Walking and talking along the trail 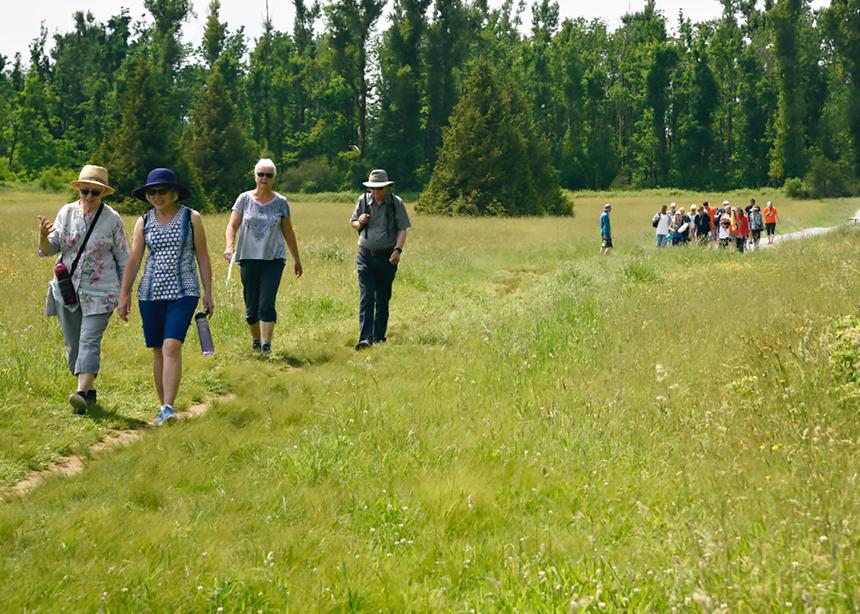 In solidarity with their First Nations neighbours, Mennonites in the Fraser Valley joined others in a Walk in the Spirit of Reconciliation from May 31 to June 2.

The event was a partnership between Mennonite Central Committee B.C., Mennonite Church Canada, and several other denominations, including Anglican, the United Church and Christian Reformed Church.

While some chose to walk on all three days, others did shorter portions of the journey.

Around a hundred participants began their walk early in the evening of May 31 at the various churches in Fort Langley, proceeding to the Kwantlen First Nation, where they were welcomed with drumming and singing by the Kwantlen elders, including Marilyn Gabriel, Kwantlen’s hereditary chief, and her family. Those in attendance enjoyed a salmon meal together and heard stories from Joseph A. Dandurand, director of the Kwantlen Cultural Centre.

The June 1 walk was along the Trans Canada Trail from Marina Park in Fort Langley to Mt. Lehman United Church.

According to Henry Krause of Langley, who walked the trail, this was a “symbolic walk of solidarity with residential school survivors, many of whom experienced abuse and tremendous loss when they were taken from their families and lands to go to school.”

Some found the 19-kilometre journey challenging but they acknowledged that their Indigenous brothers and sisters had also experienced a hard journey.

The event concluded on June 2 in Mission, a walk starting from the bridge to Pekw’xe: Yles, site of the former St. Mary’s Residential School. As the walkers approached the school, they were greeted with music by an Indigenous dancer and drummer. Inside, they toured the buildings with Naxaxalhts’I (Sonny McHalsie), took part in a Kairos blanket exercise, and heard stories from several generations who had attended there. It was noted that June 2 was the fourth anniversary of the Truth and Reconciliation Commission’s final report.

Al Friesen of Abbotsford, who, with his wife Marlene, walked the entire weekend, said the symbolism of walking was appropriate because “we’re on a journey and we want to learn from others in the faith community.” He added that one act of support for Indigenous people is simply listening. “As Mennonites, we get so focused on doing,” he said. “We’re very task oriented, [but] the Indigenous say, ‘We’ll get on to the task of reconciliation but let’s sit down and share and tell stories first.’ ”

This was the fourth annual Walk in the Spirit of Reconciliation, and organizers are hoping that next spring’s event will bring out even more walkers from the Mennonite community. 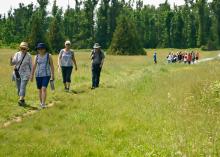 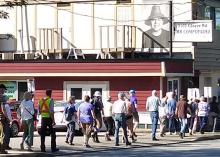 Walkers approach the former St. Mary’s Residential School in Mission, B.C., on the final day of the Walk for Reconciliation on June 2. (Photo by Deborah Dejong) 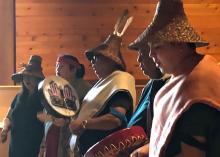 Drummers welcome walkers at the Kwantlen Nation Longhouse, Fort Langley, B.C., to begin the Walk in the Spirit of Reconciliation on May 31. (Photo by Ian Funk)