Walk of hope in support of refugees 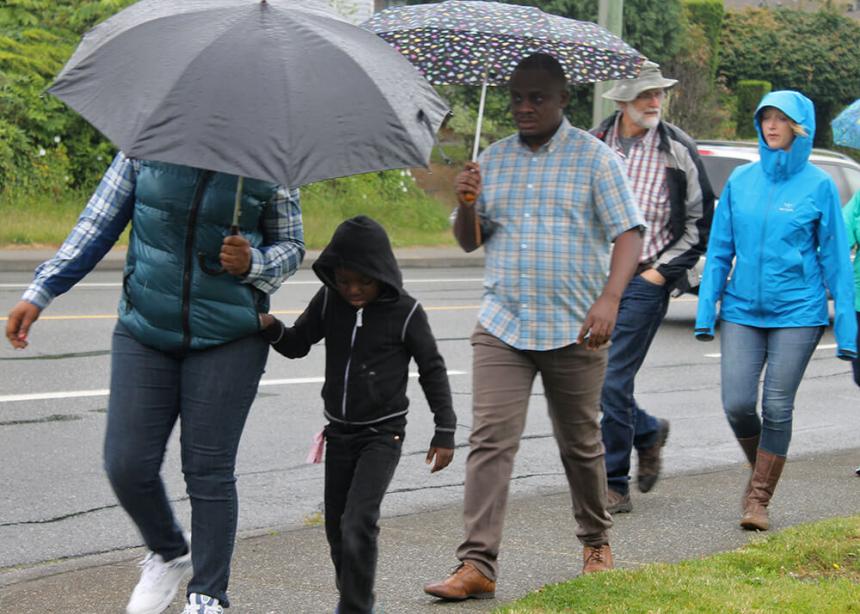 The rain that fell on the morning of June 18 didn’t stop a group of walkers from making a three-kilometre trek in support of the upcoming World Refugee Day.

Starting out from the Abbotsford Pentecostal Assembly church, the group—including adults and children, the able-bodied and those in wheelchairs, long-time community residents and newly settled refugees—ended up 40 minutes later at the MCC Centre on Abbotsford’s Gladys Avenue. The Refugee Hope Walk was sponsored by Mennonite Central Committee (MCC) B.C. in observance of World Refugee Day on June 20, a day to commemorate the hope, resilience and strength of the 60-plus million refugees around the world.

“The Refugee Hope Walk aims to celebrate the hospitality of our community and the stories of those who have safely arrived here, while continuing to inspire hope for those still waiting—both the refugees and the sponsors awaiting their arrival,” said MCC spokesperson Julia Buckingham.

Each participant carried a square of fabric, which they fastened to a quilt on a wall in the MCC Centre lobby upon arrival. The patchwork of colourful materials was intended to symbolize the patchwork of a society with many different peoples.

“When you put [these things] together, you make something even more beautiful,” said Wayne Bremner, MCC’s executive director.

Abbotsford Mayor Henry Braun, himself a product of a Mennonite refugee family following the Second World War, extended a welcome to all newcomers on behalf of the city and its council, saying, “Together you represent hope for the future. There is a whole community of support to support each one of you. I am living proof that, by making a difference in the life of just one refugee, you’re making a difference in generations to come.”

Several former refugees and current sponsors also spoke, encouraging the community to continue to be welcoming to newcomers. 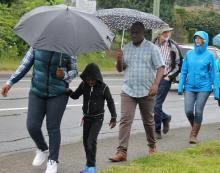