A walk in the dark 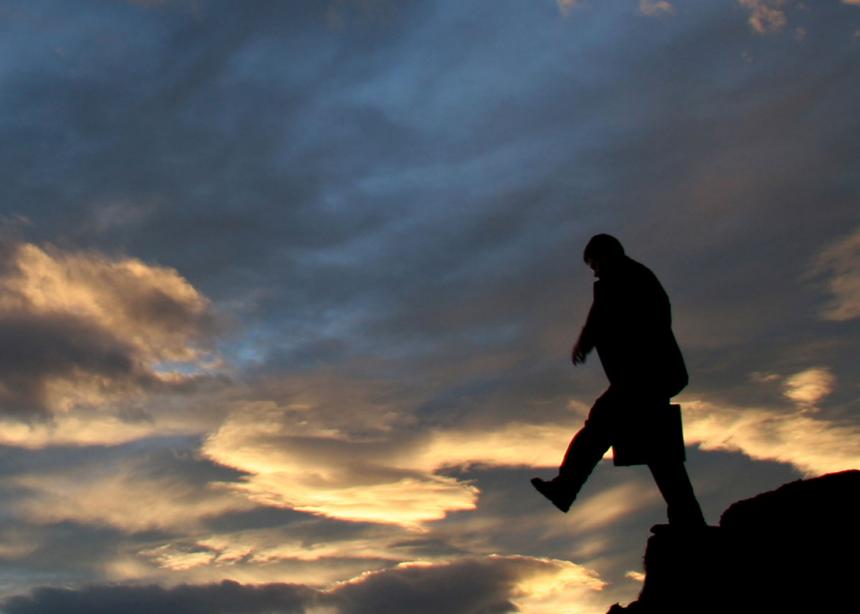 I remember one particularly bleak season for us, when a member of our family was dying during Advent, whom we went to visit and then stayed for the funeral. We flew home the week before Christmas. There was not one decoration up in our house. I’d had no time for Christmas shopping or baking. I had no energy to do anything. My heart just felt cold and heavy when I listened to the cheery Christmas music playing all around me. All I could think of was the person who was gone, and the suffering that we had watched. Christmas seemed off-key, misplaced, misbegotten.

I still remember being in church on that fourth Sunday of Advent. I had no voice to sing, but I heard my community sing all around me, “O come, O come, Emmanuel, and ransom captive Israel, who mourns in lowly exile here.” These were words I could hang on to: “Disperse the gloomy clouds of night, and death’s dark shadows put to flight.” The people of Israel were a people in chains, under the heavy boot of a Roman occupying army. Many were looking for God, but the prophets had gone silent. Where was God in that darkness?

In the Christmas stories, Mary and Joseph both receive revelations, but that doesn’t mean they knew everything. They were still walking in darkness.

I can just imagine Mary the night after the angel has left. She’s lying in bed, thinking about everything that has just happened to her. Suddenly she sits bolt upright: “I forgot to ask the angel, who is going to tell Joseph?” Maybe she hoped Gabriel had paid Joseph a visit at the same time. I can picture Mary looking at Joseph the next day, wondering if he was going to mention the angel visitor. Day in, day out, she waited.

I wonder if Mary agonized, “Should I tell him or not?” I wonder if her prayers were, “Lord, you have to tell Joseph today. Please! Today!” She didn’t want Joseph to be in the dark, but what were the chances of him believing her?

And then the time came when Joseph finds out about the pregnancy. Did he figure it out himself? Did Mary tell him? Did a neighbour share that juicy bit of gossip with him? Or maybe his mother told him, after hearing it at the well. We don’t know how Joseph found out Mary was pregnant. We do know that he decides to divorce her. He feels that the relationship must end.

In the Orthodox tradition, with its many paintings of biblical stories, the story of the birth of Jesus sometimes has Joseph in a corner, looking glum and dejected as someone whispers something in his ear. He is hearing bad news: Mary is pregnant.

If Joseph was dismayed, Mary’s situation was worse. She faced disgrace and the prospect of raising her son without a father. She was gaining a child, but losing a husband, a terrible situation in that time and place. Dark times for both Mary and Joseph.

And then Joseph is sent a dream. He’s told that Mary conceived by the Holy Spirit. And that they are to parent a child who is a Saviour for their people, who will save them from their sins. Suddenly, Joseph sees the light.

I wonder if Joseph or Mary ever wondered, “Why, Lord? Why couldn’t you have told us both the news at the same time? Why did we have to go through that period of darkness? It was so hard for us! Why?”

Recurring dreams about the dark

Not knowing something is often described with that word picture, of “being in the dark.” Darkness is a basic primal human fear. We fear that danger lurks in the darkness. Or if we are travelling in the darkness, we fear losing our way. Will we ever get home?

I have had recurring dreams about darkness. I’ve dreamed I’m driving and need to turn in a certain direction, but it’s entirely dark, I can’t see a thing. Or I’ve had dreams where I’m looking for something but I can’t open my eyes to see. I’m looking and looking, but my eyes won’t open, and I don’t know what’s there. Those dreams are always gripping and scary.

Relying on God in the dark

Even though it was stressful, we can see that Joseph and Mary both relied on God in the dark. Mary, even though she probably knew that Joseph was going to divorce her, decided to keep the baby, even though in those times there were undoubtedly ways of making pregnancies end. She decided to go through with this even if everyone deserted her; she would rely on God. And Joseph, even when he was walking in the dark and thought Mary had been unfaithful, didn’t become vindictive and spiteful. He was a righteous man, and resolved to do the right thing, which was to divorce Mary quietly.

Joseph’s dream illuminated his path, but only to a certain extent. The first dream he had didn’t end with the question, “And have you ever thought of moving to Egypt?” Maybe that would have been too much for poor Joseph—the last straw that would have sent him running from the scene saying, “This baby is arriving with too much baggage!”

In the same way, in that first meeting with Mary, Gabriel didn’t say anything about where the baby would be born, and under what circumstances. While Mary knew he would be a Saviour, she wasn’t given all the information. It was when her baby was safe in her arms that Simeon in the temple told her, “And a sword will pierce your soul also.” Mary was in the dark about that statement for Jesus’ whole life. God gives light, but, mercifully at times, also protects us from illumination that would overwhelm us.

Embracing the reality of darkness

Maybe this Advent finds you walking in the dark, taking groping, fearful, tentative steps. Will the medical test results come back positive or negative? Will the bank foreclose on the farm this year? Will my husband come back to me? Will I ever find a job? Is it war or peace? What country will accept our refugee claim? What will climate change look like in 20 years? Is God real? Does God love me?

We live in dark times, where we feel unsure of many things. And it’s a mystery why some receive illumination, and others plod along fearfully in the dark. We don’t know why Joseph’s dream was delayed, or why it took so long for a Saviour to appear.

As congregations, as churches, we will gather on the evening of Dec. 24, and the chorus, “O Come, O Come, Emmanuel” will ring out into the night. We join with Jesus, who is also waiting, waiting to be born again in this pregnant darkness—born again in the hearts of all who work for peace.

Carol Penner teaches and writes in the area of practical theology. After many years as a pastor in various Mennonite congregations, she joined the faculty of Conrad Grebel University College this year. Her research interests include feminist theology and Mennonite peace theology, and abuse issues. She has a popular blog of her worship resources at leadinginworship.com.

1. Can you think of times when you were walking in darkness, with despair calling your name? What kinds of situations cause us the most anxiety? Mary and Joseph received messages from an angel of God. In what ways did they feel reassured and in what ways more anxious?

2. Carol Penner writes, “We live in dark times, where we feel unsure of many things.” Do you agree? What are the things we are most unsure about? What are the larger forces in the world that have caused society to lose its optimism about the future?

4. Penner affirms that “we worship a God who shows up in the darkest places.” When has God’s light surprised you? What are some signs of hope that God is at work in your family, in your congregation or in your community? 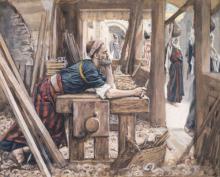