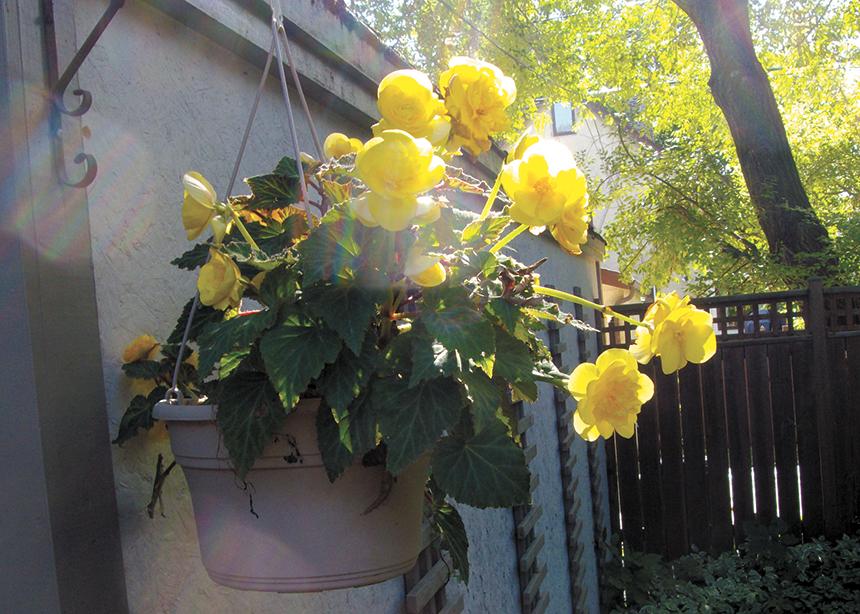 “Wait watchfully,” wrote Rainer Maria Rilke in a prose poem he penned around 1895, which my husband and I read on an autumn morning during our quiet time a couple of years ago. Sounds much like Thich Nhat Hahn’s mantra to “live mindfully” in our scattered and speeded-up world, we agreed, something we first read about in the mid-1980s, when we’d just returned from our second overseas Mennonite Central Committee assignment in South Africa. At that point, we felt overwhelmed by the pace of life and “getting ahead/consumer-style” preoccupations in North America.

But now, 20 years later, living mindfully has almost become a cliché, with books on the theme multiplying like daisies in spirituality sections of bookstores and libraries everywhere. So there was a sense of having “been there and done that” already.

Yet Rilke’s words to “wait watchfully” caught our attention in a fresh way that day. They resonated with our present state of being—unsettled and caught up as we were in the throes of listing and selling our long-time Winnipeg home as we contemplated making a major move “east” to be closer to our kids and grandkids in our senior years.

All of this uprooting required a lot of waiting and watching as we opened ourselves to new ways of being. We suddenly found ourselves sprouting a different vocabulary that included words/ideas like “staging your home so others can imagine themselves in it”; and doing showings, admittedly not of the Julian of Norwich spiritual variety, which she experienced and wrote about in the 14th century. These spiritual “showings” are increasingly popular now, encouraging and reassuring distressed spiritual seekers that ultimately “All shall be well. “

Our own showings involved more pedestrian and worldly things like opening our home, which had become a sacred space for us over more than four decades, knowing that these walls bore many memories of living and loving here with family and friends. So, for strangers to walk through and explore all the nooks and crannies felt “inappropriate,” as our five-year-old granddaughter described it when her family moved house a year earlier!

But seemingly that’s what it takes to sell a house these days. So we found ourselves in a constant waiting and watching mode, anticipating showings, checking email and phone messages to see when the next visitation of our home would be happening. And, when a specific hour was announced, we hurried about tidying up our already immaculate and “nicely staged” home (thanks to a whirlwind of creative help from several siblings), then grabbing our computer case, stuffed with valuables like passports, ready to head out the door to run errands, visit a friend or go for coffee.

But then the phone would ring, or the computer would ping ominously, noting an incoming email message informing us that the showing has been cancelled or postponed due to a client held up by a business meeting, or even by something more exotic, like having forgotten that the viewer was scheduled to serve as an extra on a movie shoot that day!

But thankfully, after about a dozen or so of these showings and revelations, we were grateful that people were mostly respectful and careful of our home. It was also fun to spot small signs of little ones having walked through our home, such as re-arranged chess pieces and crokinole buttons on their respective boards, or a children’s book turned upside down in the book basket. And it pleased me to think that these wee ones might be part of the new family who would call this place home, loving both the house and the community as we had done, and shoring up their own memories in the years ahead.

So, as we hurried out the back door in anticipation of another visitation, I’d sometimes whisper softly: “Do your stuff, beloved home. Shine a welcome for your new family!”

And finally, after a couple of false starts, just the right young couple arrived. They immediately fell in love with our home and the community because it was already familiar, since one of them had grown up on the next street! They eagerly made an offer—accompanied by a gift of homemade cookies!—both of which we gladly accepted. There was happiness all around.

Epilogue: This past summer, almost three years later, we drove by our former home again and saw signs of loving care still being lavished there. The perennials were blooming brightly and a new garden gate had been installed to privatize the backyard, suggesting perhaps that there might be little ones playing back there! We continued gratefully onward, giving thanks that our watchful waiting had been worthwhile, and that, truly, “All shall indeed be well.” 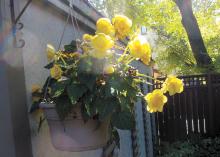 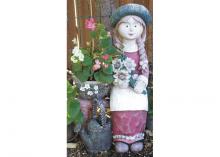 I'm happy to say I'm Leona's "baby" sister, Betty. I've always admired my sister's kindness, thoughtfulness, quiet wisdom and mindfulness. She never had to try being mindful, she just was and is. Rarely have I met anyone with the empathy and kindness she has for others. Leona is so much like our Mother, who was an angel on earth and now an angel in Heaven. Her writing skills are incredible and our whole family is very proud of all her published work. When she writes an article or story, you can "feel" what she is saying.

When I read this article I felt again the warmth and joy of the hospitality Leona and Peter showed us when they had us over for family dinners and or even my impromptu stops for tea while in the area for business. Their Winnipeg home was lovely and inviting inside, with well-tended flower gardens and lawn. I remember how big the decision was for them to leave this family home of forty years, Leona and I spoke of it with misty eyes at the last lunches we squeezed in before they left for Waterloo, and I remember how happy they were with the new owners, who seemed a perfect fit for their cherished family home. Leona, I love how you whispered to your home, "Do your thing" for showings. With the lovely history you had created there, it certainly did by putting just the right people in there.

Leona, you are beautiful inside and out and are an incredibly gifted, talented writer. Please share more of your articles. There isn't one that hasn't touched me in a special way.