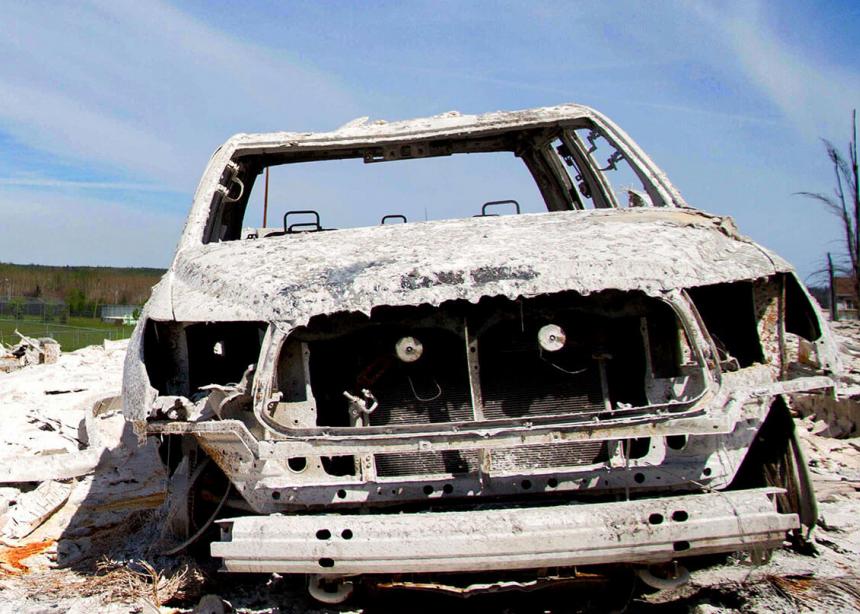 The road ahead for the recovery of Fort McMurray, Alta.—devastated this spring by wildfires that forced the evacuation of 88,000 residents while consuming and scorching large swaths of residential areas—will be dictated somewhat by the reality of the local and provincial economy, but also by when and if people return to the city.

Almost four months after the fire, Rachel and Patrick Drapeau are still unsure about when they will be able to move back into their house. Since then, the couple, who were featured in “Fleeing the Fort McMurray fire,” have lived with Rachel’s parents in Edmonton.

Patrick commutes by air to his work as a quality assurance inspector with Canadian Natural Resources Limited, and Rachel continued working as a materials engineer for Syncrude via computer until the Aug. 2, 2016, arrival of their first child, a son they named Ashton.

“Patrick has been back to the house a couple of times to remove the fridge and work with insurance adjusters,” Rachel says. “Many people in our neighbourhood are waiting to begin clean-up inside their homes until the fire debris is cleared.”

Rachel and baby Ashton will remain in Edmonton until the debris clean-up is finished and they feel it is safe to return. They plan to set up their holiday trailer in the backyard while their house is cleaned.

Even for those with intact homes, like the Drapeaus, many problems remain. Questions about toxic dust from the debris; deciding whether to allow insurance companies to make all the cleaning decisions or whether to take a payout and do it themselves; being unsure of what amenities are still available; finding a doctor when many have not returned to the city; and not knowing what has happened to neighbours, all weigh on returnees. Things like taking Ashton for a neighbourhood walk in the stroller or going to a nearby green space are out of the question for the foreseeable future.

“It will be different living in a community that is a fraction of what it used to be until the rebuilding gets underway . . . odd and very quiet.” Rachel muses.

Although going back will have difficulties, Rachel says, “We are still excited to go back home. We don’t want to be in ‘Limbo-Land’ forever.”

She is also hopeful that one outcome of the disaster might be positive. “I have seen a lot of social media interest in meeting neighbours and being more engaged with the local community,” Rachel says. “We’ve all shared this same experience.”

Fort McMurray, as with much of Alberta, is an oil-based economy mired in recession.  For that reason alone, it is uncertain who and how many people will return, and, if they do, whether they will have employment.  It is hard to consider rebuilding if there are fewer job opportunities. And with winter only a few months away, employment opportunities lessened, the lack of housing and an exhausted regional government and community struggling with resettlement issues, there are more questions than answers.

A team of Mennonite Disaster Service (MDS) representatives learned these hard realities last month, when they attended meetings in Fort McMurray with local recovery representatives, during which time they gained a sense of the recovery structure established by the regional government. They also saw a clear role for assisting local recovery efforts, but perhaps not right away.

“With the disaster evacuation, many people have decided or are deciding whether to return to this isolated city,” Ross Penner, MDS Director of Region V Operations, says of what he learned during the visit. “This has impacted municipal staff—some of whom don’t have housing themselves . . . . Already we are hearing stories of those who will not rebuild. . . . No one knows what percentage of the city has actually returned, and the beginning of the school year will be the first opportunity to make an estimate on the percentage of residents returned.”

Still, there is a level of hope that comes with MDS and its partners. Together, they have formed a non-governmental organization working group to help support the local recovery efforts and eventually participate in the rebuilding. With winter around the bend, the rebuilding efforts may not begin in earnest until April 2017 at the earliest, according to Penner.

“No one said it was going to be easy and happen overnight,” he says. “But there is hope, and we will keep believing and placing our hope in God to rebuild this community.”

With files from Mennonite Disaster Service 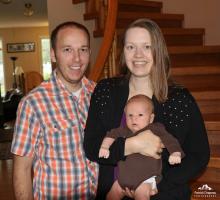