Voices in the wilderness 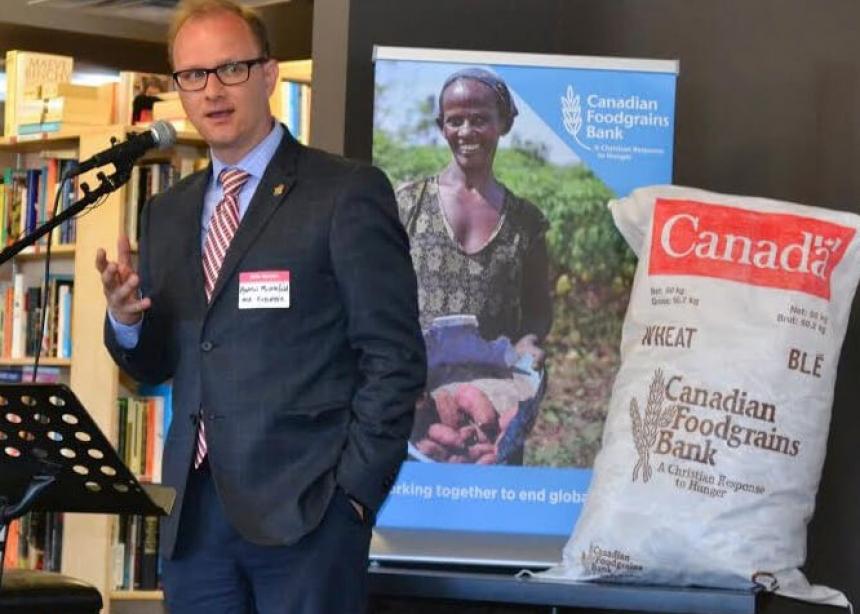 Raising awareness and funds for the ongoing demands of the global refugee crisis was the goal of a “ration meal” lunch hosted by Canadian Foodgrains Bank at Sam’s Place in Winnipeg on June 20, 2016, to honour World Refugee Day.

Ahmad Khattab, a former refugee from Syria who is now settled in Winnipeg, was a keynote speaker at the event. His sharing centred mostly around his previous work in Syria as an English teacher, his hope of working in his own field again some day, and his excitement for the progress his family has made since coming to Canada.

“My wife is now taking EAL [English as an Additional Language] classes, and our two children are attending school,” he said. “Our oldest is seven and doing very well, especially in math, so says his teacher. The younger one is five. He likes to draw. And he loves to dance, which you may know in Middle Eastern culture is unusual. But I am very encouraging of him and his danc-ing, and I hope that one day he will become a dancer!”

It was clear that this family had seen dark times, but even the solstice sun couldn’t compete with the pride and joy shining in Khattab’s face.

English was a major theme in his speech. The power that English proficiency has given him was obvious, as was the importance he places on his wife’s learning. Still, it may not be obvious to the average Canadian just how pivotal English skills really are for incoming refugees.

Arsinel Mesidor, coordinator of Mennonite Central Committee Manitoba’s Provincial Migration and Resettlement Program, said that English proficiency is by far the No. 1 barrier to refugees’ successful resettlement: “Regularly we visit families and we ask them, what are their main challenges, and again and again it is always ‘learning English.’ ” He emphasized that access to quality EAL instruction is essential to achieving positive outcomes for refugees in Canada.

Mesidor explained that many obstacles inhibit refugees seeking to learn. “What is required, first of all, is more funding for the provincial EAL program, which is generally where refugees go first,” he said. “Right now, the system is overwhelmed, the classrooms are full and the wait times can be very long.” He noted that access to childcare is a major barrier for mothers, which quickly creates a Catch-22 situation.

Andrew Micklefield, a member of Manitoba’s legislative assembly for Rossmere, attended the lunch on behalf of Premier Brian Pallister, to voice the government’s ongoing support and mindfulness of refugee needs.

Regarding the specific local needs Mesidor highlighted, Micklefield responded in ready agreement. “I think, by far, language is the biggest problem [for refugees],” he said. “And the government of Manitoba wants very much to offer support [by backing current local initiatives and developing new solutions]. That said, this really is an all-hands-on-deck situation. It’s not just government groups that are needed, but church groups, mom’s groups, school groups, apartment groups. The nuts and bolts of this situation come down to all Canadians, ordinary people, doing what they can to address basic problems in simple ways.”

As headlines continue to feature boats full of people overturned in the Mediterranean, the phrase “any port in a storm” rings with greater and greater urgency. Nevertheless, Mesidor urged that, while new solutions are necessary, quality EAL teaching for refugees is critical now. 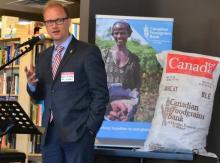