Is violence the best response to Putin?

Commentary: The current state of pacifism in Canada 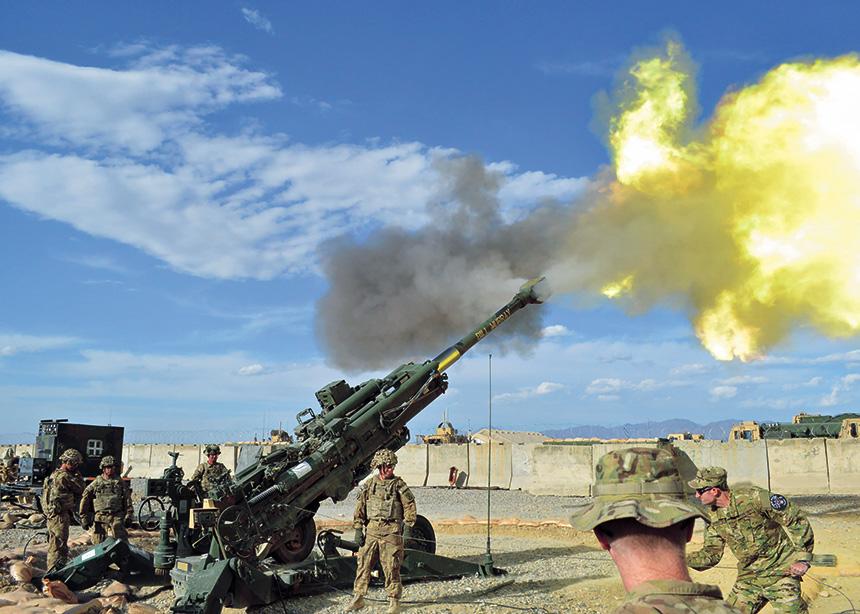 Given Vladimir Putin’s ruthless aggression, and the obvious limits of sanctions, and the brutal suffering of Ukrainians, is there room to question military response to Russia? What is the role of a peace church in this scenario?

Are we still, effectively, a peace church?

Much of the talk and action in Canadian church circles has involved humanitarian relief, refugee resettlement, and general “pray for peace” expressions. All valuable and critical.

There is less talk about the fact that our government is using our tax dollars to buy weapons. The governing Liberals have spent about $150 million on military aid to Ukraine, as of mid-May, with another $500 million allocated for the 2022-23 fiscal year. Canada’s contributions have included bullet-proof vests, meal kits, machine guns, up to 7,500 hand grenades, about 1.5 million rounds of ammunition, four M777 155mm Howitzers, eight armoured vehicles, and up to 4,500 M72 rocket launchers.

These weapons will kill people. And, some would argue, ultimately prevent deaths of more people.

What does the church have to say? Not a lot. But Mennonite Central Committee (MCC) Canada has spoken up and seen an increase in interest around peace among constituents. In an April 6 letter to the federal minster of foreign affairs and minister of international development, MCC Canada executive director Rick Cober Bauman urged “caution around both the selling and providing of arms [to Ukraine] and the direct participation with or training of those involved in military missions.”

He urged the government to instead “play a leading role in advocating for the use of nonviolent tools, such as diplomacy, disarmament, conflict resolution, international courts and support for grassroots peacebuilding and nonviolent resistance.”

Quakers in Canada have also spoken up. In an open letter to the Canadian Government, the Canadian Friends Service Committee (CFSC) writes: “War is a futile problem-solving strategy. It does not lead to peace, democracy or security. Its predictable failure comes at tremendous cost to human lives, development and well-being.” The letter also expresses heartache over the suffering in Ukraine.

Matthew Legge, the CFSC’s communications coordinator, asks a simple question: “What good do we expect from Canadian military intervention?” He points to Libya, Afghanistan and Iraq, saying there is “precious little” evidence to support any assumption that military involvement will lead to positive outcomes.

He insists that war is never inevitable or the only option, saying there were steps that various parties could have taken to avoid the invasion. He insists the money Canada is spending on military aid would be much better spent supporting peacebuilding initiatives.

Retired Manitoba farmer Ernie Wiens agrees that Canada’s military spending—both for Ukraine and generally—could do great good in the world if redirected. “Can we begin to imagine what those billions would do,” he asks, if they were used to address human need?

Wiens and his wife Charlotte have been active with Conscience Canada since 2007. The organization advocates for a change in Canadian law that would allow citizens to conscientiously object to their tax dollars going toward military uses. They encourage Canadians to redirect the military portion of their taxes (4.4 percent of net federal income tax) toward the organization’s Peace Tax Fund, where the money is held in trust. Alternatively, people can simply send a form with their tax return, saying they “support the creation of a government-controlled Peace Fund,” to which the military portion of taxes could be diverted.

Part of why the Wienses got involved with the organization was an article in this publication in which Janet Plenert asked what would happen if a thousand Mennonites would take the Conscience Canada challenge. Wiens says that, in his “naivety,” he thought surely there would be a thousand Mennonites willing to do so. He wanted to be one of them.

The number of Mennonites and others actually willing to redirect military taxes—which is an act of civil disobedience—is a small fraction of Plenert’s vision. In fact, the organization contemplated folding altogether this year, although ultimately decided not to.

Wiens traces his pacifist passion to his Mennonite upbringing, some formative Bible passages (Micah 4, Ephesians 2, and the Sermon on the Mount, among them); and the visit of MCC’er Dan Zehr, who had been in Vietnam, to his home congregation of Glenlea Mennonite Church in Manitoba when Wiens was a young man. Zehr imagined an American youth and a Vietnamese youth enlisting in their armies for similar reasons, then coming up over opposite sides of a hill in battle to face each other. “Who should shoot first?” Wiens recalls Zehr asking.

With respect to Ukraine and the brutality of Putin, Wiens says it can seem like a military response is the only option, but he feels Canada would do better to step back from NATO, take a neutral stance, and redirect military spending. He notes that, for the cost of one soldier, Community Peacemaker Teams could deploy many peacemakers.

Wiens would like to see the church be more vocal. “In a sense, we become silenced because we don’t want to offend,” he says. “Meanwhile the carnage goes on.”

And even though this is in some ways a most inopportune time to suggest alternatives to military intervention, Wiens notes a recent article on the topic, in which Sojourners editor Jim Rice writes: “Moral analysis does not wait for the correct, acceptable, poll-tested moment. History is replete with examples of movements that insisted and persisted in their efforts, even when the time was not ‘right’ and the cause was ‘impossible.’ ”

And so, while many Christians continue the good work of addressing humanitarian needs arising from the Russian invasion, Conscience Canada also carries on, and organizations like MCC continue to support peacebuilding efforts that might just help to avert the next invasion somewhere else in the world. 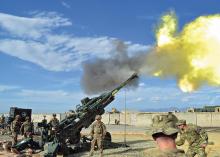 Seems we oppose war, when it affronts us while we’re pursuing our economic and other consumptive dreams and visions.

Perhaps redirecting tax dollars to Peace studies is still a viable option, and needs to be pursued. John R Dyck was a worthy pioneer in pursuit of such a dream.

At risk of sounding like a naysayer, however, we also face the serious query: if we were able to establish a Conscience Tax diversion program, would these wars bother us less? Would we become (more) complacent, (even self-righteous), patting ourselves on the back, relieved that, WE, and our taxes, at least, were not guilty of directly supporting the wars being contemplated &/or fought?

It is appalling to see how quickly and easily we find ourselves slipping into a state of world affairs, where loss of human life is (again) considered to be hardly more than “collateral damage”, where millions surviving the onslaught are displaced, without so much as a “by your leave” from protagonists.

Perhaps we are simply such a corrupted human race, who, while speaking peace, find ourselves invested in injustices, around the world, to pay for our selected or chosen dreams of wealth, politically designed local stability, with aspirations for a trouble free future, for ourselves, unfazed by the unseen, unreported, or under reported atrocities being committed all over the world, (in our name) to maintain and sustain OUR privileges/gains, “rights”, & profits as we prefer them to be?

What, exactly, are we pursuing when we talk of peace-making?

Are we the ones cited in the biblical voice, “Preaching peace, peace, when there is no [realized] peace!”?

I lament my/our own sense of powerlessness, in the face of so many violent failures of peace in small interpersonal and in global affairs.

Two possible ‘peace church’ responses to this evil slaughter:
The churches in Canada reach out to the churches in Russia and Ukraine and form closer ties of mutual aid, service, communication. Heal divisions within the body of Christ.

The churches in Canada marshal their resources to meet the needs of the fleeing displaced refugees.

The mindset that conflict and warfare are endemic to the very nature of humanity is as old as—even older than—written history. A country in which relations with neighbours have long been so thoroughly cultivated that defensive weaponry and a defense structure no longer makes sense, well, good luck finding that. Canadians are growing up with a consciousness that says violence on every level is to be expected, and that its defense requires military/policing structures that escalate at a rate commensurate with perceived conflict. My observations tell me that in most of our classrooms, homes, churches, political organizations and on the street generally, valour wears a uniform and carries the willingness and wherewithal to demand an eye for an eye, and thereby to deter the "evil ones." In this environment, the withholding of war tax, even the conscientious objection to military participation, have proven to be futile gestures. We must, of course, continue as effectively as we can to hold up the candles of reconciliation and diplomacy while encouraging, with whatever influence we can muster, a peace and antiwar education of youth. As long as our admirations coalesce around sleek fighter jets, crisp uniforms, precise marching and "obedience over judgment," while downplaying the cruel, wasteful sinfulness of weaponized "solutions," there is little to hope for.