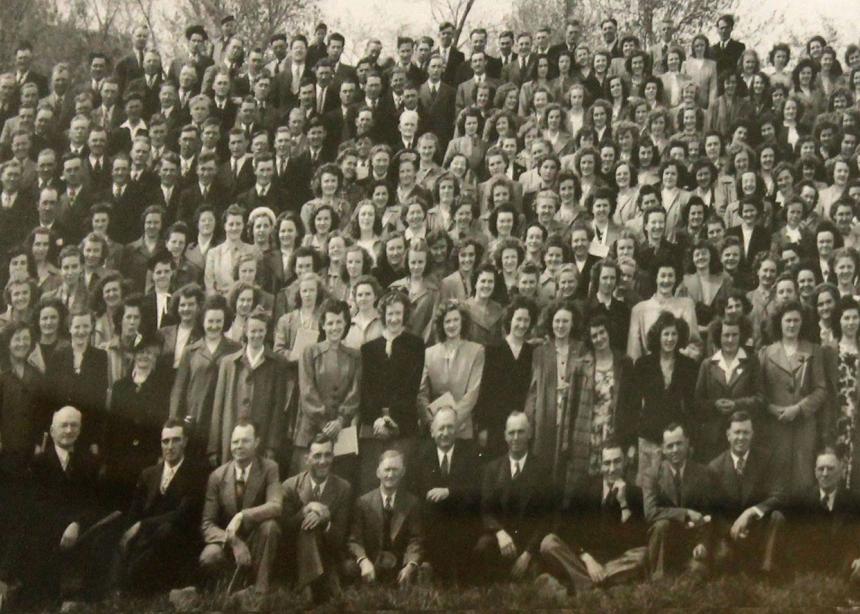 Anna Rehan has logged countless hours of volunteer time as Mennonite Church Saskatchewan’s music librarian. Appointed by the area church council, her mandate was to organize the large collection of music known as the MC Saskatchewan Music Library.

At one time, there was an area-church-appointed music committee responsible for planning an annual choral songfest. Rehan says that the earliest reference to a music library in the committee’s minutes was in 1968. Although others were involved over the years, it is the name Albert Wiens that stands out. Wiens led the songfest for many years, and the music library was his brainchild, says Rehan. When he passed away in 2002, his widow Katie assumed responsibility for the library. But as she grew older, she found it increasingly difficult to care for the growing collection. Rehan took over from her nearly two years ago.

Her first job was to cull any music that was not being used anymore, that was theologically outdated or musically too difficult, or that was simply inappropriate. Of approximately 1,300 titles, Rehan culled close to 500 works. Because the decisions weren’t always easy, she called on Ted Janzen of Rosthern Mennonite, Ben Pauls of Zoar Mennonite in Waldheim, and Russ Regier of Mount Royal Mennonite in Saskatoon, to lend their choral expertise.

Some of the music that was culled was donated to Rosthern Junior College and some of it went to the Saskatchewan Choral Federation. About 40 boxes were recycled. However, of each title that was culled, Rehan sent two copies to the Mennonite Historical Society of Saskatchewan Archives at Bethany Manor in Saskatoon.

“So it’s not totally gone,” she says. “If somebody really wanted to use that stuff, they could copy [it], because most of that would be out of print anyway.”

While she culled, Rehan also added to the library. When Bethany College in Hepburn, Sask., closed in 2015, she approached the school to see if it would be willing to donate its choral music to the library. The college agreed, but asked whether the music would be available to the Mennonite Brethren churches with which the school had been affiliated. Rehan’s answer was, “Yeah, for sure! Why not?”

Rehan would really like to see people use the library. “We want to make this available,” she says. To her knowledge, it is unique in MC Canada. She hopes that more MC Saskatchewan congregations will avail themselves of this treasure, but adds, “We’re open to others borrowing as well.” Churches of other denominations or MC Canada congregations from outside Saskatchewan are also welcome.

This willingness to be a resource for other churches comes with awareness that not all churches enjoy the same music. “We’ve tried to be mindful of the type of music that they would want to use as well,” says Rehan, “even if it would not be something that we would sing.”

The library houses choral music for all voicings. There are unison selections appropriate for children’s choirs, as well as pieces for treble voices in various combinations. There is a section with music for men’s choirs. One large cabinet contains only Christmas music, while another holds Easter selections. Shelves above these cabinets hold oratorios, cantatas and songbooks. But the bulk of the collection consists of general works for mixed choirs in four-part harmony.

The collection—located at First Mennonite Church in Saskatoon—is catalogued, and Rehan hopes to eventually publish the catalogue online. For now, visitors may consult a print catalogue. Each entry includes a piece’s title, composer and publisher, along with the number of copies available to borrow.

While anyone may borrow music, Rehan encourages MC Saskatchewan churches to purchase $30 annual memberships, which help pay for needed supplies. Rehan is available by appointment to help people find what they need, or visitors may drop by First Mennonite between 9 a.m. and 5 p.m. when church staff are available to unlock the library door. Churches may borrow music for up to three months.

“It’s a bigger job than I thought it would be,” Rehan admits, but quickly adds, “It’s something that I enjoy. For me, it’s life giving. As I go through music, I find it’s time I spend with God. It wasn’t a hardship to do this.” l 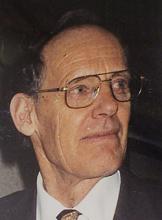 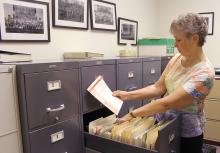