The report acknowledged tens of thousands of deaths of civilians in the concluding phase of Sri Lanka's prolonged war against Tamil separatists. 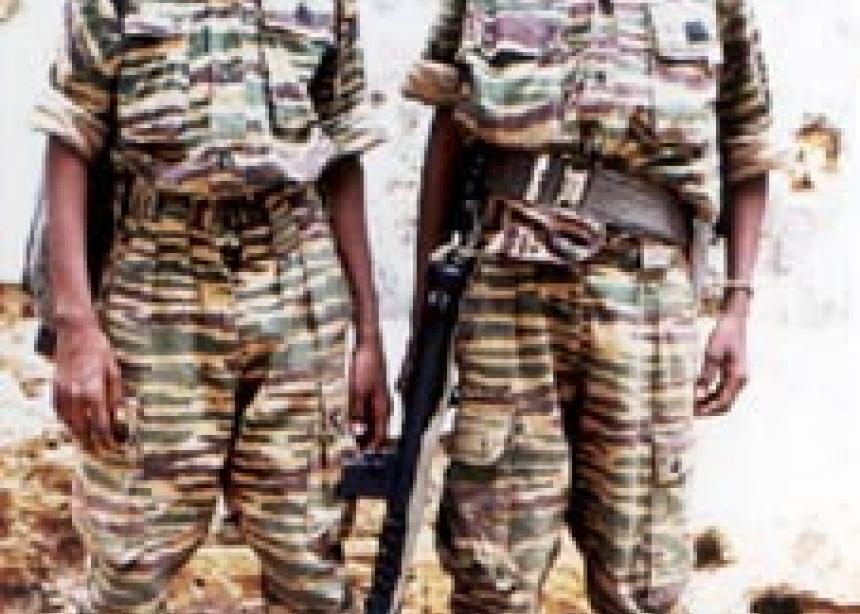 The report of a special U.N. panel that investigated allegations of massive human rights abuses in an ethnic war in Sri Lanka has prompted mixed reactions.

"We are relieved that finally the report has been made public (internationally). But the response (to the report) here is shocking and disappointing," Ruki Fernando, coordinator of a group of about two dozen clergy and lay people calling themselves "concerned Christians" in Sri Lanka told ENInews on April 27.

The report of the panel, set up by the U.N. secretary general, acknowledged tens of thousands of deaths of civilians in the concluding phase of Sri Lanka's prolonged war against Tamil separatists. The panel, which was denied entry to Sri Lanka, also gave graphic details of the final phase of the war during January to May 2009.

"Hospitals, U.N. centres and Red Cross ships were deliberately shelled by government forces, prisoners shot in the head and women raped, while Liberation Tigers of Tamil Eelam (LTTE) leaders used 330,000 civilians as a human shield," the report pointed out.

Fernando said the Sri Lankan government and media is trying "to project the report as 'a conspiracy to discredit Sri Lanka.'"

The report was made public days after the "concerned Christians" made an appeal for the release of the report. "If the report is released in Sri Lanka in Sinhala and Tamil languages, the people will get a chance to know exactly what happened in 2009," said Fernando.

Retired Anglican bishop Kumara Illangasinge, one of the signatories to the statement told ENInews that "Finally, there is a credible report on the war of which many Sri Lankans were not aware of."

"We need reconciliation and it should be built on truth. But it is sad that even the nationalist media here is portraying the U.N. report as a conspiracy," said Illangasinge.

From 1983, Tamil rebels carried out a campaign for autonomy for ethnic Tamil majority areas in the north and east that claimed nearly 100,000 lives. The conflict was rooted in the hegemony of Sinhala speaking majority Buddhists who account for over 70 percent of Sri Lanka's 20 million people over the Tamil-speaking people that make up 18 percent of the population.

Meanwhile, Jehan Perera, a peace proponent and a Catholic, in a syndicated column pointed out that the U.N. panel report has "sharply polarized Sri Lankan society and is likely to do so even more unless the government takes remedial action."