Armed with Bibles, walking sticks and rosaries, the leaders said they ventured three times between 2003 and 2005 into the Garamba forest in the Democratic Republic of Congo to meet Kony. 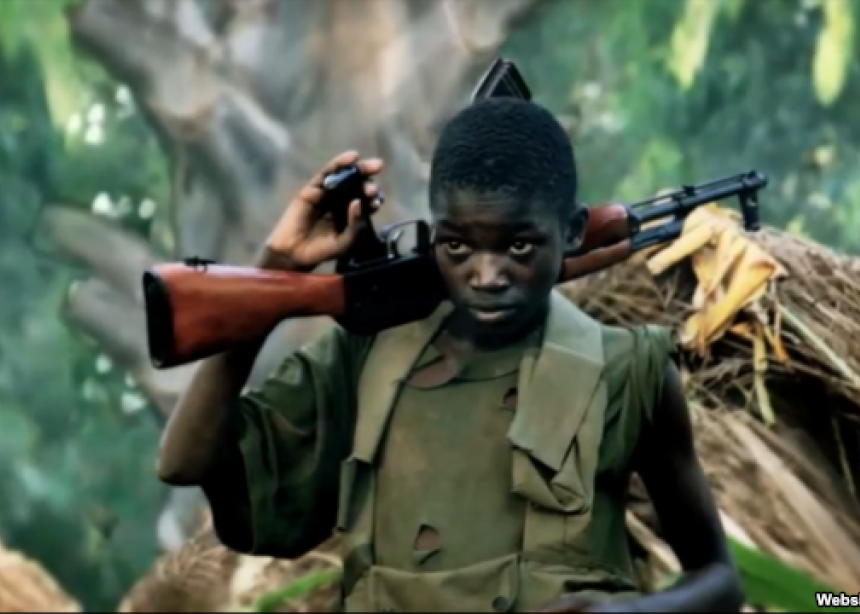 Although the Internet video "Kony 2012" is bringing world attention to an infamous Ugandan warlord, calling for his arrest this year, it doesn't mention much about the church leaders who continue to work for peace in Northern Uganda and central Africa and recently recalled their encounters with Joseph Kony.

Armed with Bibles, walking sticks and rosaries, the leaders said they ventured three times between 2003 and 2005 into the Garamba forest in the Democratic Republic of Congo to meet Kony. "I had gone there with a lot of fear," recalled retired Anglican Bishop Nelson Onono-Onweng of the northern Uganda diocese in an interview with ENInews.

Kony, who is currently at large in central Africa, has been leading a rebel group in Uganda since the late 1980s, often kidnapping teenagers to serve as his soldiers. Nearly 60,000 children have been abducted by Kony's Lord's Resistance Army (LRA) since 1986, according to the U.N. "Kony 2012" tells the story of one such child soldier, Jacob, and urges the world to bring Kony to justice.

Onono-Onweng said religious leaders went to "talk peace" with Kony, tell him people were suffering due to his LRA attacks and talk about the kidnapped children.

Roman Catholic Archbishop John Baptist Odama of Gulu was and still is a senior leader of the Acholi Religious Leaders Peace Initiative (ARLPI), an interfaith organization formed in 2002 to work for peace in the region. The Acholi are the dominant people of northern Uganda.

"We believed a peaceful settlement of the conflict was the best option. So we began advocating for peace talks between the LRA and Government," said Odama.

Through the ARLPI, which included Christians, Muslims and tribal elders, the leaders promoted non-violence and peace-building methods through organized meetings, peace clubs and prayer groups.

The work was often carried out in displaced persons camps, which by 2004, held more than two million people due to LRA attacks. People from faith groups were also caring for former child soldiers, some of whom had been released by the LRA, while others escaped. At the same time, faith leaders were trying to negotiate peace.

"We had to be the conscience of the society. We had to be the link between the government, LRA and the public. We ensured that in any peace negotiations, there was a representative of the religious community. I don't know whether the current peace would have been achieved, if the religious leaders were not involved," said Onono-Onweng.

In 2006, the rebels announced a ceasefire partly due to the faith leaders' efforts. A year earlier, the International Criminal Court at The Hague, Netherlands had indicted Kony and five other senior rebel leaders. However, that action caused Kony to become suspicious of peace efforts, the faith leaders said.

One of the achievements of the faith initiative was what is called the Juba Peace talks which started in July 2006. They went on for two years and got very close to delivering a peace agreement. In 2008, it broke down after it appeared Ugandan President Yoweri Museveni was favoring a military option to end the conflict, while indicating he was keen to sign a peace agreement.

"The dialogue we started went far and would have ended the problems, but there was loss of confidence and trust," said Odama.

However, Kony left northern Uganda and is now believed to be operating northwest of Uganda around the borders of the Democratic Republic of Congo, the Central African Republic and South Sudan.

Although there is relative calm in northern Uganda, said Odama, there are urgent resettlement needs, communities need support to produce enough food and many parents are too poor to afford school fees. "So our main challenges are in agriculture, education and health," said Onono-Onweng.