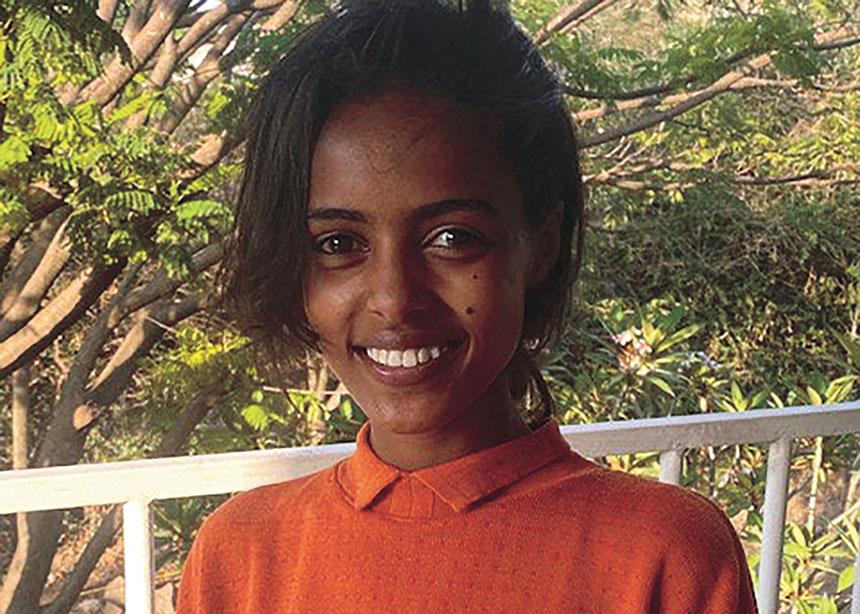 Mennonite Church Canada Witness worker Werner De Jong teaches at Meserete Kristos Seminary (MKS); his classes are mostly made up of third- and fourth-year students. Fourth-year students in the English program are required to do a research paper, which they must defend at the end of the term. Two of the graduating students are profiled below.

On any given day over the last four years, it would not be uncommon to see Ermako Awano with his hand on a hose making sure the plants on the MKS compound are watered.

A student in the peace studies program, Awano says he believes that, in caring for the MKS garden, he is “bringing shalom to the life of the students by creating beauty and being a good steward of what God has made.” With a small budget he has managed to cultivate a wide range of plants, including mango, banana and coffee trees.

As his time at the seminary comes to an end, he says: “I now feel ownership, like this is ‘my’ compound, and it has motivated me to work.”

Some students have nicknamed him Adam.

His research paper will be related to shalom. As a peace student, he says he chose to “analyze traditional conflict resolution by studying the Gamo tribe.” Living in Arba Minch, he is interested in learning from a local Orthodox tribe whose elders are brought in, even by the government, to resolve conflicts through mediation, rather than taking cases to court. Part of their resolution process is to kneel down before the parties while holding grass and begging them to work on resolving the issue. Youth respect them and will put their guns and stones to the side when asked.

Awano is 30 years old and has been married for eight years. Before they married, his then fiancée, Yimegnushal, called and asked that they adopt an orphan. She had found a baby boy who had been abandoned with the umbilical cord still attached.

Awano gladly agreed. The child’s legs were in the shape of a half moon. That, combined with malnutrition, led the physician to suggest there was no hope. But Yimegnushal massaged the boy’s legs with fish oil day after day, and now he can walk. They named him Daniel because they believed God had rescued him.

When Awano felt called to go to MKS, Yimegnushal agreed. He says he had a vision from God that he was to go but, “although my heart was full, my pocket was empty.” She started selling coffee and tea to cover his expenses, and he received a partial scholarship for his work in the school garden.

Looking to the future, the couple hope to serve widows and orphans. They love the Scripture from James 1:27: “Religion that God our Father accepts as pure and faultless is this: to look after orphans and widows.”

One may expect that if someone was the daughter of a pastor, life would be rich and full. But this was not the case for Tinsae Negusu. After being beaten and kicked on a regular basis by her mother, her mother deserted the family. And although they prayed daily for her return, it was a relief for her and her brother to be safe with only her father. After two years, her mother returned.

Negusu says the years before her mother left were formative. Her prayer life became strong. She says she felt like “God is the only one who loves me,” so she spent many hours reading the Bible, praying and leading a choir at church.

When she graduated from high school, Negusu had no idea what to do, so she tried flight attendant school, but that gave her no peace. Then she worked in a shoe factory. But still no peace. Then in information-technology service management, in a photography shop and, finally, teaching kindergarten at a Compassion compound. But still no peace. She had considered Bible school but was told she would never be eligible.

Then one day her pastor at Adame Mesererte Kristos Church asked her what she wanted to do with her life. She replied, “I want to serve the Lord.” She said that she would like to go to Bible school but had been told she would never be accepted. On the spot he called the registrar at MKS and was told she had everything she needed to be accepted.

“This was a turning point in my life,” she says. “I felt peace.”

When she started at the school, she signed up for all sorts of courses, like church history and hermeneutics. She says she finally knew that “Yes! this is where I should be. I settled. I was excited. It felt like home.”

For her research paper, Negusu is looking at the impact and necessity of a theological education.

“Many people think that theology can kill the spiritual life,” she says, “that seminary is a cemetery where the soul goes to die.”

Her survey asked those with a theological education whether they thought that it was necessary. She asked whether their spiritual practices had improved or increased, and she was excited by the responses. She now wants to share these results with churches, believing all Christians can benefit from theological education. “It is not just for ministry, but personally,” she says.

As Negusu considers her future she wonders: “In my heart I want to be a theology teacher. I want to obey what the Bible really teaches. I’ve had so many ups and downs in life, so I think I can be an encouragement to others, like the teachers in the college.”

To learn more about ministry in Ethiopia, visit mennonitechurch.ca/ethiopia. 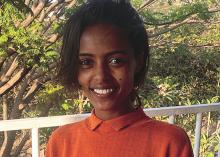 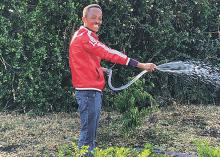