Two centuries of worship, a century of service 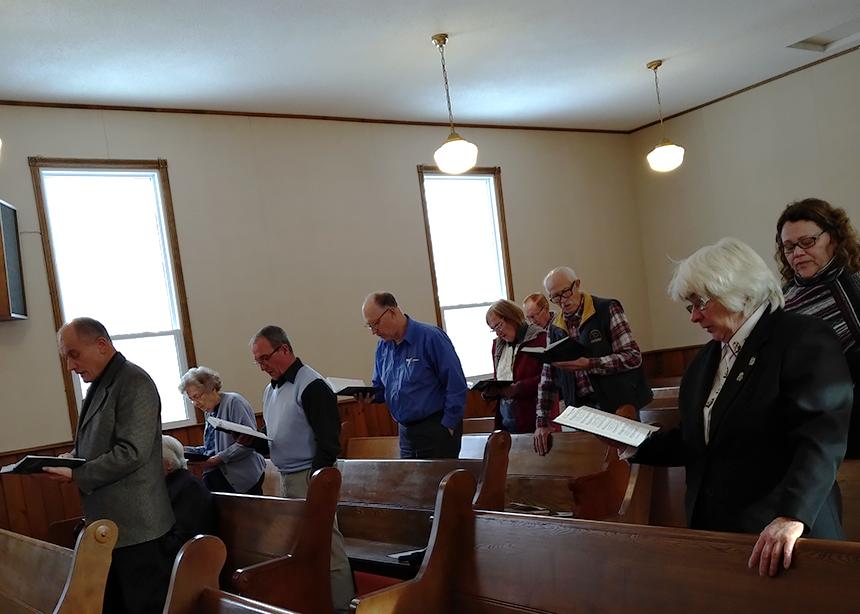 For more than a century, the women of Rainham Mennonite Church—a tiny congregation just off of Highway 3 near the north shore of Lake Erie in southwestern Ontario—have continued a sewing circle, one that is now augmented by women from the community. The group still quilts regularly during the fall and winter.

But the congregation, just a few kilometres from the village of Selkirk, dates back much further than that; it has been meeting continuously for 225 years.

In 1792, Jacob Hoover came to Ontario from Pennsylvania and purchased a thousand hectares of land along the north shore of Lake Erie. The following year, his family, which included several sons and their families, moved to the area. A house church was started shortly after.

This area was very sparsely settled until 1816, at which time more families moved to the area from Vineland and Niagara. Common family names included Shank, Swartz, Strickler, Sherk, Werner, Miller and Byler.

An 1836 deed granted a half-hectare of this land to the Mennonite Society (specifically Benjamin Hoover, Henry Miller and John Fry) for a church and a cemetery.

Rainham Mennonite Church, named after the township it is located in, was the only church in the area, with Michael Shank listed as the minister. The original church meetinghouse was destroyed by fire, and the current building was built close by on land donated in 1870.

Changes to the church building took place over the years to make it still usable today. There are no longer separate entrances for men and women; two wood stoves have been replaced by a furnace; and gas lights were installed in 1908, followed by electric lights in 1935. There are no longer horse sheds on the property. A basement was added, as well as a new main entrance and a basement kitchen. New windows, a new roof and new siding followed. At one time there was a school next door.

Revival meetings were held in the early years. Sunday school was first organized in 1883, the women’s first sewing circle started in 1918, and summer Bible school began in 1936. The church sponsored Mennonites coming from Russia from 1924 to 1926, and refugees from southeast Asia in 1980.

Worship services continue at the church every Sunday morning.

Descendants from the first settlers—Hoovers, Yagers, Werners and Dawsons—are still active in the church. In 1999, when Dunnville Mennonite Church closed its doors permanently, several families joined the Rainham congregation.

In past years, joint services were also held with Cheapside Brethren in Christ Church, but this church has also closed.

Because of its current size, Rainham Mennonite hasn’t had a full-time minister since 2014, relying on interim ministers and guest speakers for the last five years. These have included John Veenstra from the Christian Reformed Church in the area, and Mennonites Doug Amstutz and Max Kennel.

Last year, a sermon series walked congregants through every book of the Bible. This year, the sermon series is looking at how great works of western literature—by Augustine, Nietzsche, Dante and Annie Dillard’s Holy the Firm—can help them along their walk of faith. Congregants stay after the service to enjoy coffee and discussion time.

In fact, the appeal of the church continues to be the warm family atmosphere among the congregation. 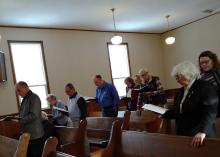 So inspiring!! Please carry on in your faith and faithfulness.