Children bridge differences to learn together 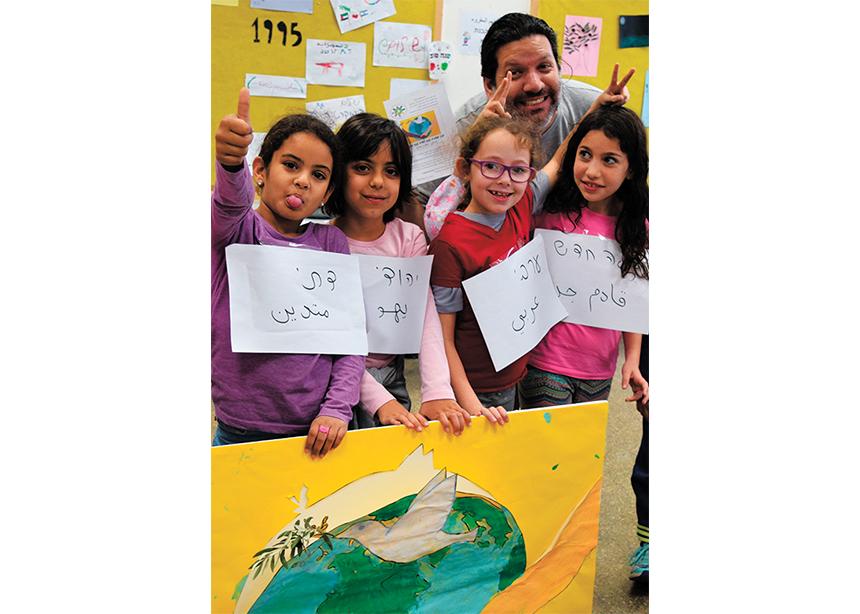 Hagar is a bilingual school for 330 children of Jewish-Israelis and Palestinian citizens of Israel. The children, from a year old to Grade 6, come from homes in which Islam, Judaism or Christianity are practised. The school is the only one of its kind in the Negev region of southern Israel.

According to Karen Abu Adra, the director of partnerships and development at Hagar, Palestinian citizens of Israel make up 30 percent of the population in the Negev, but they and Jewish-Israelis have few opportunities to interact because most schools in Israel are segregated.

“Everywhere in Be’er-Sheva where you go, you’ll see both peoples, but you can live your whole life without having a meaningful conversation with the other,” she explains. “[The parents who founded Hagar] wanted to give their children the opportunity to have true connections.”

At Hagar, children through Grade 3 have one Arabic-speaking and one Hebrew-speaking teacher. From Grade 4 on, the students learn in both languages and, in addition to learning from the core curriculum, they also are taught about the common values in Christianity, Judaism and Islam.

Four-year-old Adam Mahajni has been attending Hagar since he was 2. Prior to that, he was the only Palestinian child in his Kindergarten class.

His father Mostafa Mahajni says, “My wife and I enrolled him in Hagar’s Kindergarten because it was important for us to put him in an educational framework that reflects the diversity of our society, to teach him to accept and respect the other, all in addition to preserving his cultural identity as an Arab.” He says Adam loves attending Kindergarten and even comes home singing Arabic songs that Mostafa sang as a child.

Einat Gilboa-Oppenheim is the mother of students Naomi and Lev Zemer. She is raising her children in the Jewish religious tradition but says she enrolled them in the school so they could see diversity reflected in their class.

“In Hagar, both our children meet children of different colours and different cultures, and they learn that the variety is natural and it enriches their world,” she explains.

She says her children’s experiences at Hagar help the whole family. “When we are in Arabic-speaking surroundings, the children understand some of what is being said and can translate it for us. This empowers them, and enables us to interact better,” she says.

According to Mahajni, Hagar is a model for how schools in Palestine and Israel should function. “We live in a small country that includes Arabs and Jews, so it’s only natural for us that our kids should be able to play, learn and grow with each other in order to make a better society in the future,” he says. “I believe that a big part of the problems in this country is that we don’t know each other as well as we should, and we treat each other with suspicion.” 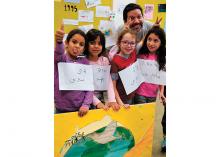 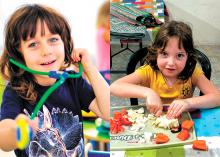