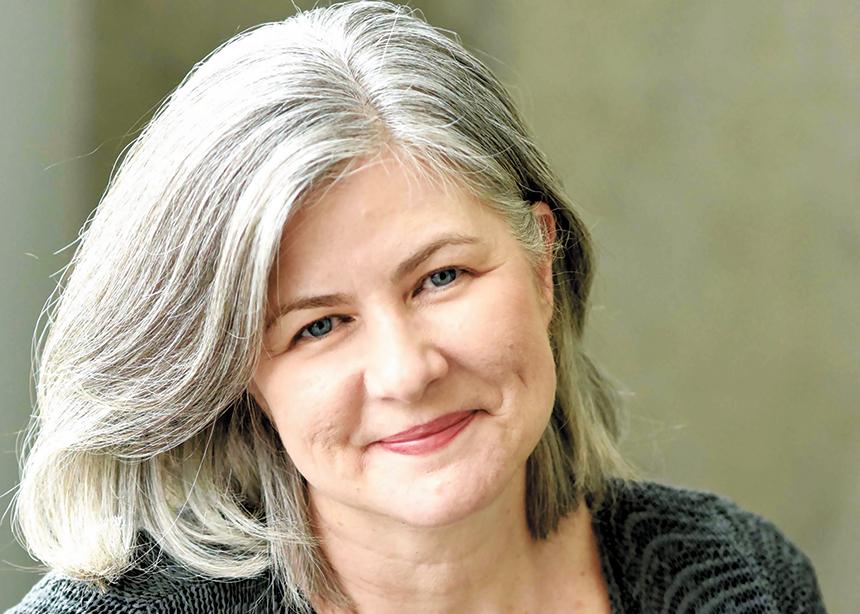 Stephanie Martin, composer and conductor emeritus of Pax Christi Chorale, had her oratorio The Sun, the Wind and the Man with the Cloak premiered in Toronto on Nov. 2. (Photo courtesy of Stephanie Martin)

In May 2017, when Stephanie Martin stepped down as conductor of Toronto’s Pax Christi Chorale, the award-winning Toronto-based amateur choir with Mennonite roots, the choir gave her a going-away present.

“Instead of getting me a crystal bowl, they gave me a commission to write a piece,” she says.

Martin, who had been conductor of Pax Christi for 20 years, had come to realize that there was “nothing I’d rather do” than compose music. The choir’s commission represented the kick-start of a compositionally focused career for the performer and conductor, a dream she finally felt able to pursue.

The culmination of this gift came on Nov. 2, when Pax Christi performed the world premiere of Martin’s new oratorio, The Sun, The Wind and the Man with the Cloak.

The commission was pretty open-ended, Martin notes. “[Pax Christi] wanted to add something to the canon of choral music from our own time, looking at a topic with modern eyes.” Martin began thinking of Aesop’s fable about the sun, wind and man, which she had known from her childhood.

The story often “turned up at the right time in my life, when making difficult decisions,” she says. “It poses a choice to every person: Deal with conflict by freaking out and being violent,” like the wind, “or take a compassionate view of things, and be more like the sun.”

In the fable, the sun and wind make a bet on who can be the first to force a man to remove his cloak. The wind blows as hard as it can, but the man just holds on tighter to his cloak; but when the sun shines down on his head, the man gets so warm that he takes off his cloak of his own volition.

To bring the story to life and give it a modern twist, Martin turned to librettist Paul Ciufo, with whom she collaborated on an opera, Llandovery Castle, last year. Tasked with fleshing out a short fable into a contemporary tale, Ciufo delved deeper into the character of the man.

In the original fable, “the man is kind of this anonymous victim of these two great creatures acting out their ego,” says Martin. In this revisiting, the audience learns more about the character: why he’s on his journey, and the story behind his cloak.

Through a libretto workshop, the creators also settled on shaping the elemental protagonists. The blustery wind is sung by a male voice, the compassionate sun by a female. “We went into it thinking, ‘Is this a trap? Are we stereotyping gender roles?’ ” Martin muses.

But in the end, after trying it with the roles reversed, all agreed that Ciufo’s instincts felt right. The characters, the wind in particular, can also be read as “a thinly-veiled metaphor for current politicians,” Martin adds.

Like her previous work, the new piece touches on themes of pacifism and response to conflict. This update stays true to the fable’s original moral, “persuasion is better than force,” but focusing on the human protagonist adds a twist, Martin says: “In our story, it’s the human being that comes out victorious because he’s able to withstand these god-like pressures.”

Martin found the composition process enjoyable. Working with the source material of a fanciful retelling of an ancient Greek story gave her a lot of room to explore varied musical styles. The libretto has both emotional and humorous parts, she adds. “It’s both sides of theatre, and I think that’s what makes theatre really special.”

Martin also says that she wrote it to be performable by other community and school choirs. “I hope this will have a life beyond this performance,” she says. She has already had interest from a group in the United States.

In the Nov. 2 premiere, the solo parts were sung by three professional opera singers: baritone Brett Polegato; tenor Asita Tennekoon; and mezzo-soprano Catherine Daniel, who had one of the main roles in Martin’s opera last year.

Martin was also conscious of taking on a “universal topic” in the new piece. “Older [chorale] repertoire is biblically based, and others can’t get in on it,” she says. “This has a strong ethical moral but doesn’t exclude anyone from singing.”

Pax Christi Chorale was founded 33 years ago, with a membership originally drawn from Mennonite and Brethren-in-Christ communities, before quickly expanding to singers from many different faiths and walks of life from all over the Great Toronto Area.

This article appears in the Nov. 25, 2019 print issue, with the headline "A song of gentle persuasion." 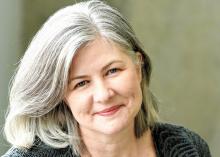 Stephanie Martin, composer and conductor emeritus of Pax Christi Chorale, had her oratorio The Sun, the Wind and the Man with the Cloak premiered in Toronto on Nov. 2. (Photo courtesy of Stephanie Martin)

Thanks for the article and for all those involved in the first performance. And many thanks to Pax Christi Chorale for being bold and creating opportunities for new music in the time-honoured tradition of oratorio. The score is available on my website for perusal: www.stephaniemartinmusic.com