In This Together aims to widen the circle of inclusion 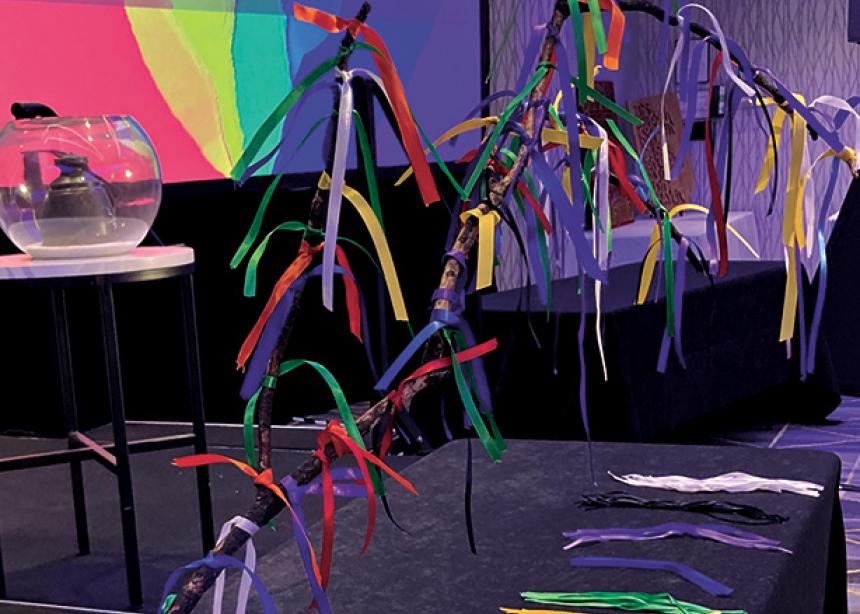 Attendees at the Gathering 2022 worship gathering on July 31 were encouraged to come forward to tie a coloured ribbon, representing their own self-expression, onto a tree branch. (Photo by Emily Summach)

“In This Together [ITT] is one way to feel those prophetic nudgings of the Spirit,” said Alissa Bender, pastor of Hamilton (Ont.) Mennonite Church, and a member of the ITT steering committee, as she led more than 75 people in a worship service that celebrated the gifts that LGBTQ+ people offer to the church, on July 31 in the evening.

The event featured songs, prayers and stories that centred on queer theology and members of LGBTQ+ community, an encouraging step forward for queer Anabaptists and their allies.

The network was formed in the spring of 2019, as Anabaptist congregations began to ask, “What next? Where do we go after the 2016 Becoming a Faithful Church process?”

ITT’s mission statement reads: “We envision and work toward a just world where LGBTQ+ people are fully integrated, recognized, respected and valued in a spirit of mutuality in Anabaptist communities in Canada.”

The group aims to accompany and provide resources for congregations and individuals from across the Anabaptist tradition. Its goal is to meet congregations where they are at, and to help minimize the harm that queer people experience.

“We’re not here to just resource Mennonite Church Canada,” said Pieter Niemeyer of Toronto United Mennonite Church and a member of the ITT steering committee. “We work with many Anabaptist groups, not only denominations who are fully affirming, but also those who are in different places on this journey.”

“Our group was really in an emerging state at the 2019 national gathering held in Abbotsford [B.C.],” said Niemeyer. “We had a display table there, and a sign-up sheet, but that was basically it.”

The posture of the nationwide church towards the group has evolved in encouraging ways over the past three years, he said. “We were in ongoing conversations with Doug Klassen [MC Canada’s executive minister] about MC Canada wanting us to do a workshop at this gathering, and to develop an ongoing working relationship with MC Canada, as one Anabaptist entity that we partner with. We pushed back on the initial request [of one workshop], indicating that we would like to have even more of a presence, as just one workshop might be seen as tokenism. And they received that really well, and we worked together on it.”

In the end, ITT led two workshops, one in person and one online, as well as the worship gathering.

“The tone of the worship gathering is to be joyful in nature,” Bender said, in an interview before the Sunday evening service. “The worship will feature queer storytellers sharing their own stories, some funny, some hard. The songs we’ve chosen are from queer writers, like in Hymns for the Holy Other, or about diversity. It’s about celebratory worship, including those prophetic voices in this community, and really the wholeness of this community. It’s also an invitation to step out of what we’re told—and into something more expansive.”

The gathering was filled with songs, scripture, prayers and a liturgy based around the Rainbow Christ Prayer, and personal stories by members of the LGBTQ+ community.

One of those storytellers was Steph Chandler Burns from Fraser Lake Mennonite Camp in Ontario. Chandler Burns, who identifies as bisexual and non-binary, and uses they/them/their pronouns, shared about how their grandparents were trailblazers in the Anabaptist faith as allies for the queer community. Their grandparents’ open support helped to make their coming-out experience more positive.  “My grandparents are the reason that I know God is love,” they said. “My grandparents loved me always.”

At the end of evening, worshippers were invited to come forward to select a rainbow-coloured ribbon that represented their own self-expression and to tie it to a tree branch displayed near the front.

“Self-expression is not just about queerness, it’s about who we are inside, explained Leah Harder of Community Mennnonite Church in Stouffville, Ont., and another ITT steering committee member. “It’s okay to not understand another’s self-expression.”

After the worship gathering, as hugs and thank-yous were shared, ITT celebrated the progress the network has made, even as it looks towards the future.

“Queer people need to have a thick skin,” said Niemeyer. “We’re cautious, and hopeful, that the tides have turned. In the future, we’d like to partner further with committees and congregations, and start working on when and how to revisit the Confession of Faith [in a Mennonite Perspective].”

More Gathering 2022 coverage:
Gathering 2022: MC Canada invited to declare and embody the gospel
A focus on rest and renewal
‘Do you hear what I hear?’
Editorial: ‘We Declare’ and beyond 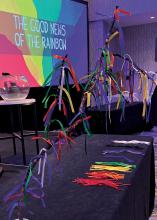 Attendees at the Gathering 2022 worship gathering on July 31 were encouraged to come forward to tie a coloured ribbon, representing their own self-expression, onto a tree branch. (Photo by Emily Summach) 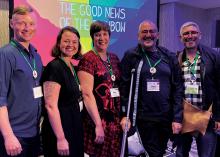 Pictured from left to right are the In This Together steering committee: Matthew Froese, Leah Harder, Alissa Bender, Pieter Niemeyer and Mauricio Palacio. (Photo by Emily Summach) 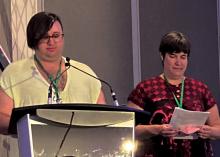 Timothy Wenger, left, and Alissa Bender explain the origin and purpose of the Rainbow Christ Prayer. (Photo by Emily Summach) 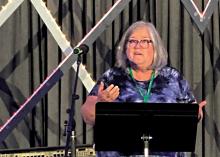 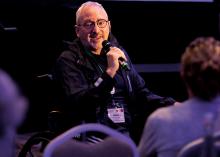 Pieter Niemeyer shares his story at the service. (Photo by Jessica Evans) 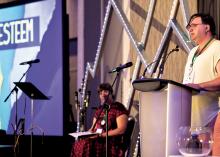 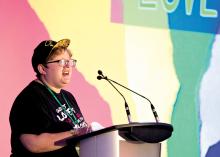 Steph Chandler Burns offers their own coming-out experience as a challenge to the church to love well. (Photo by Jessica Evans)