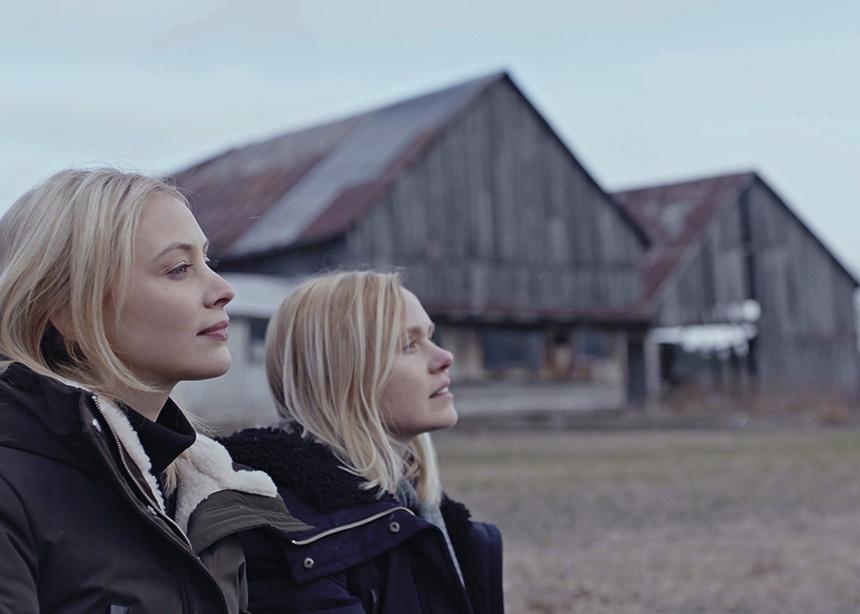 Sarah Gadon and Alison Pill in a scene from All My Puny Sorrows. (Image courtesy of AMPS Productions Inc.)

Toward the end of All My Puny Sorrows, Lottie (Mare Winningham) sits in her Toronto apartment comforting her sobbing daughter, Yoli (Alison Pill), noting, “The pain of letting go of grief is just as painful—even more painful—than the grief itself.”

This sentiment colours the film’s entirety. At its core, the movie, based on Miriam Toews’s 2014 novel of the same name, is about grief: the grief of loss, of death, and of life, and of how much of each we can take.

Written, produced and directed by Canadian filmmaker Michael McGowan, the film opens on a wide shot of the barren prairie, where a mousy-looking man in a black overcoat stands next to some train tracks. We see multiple angles of him, as well as close-ups and full shots, documenting his existence from all sides. Then, while the narrator, Yoli, muses about how long life is supposed to last, the man, later identified as Yoli’s father Jake (Donal Logue), carefully removes his glasses, folds them, and places them on the ground before stepping in front of an oncoming train.

In the following scene, set years later, Yoli fights with her teenage daughter, Nora (Amybeth McNulty), as Yoli’s 16-year marriage comes to an end, and calls her sister Elf (Sarah Gadon), for camaraderie and impressive literary banter, as she always does. But soon Yoli’s personal problems are left to fester when Elf attempts suicide and Yoli, bereft of energy, but unwilling to lose yet another person, tries to convince her to live.

Part of the family’s pain comes from church trauma. In flashbacks we see Jake’s pain when his conservative Mennonite church commandeers his family’s home for the pastor’s use. Later, Jake sits at the dining room table with two church leaders who insist that young Elf refrain from higher education or face shunning.

In another scene, when Elf is recovering in the hospital, a church member lets himself into her room and ignorantly insists, “When you give yourself to God, you don’t feel pain anymore. Shall we pray together for your soul?” Elf, who clearly isn’t interested in letting this man anywhere near her soul, takes her top off, and the scandalized man slinks out of the room. While the film certainly flirts with issues of existence and spiritual evolution, it has little patience with religion that imposes itself unbidden.

Alison Pill leads the cast with her heart-rending interpretation of a woman who is clinging to a cliff’s edge herself after dealing with more loss than seems humanly possible. The film depends on Pill’s unwavering chemistry with Gadon and Winningham, which commands the audience’s attention and emotions throughout, and offers a naturalistic depiction of family turmoil.

Filmed in North Bay, Ont., the movie is beautifully shot and features a stunning combination of cool blue and warm orange hues, depending on the atmosphere of a given scene. Even more noteworthy is the film’s attention to physical and aural space. Elf is often shown in full shots, alone or singled out in rooms bereft of colour, while Yoli is often filmed in close-up while surrounded by rich colours and ephemera of a life being lived. Throughout the film sound is treated as a separate character who comes and goes at just the right moments, allowing for the score and dialogue to be offset by extended moments of silence that reflect both the narrative tension and the need for a break from it.

Now showing in select theatres, All My Puny Sorrows is a film in which everything is difficult and nothing lets up. As such, it offers a poignant and honest look at grief in which, just as in life, not everything gets resolved happily or even at all.

Mandy Elliott is an assistant professor of film studies and English at Booth University College in Winnipeg. She attends Hope Mennonite Church.

This article appears in the May 16, 2022 print issue, with the headline "A poignant, honest look at grief." 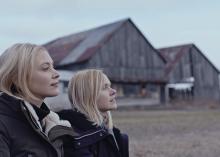 Sarah Gadon and Alison Pill in a scene from All My Puny Sorrows. (Image courtesy of AMPS Productions Inc.) 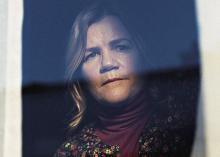 Mare Winningham in All My Puny Sorrows. (Image courtesy of AMPS Productions Inc.)