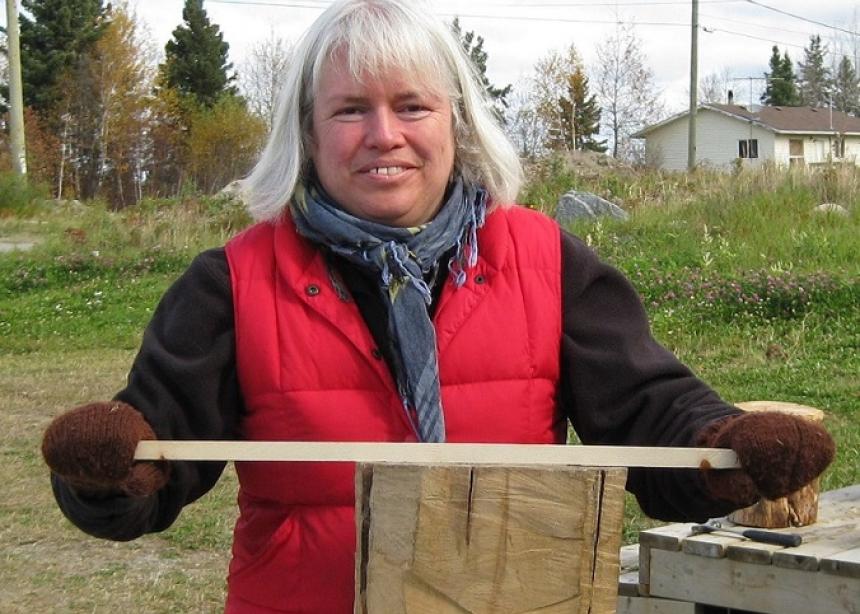 In March 2017, I spent 10 days in Hebron and observed three throwing situations that showed a microcosm of the occupation in that Palestinian city. Hebron, a major city in the southern West Bank, is where some 800 Jewish settlers, protected by hundreds of Israeli soldiers, have moved into the old city, among the Palestinian population.

I was there with Christian Peacemaker Teams (CPT) a faith-based organization that has teams in Colombia, Iraqi Kurdistan, Canada and Hebron, Palestine. The Palestine team, which began in 1995, supports Palestinian-led, nonviolent, grassroots resistance to the Israeli occupation and the unjust structures that uphold it. Some of their activities are documenting the treatment of school children passing through military checkpoints and of Palestinians going to Friday prayers at Ibrahimi Mosque. CPT team members also attend to calls from Palestinian families who are harassed by Israeli settlers.

Shuhada Street in Hebron, once a vibrant market road that is now forbidden to all Palestinians, was the route for a parade marking the Jewish festival of Purim. Israeli settlers were welcome to walk there. Music, laughter, costumes and much wine added to the celebration, as they commemorated the courage of Queen Esther and the buffoonery of the evil Haman.

Palestinians did not have a holiday, so CPT continued their practice of observing the heavily fortified checkpoints as the students went to school, always vulnerable to searches of their bodies and backpacks.

To show their resistance, two boys advanced near the checkpoint, waiting for the moment to throw a small rock at the cement structure surrounded by a fence. Just as the stones left their hands, three soldiers hiding in the alley ran out and apprehended one of them whose hands got caught in nearby razor wire. This 15-year-old was beaten on the head and handcuffed and taken into custody for several days.

A while later at the CPT house, six soldiers tromped up the stairs onto our roof and stood overlooking Shuhada Street for six hours. When we confronted them, one justified their presence by explaining, “Yesterday, a [Palestinian] boy threw an orange.”

Later that evening, we received a phone call from a Palestinian family that lives at the end of a narrow alley at the top of some stone stairs. Their settler neighbours had used the celebration as an excuse to again send them a “message.” Their frequent harassment aims to make the Palestinian family leave, so their home can be taken as part of the settlement. As we drew closer to the alley, we heard the sharp sound of breaking glass.

The crunch of broken wine bottles under our feet increased our vigilance as we climbed the stairs to the tiny apartment. The four little boys welcomed us enthusiastically, telling us in Arabic what had been happening. Their parents hoped that our presence would calm the hostility, or at least, we would be able to document what was happening. However, our presence and the photos we took caused the bottles to increase in frequency and force until they reached the doorway. We all found protection in the house, drinking tea and eating savoury pastries made by the women over a hotplate in the bedroom.

Eventually, the Israeli soldiers arrived. They made no arrests of settlers for this deliberate show of force; however, the party did relent at least for that day.

A small stone at a fortified building leads to severe punishment. The orange thrower, if caught, would probably receive the same. However, settlers throwing many bottle projectiles at a vulnerable family had a mild reprimand. This is the reality of the occupation in Hebron.

For more on this subject see:
The view through a prison keyhole
Muddying the waters on Israeli divestment
What would you risk for peace?
Broadening our prayers
Don’t interrupt me
Palestinian children face harsh realities
Working group tackles tasks of advocacy on Palestine and Israel 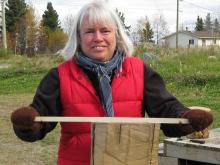