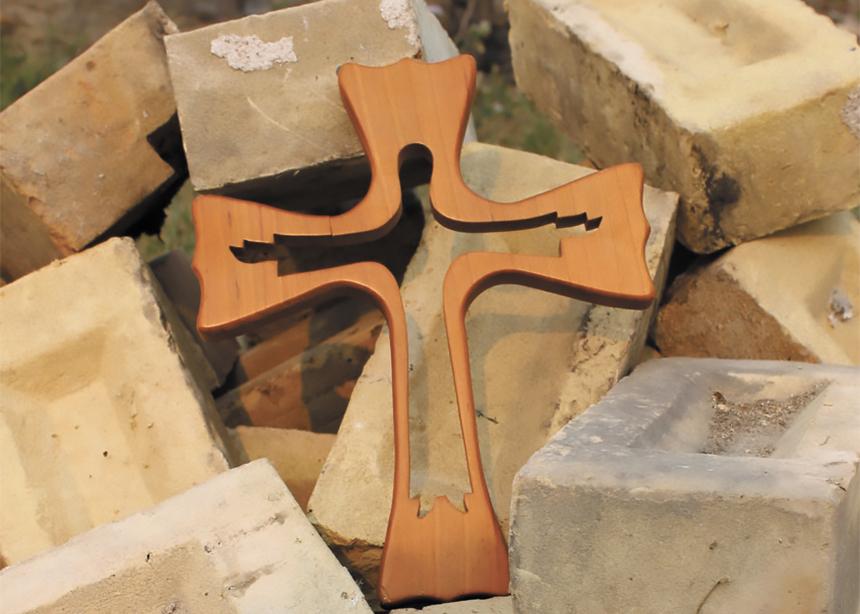 (Photo by Will Braun)

Church is not made of bricks and mortar, but for most congregations—not all—a building is integral. Congregations that lose their building face big questions about identity and the essentials of church life. I spoke with two congregations that have gone through the process recently and one that is in the thick of it.

Point Grey Inter-Mennonite Fellowship shared its origins with the Menno Simons Centre, a student residence near the University of British Colombia in Vancouver. Starting in 1986, the two entities shared a renovated convent, although the building was owned by the Pacific Centre for Discipleship Association (PCDA), which ran the residence.

In 2015, PCDA informed Point Grey that it intended to sell the building. Point Grey struck a transition committee and surveyed its members about location, about meeting in the afternoon or evening, and other issues. But the building didn’t sell.

In 2019, an offer finally came in, and Point Grey revived the transition committee and the soul searching. By May 2020, the congregation was out.

Point Grey moderator Veronica Dyck pauses for some time when asked what was hardest about the transition? She says that leaving a beautiful chapel with much history was difficult, adding, “The trauma is so intertwined with the pandemic.”

She says that eventually the congregation had trial services at two sites, settling on the basement of a community centre. Then the lockdown hit, just a week before the planned farewell service at the old site.

During the lockdown, the congregation realized the community centre would not be a good fit.

Through the connections of one church member, St. Phillips Anglican offered space, and Point Grey is set to meet there in person on Sunday afternoons at 1 p.m. starting in September. Dyck says the space is “lovely” and there are no fixed pews, so chairs can be arranged as needed, an important factor for Point Grey.

She says that St. Phillips has strong outreach programs in the community and Point Grey may be able to plug into those ministries, while also sharing Mennonite ministries with the Anglicans.

A possible downside to the new arrangement is the early afternoon start time, which some fear may reduce attendance.

She says that re-evaluating the church’s identity during the process led naturally to discussion of what makes Point Grey different or unique. In that, Dyck recognized a “temptation to pride,” and a temptation to see “different” as better.

Dyck says the whole difficult process resulted in an affirmation of the congregation and a sense of reassurance that God will continue to bless it.

Three provinces over, and a couple years earlier, Hope Mennonite also found itself without a place to meet. Since 1993, Hope had shared a building with Young United Church and several community organizations in a gritty part of Winnipeg.

By 2018, it became unworkable for Hope, which was growing, to split Sunday mornings with Young United. That led to questions of practicality (meeting times) and identity.

Pastor Lynell Bergen says Hope realized that not having its own building was an identity marker for the church. The group had met in various buildings over its history but had never owned one. The congregation did not want to change that.

After a difficult process, Hope ended up at the funeral home just across the street. The cost is reasonable and there is more space for kids to be kids. Plus, during much of the pandemic, it only paid a bit of rent for storage. The downside is less connection with Young United.

While not owning your own building comes with a sense of “vulnerability”—you don’t know when you’ll get the boot—Bergen says “it is a gift” for a congregation not to own a building. It frees up money, time and headspace for other things.

One more province over, Avon Mennonite Church was also part of a shared building arrangement. Since 1994, Avon shared space with a retirement and long-term-care facility operated by Tri-County Mennonite Homes in Stratford, Ont. The two entities put a lot of energy into forging a partnership and jointly building a shared facility. The pandemic stretched the arrangement.

As COVID-19 hit, the care home was not in a position to have 150 outside people coming onto its grounds regularly. And there was no way to physically separate the church and the care home, since the doors into the church were fire exists for the home.

Avon invoked the buy-sell clause in the original agreement and Tri-County Homes bought out the church, leaving Avon adrift.

According to Greg Wideman, chair of the Avon board, the decision to leave the facility has been “challenging,” especially for people who worked so hard to form the partnership years ago and may have envisioned themselves moving into the home. He emphasizes the need to honour the intentions of the founders.

The church is actively reaching out, in the hope of partnering with a worshipping community, community organization or a housing initiative. It has also spoken to city officials. “We want a space that meets community needs,” says Wideman, adding that the process will “probably take a few years.”

In the meantime, Avon is meeting outdoors at 6 p.m. on Sundays, with indoor space lined up at a Lutheran church for the fall. Avon is also maintaining ties with its members who live in the care home.

Like Veronica Dyck, Wideman talks about how the stresses of COVID-19 and the general uncertainty about post-pandemic church are layered on top of Avon’s process of transition. Without a building to call its own, “the level of uncertainty goes up,” he says. “There’s no key that unlocks your door; no driveway to pull into.”

Still, Wideman gives a positive assessment of the group’s situation. The church has solid leadership—they just hired a full-time youth pastor—and the sale of their facility means it has money in the bank. “There’s not an overwhelming feeling of fear or trepidation,” he says. “What better way to grow than to navigate through a crisis.”

This article appears in the Aug. 16, 2021 print issue, with the headline “Bricks. Mortar. Spirit.” 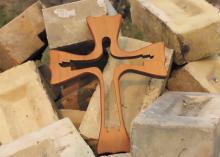 (Photo by Will Braun)