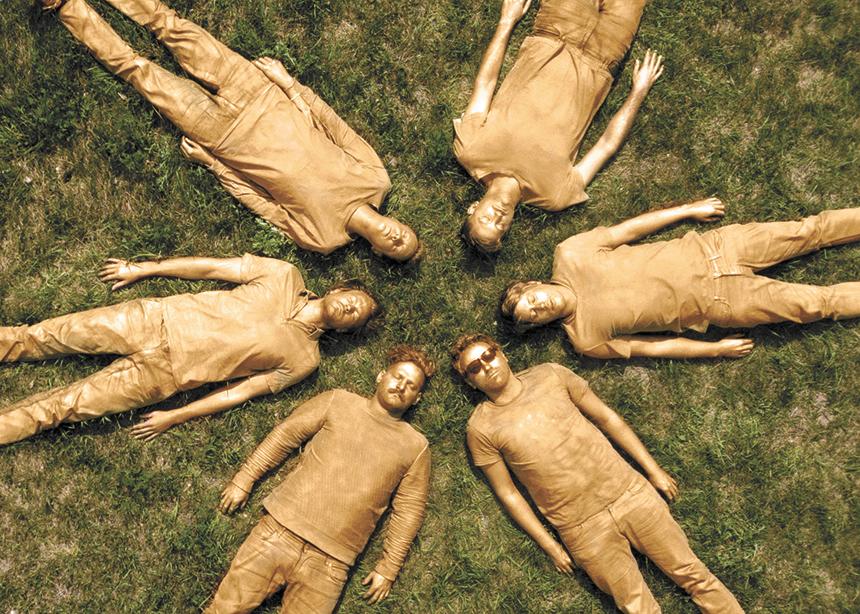 Experimental rock sextet Royal Canoe will release its new album at the end of January. (Photo by Sam Katz)

Looking for new music? Check out these singles from three exciting Canadian acts:

“RAYZ” by Royal Canoe
Paper Bag Records (royalcanoe.com)
Royal Canoe’s fourth full-length recording, Waver, doesn’t come out until the end of January, but the Winnipeg-based sextet has already put out the album’s first single. Released during the dog days of summer, “RAYZ” is a bouncy, mid-tempo jam.

“The song is about trying to navigate through the constant flood of expectations: ‘Be more successful, always say the right thing, get fit, make goals, achieve them flawlessly, be better in every possible way,’ ” the band explained on its Facebook page following the single’s release. “But the higher you reach, the harder it is to stay grounded to yourself and those around you. In the chaos, all you want is some clarity.”

Accompanying the song is a striking video, which follows a day in the life of a morose, gold-covered cowboy street performer in Los Angeles.

Waver arrives on Jan. 25, 2019, via Paper Bag Records. A press release announcing the album states that “the sun-flared Polaroid life of previous albums is exchanged for a miraged-out, ominous landscape. . . . These songs play with the absurdity of modern life. When truth is optional, when the most volatile people have the most power, when reality becomes irrational—what do you anchor to?”

In 2011, Royal Canoe guitarist Bucky Driedger spoke with Canadian Mennonite about the importance of music, and art in general. “Good art should help people . . . imagine a new way of thinking about the world,” he said.

“The Light” by Begonia
Independent (hellobegonia.com)
Winnipeg singer-songwriter Alexa Dirks announced her soul-pop solo project, Begonia, in 2016 and released her debut, Lady in Mind, the following February. The five-song EP earned rave reviews from publications like Exclaim!, which said, “If you’re seeking out fresh musical voices, keep this lady in mind.”

Now, Dirks has returned with “The Light,” a three-and-a-half minute stomper of a single that showcases her powerful, soulful vocals. In the song, she explores what it means to grow up, and questions societal expectations put on women.

“We are told in many ways by many people to be some Hollywood version of gentle, to be more beautiful, to be soft but not too soft, to change our bodies but to be happy with the way they are, to be agreeable, to make ourselves desirable to the opposite sex and ultimately not to take up too much space while doing it,” Dirks said in a news release announcing the single’s release. “It’s all very confusing, and frankly impossible to keep up with. I want to defy those ‘rules’ and I want to encourage others to do the same.”

A Juno Award winner with her former group, Chic Gamine, Dirks told Canadian Mennonite in 2015 why performing on stage is meaningful to her. “At the end of the day, it’s [about] communicating with people, unifying people through music and also just contributing to something beautiful in the world,” she said.

Shad’s faith has shaped the content on his previous four hip-hop releases. Pitchfork, the venerable online music publication, once described him as “spiritual without being preachy, righteous without being self-righteous, and human without sounding mundane.”

“The Fool, Pt. 1” is no different. “Mama said killin’ is not where the healing is,” Shad raps in the song. “She said a human is not who the villain is / She said it’s fear, it’s greed, and it’s pride / You see it inside / That’s what this system is built on / And what it instills in us / Man, I’ve been feeling this vibe! / Honestly the haters can hate / Just let the creators create / And let the creator be judge.”

The song ends with Shad asking listeners, “Wanna be free? Just answer one question, but answer honestly: What are you afraid of?”

In addition to conflict and fear, the album address themes of “migration, environment, economics, politics and, most critically, the deepest parts of our spirit,” according to a release.

A Short Story About a War is sure to give listeners a lot to think about when it arrives in stores and online on Oct. 26. 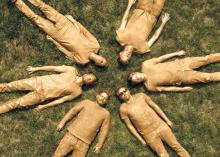 Experimental rock sextet Royal Canoe will release its new album at the end of January. (Photo by Sam Katz) 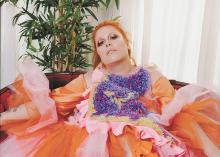 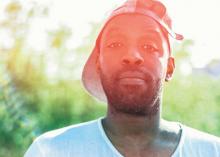 On the first single from his new album, Shad asks listeners, ‘What are you afraid of?’ (Photo courtesy of Secret City Records)