‘Thine is the kingdom, the power and the glory’ 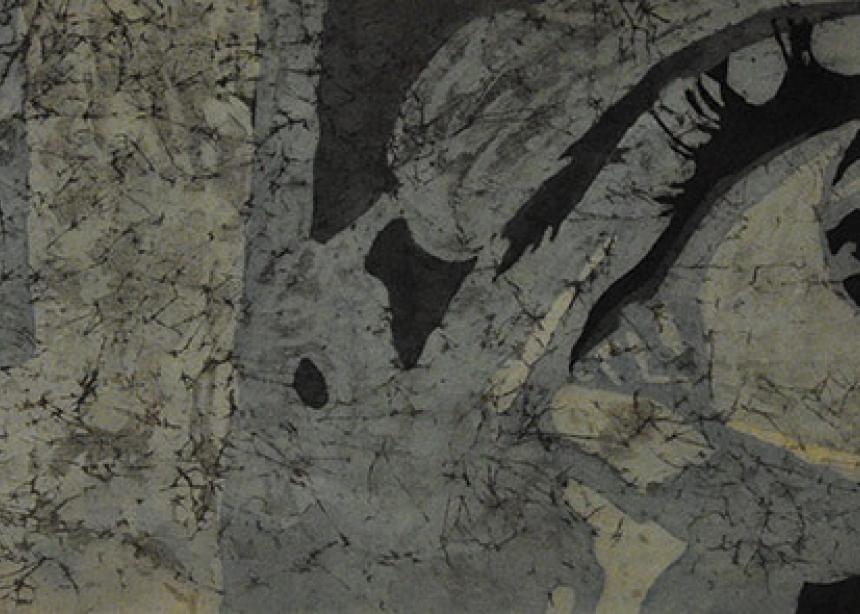 Wherever Jesus goes, we see God’s kingdom descending from heaven to earth. Wherever Jesus appears, God’s loving power takes hold. A hemorrhaging woman is healed of her infirmity; a rich man gives away half his wealth. In Jesus’ healing, teaching, dying and rising, God is rescuing the world; the mending of creation has begun. Yet paradise has not yet been restored. Having had a foretaste of its healing makes it all the harder to live with the aftertaste of its brokenness. When innocent children die, when hatred tries to strangle love, when the creation is squandered, we can’t help but ask whether God’s purposes are being thwarted.

Jesus himself taught us to appeal to God in prayer: “Thy kingdom come, thy will be done on earth as it is heaven.” We long for this to happen and so we pray for it with passion. But with the last words—the shout of praise that ends the Lord’s Prayer—we can barely pray, or pray only wistfully: “For thine is the kingdom, the power and the glory forever and ever.”

This struggle to believe that God will really restore what was lost is particularly painful on a day like Eternity Sunday (Nov. 26 this year), when we remember those who have died this year and face the truth of our own mortality. People we love die, most of them—from our vantage point—before their time.

We hear the psalmist crying out: “All people are grass . . . . The grass withers, the flower fades.” These words assault our ears and we want to cover them. But we cannot.

Psalm 90 is a lament for our mortality. We who came out of the womb and embraced life, we who were loved and learned to love others, we who were awed by the “beauty of the earth and the glory of the skies,” we shall all die. The writer of this psalm is in a black space; he has forgotten all that has been good in life and dwells only on its sorrows: “The days of our life are 70 years and perhaps 80 if we are strong; even then their span is toil and trouble.”

Human communities everywhere create rituals with which to face death. We accompany the earthly remains of loved ones to the grave and comfort those who mourn their passing. Along with other European Protestant churches, some Mennonite groups settled on the last Sunday of the church year to remember and give thanks for those of their company who died in the previous year, and to confess their hope in life after death.

Jesus says: “Blessed are those who mourn for they shall be comforted.” What is that comfort? It is the promise of eternal life and the fulfillment of God’s reign.

Once, when we lived in a Christian social order, the language of life beyond the grave was believable. I was caught up again in that lost age of faith last summer. I discovered a mystery-filled 12th-century church in Strasbourg, France. Standing in the middle I was surrounded by frescoes depicting Jesus walking on water, healing Mary Magdalene, being crucified and rising from the dead. One of the large frescoes—of Jesus as our shepherd—had lost its colour and was barely visible. Suddenly it hit me: that is what it’s like today, when the church lives in exile, where Christ can barely be discerned as present in our lives. The people around us are sceptical about religion; its language makes no sense to them. The rich colours are gone; we barely see the outline of the gospel story. Many people can’t make it out at all. Even we, as believers, sometimes find the language of past generations about heaven and the kingdom inaccessible. What can we do? How do we open ourselves to receive anew the gift of faith in things unseen?

The Book of Revelation speaks about the themes of Eternity Sunday—suffering, loss and hope—passionately and vividly. Many students of Revelation believe that it was written to churches suffering from persecution at the end of the first century. Even though their world was very different from ours, we have one important thing in common: In the midst of their suffering and chaos, they, too, longed for a promise that death would not have the last word.

The author, John of Patmos, lifts up Christ as lord, not Caesar. Just before he goes on to describe God’s judgment on Caesar and those who are loyal to him, he is given a flash of illumination, a breathtaking glimpse of heaven, where those who have died in faith live on in God’s presence. Let us look over John’s shoulder to see how this glimpse unfolds.

At the beginning of Chapter 7, John sees all the servants of God—numbering 144,000—from all the tribes of Israel who have been marked with the seal of God’s protection. But then he looks up again and sees another “great multitude that no one could count from every nation” (7:9). They are standing before Christ, who is called the “Lamb” because of his willing suffering for us. Around him is a numberless throng, palm branches in their hands, joining the angels and elders in singing God’s praises.

John is spellbound. He snaps out of his trance when an elder asks him a rhetorical question: “Who are these robed in white, and where have they come from?” (7:13). John replies, “You know!” The elder then explains that this enormous crowd is made up of people who remained faithful to Christ no matter what befell them. God’s promise of eternal life with him has come true for them! The faithful ones have washed their robes in the blood of the Lamb and restored their whiteness.

What the author is trying to say is that the people around the throne are those Christ has made whole. The brokenness of human life is now mended. Those who have died in Christ now live in his presence. It is for good reason that the throngs worship God day and night. God’s promise has come true: no more hunger or thirst, no more unbearable heat, no more tears! The Lamb guides the pilgrims to the end of their journey: the water of life awaits them; a mothering God who wipes away their tears is ready to receive them.

Let us step back and catch our breath after this glimpse of heaven. John is claiming that believers who die enter into Christ’s presence. They have left time and space behind and have entered into the mysterious orbit of which God is the centre. Exactly what that will be like is beyond our grasp. Our hope is in God’s promise; it does not depend on our ability to correctly interpret the details of the vision.

But suddenly we who have been caught up into the brilliant light of eternity realize that we are back on earth. What does it mean for us here, the body of Christ on earth, that part of the body of Christ is already in heaven? The author of Hebrews talks about the “great cloud of witnesses” that has gone before us toward the kingdom. This is what we mean by the “communion of saints”: that the living are bound to the dead, or perhaps better, those living on Earth are bound to those living in heaven.

“We feebly struggle, they in glory shine,” says the hymn. All of us together make up the body of Christ. We do not pray to them or through them. Rather, they pray with us, though more knowingly, to God: their wills so fully participate in God’s will that they always pray for what is best for those still struggling on earth.

The vision of John of Patmos gives us only a glimpse of eternal life. But its message is breathtaking: God is already fulfilling his promise that we cannot be lost, that we belong to him forever. What a treasure God’s vow is, especially on a day like today, when we focus on our own mortality and that of loved ones who have died!

Earlier, I indicated how hard it is for us to pray the final lines of the Lord’s Prayer. We can barely pray it or we pray it wistfully. But in light of John of Patmos’s flash of illumination, all of that changes. John lets us see that the kingdom has been coming, that those who die in the Lord are already caught up in it. When that truth takes hold of us, we can pray with confidence: “For thine is the kingdom, the power and the glory forever and ever.”

God’s reign was anchored on earth through the life, death and resurrection of Jesus. It keeps breaking into earthly life but it is already a reality in heavenly life. Our calling in light of this truth is to live in the power of the kingdom now.

What changes on earth because of this flash of illumination we have had of heaven? If we believe the promise that we cannot be lost, that we belong to God forever, then we need not worry about the outcome of our lives. We can start taking risks we could never imagine before, like loving our most different and difficult neighbours—and even our enemies. We can stop hoarding love and act as if we believe there will be enough love to go around.

Let us take heart. We are not alone. When we pray, “Thine is the kingdom, and the power, and the glory, forever and ever,” “the great multitude that no one could count, from every nation and tribe and language,” is praying with us.

John D. Rempel is a Senior Fellow at the Toronto Mennonite Theological Centre. This reflection is adapted from a sermon preached at Grace Mennonite Church in St. Catharines, Ont., on Eternity Sunday 2016.

1. As you think of loved ones who have passed away in recent years, what images or rituals bring you comfort? Do you find the glimpse of heaven described in Revelation 7 appealing? John Rempel suggests that we sometimes “find the language of past generations about heaven and the kingdom inaccessible.” Do you agree? What images can you think of to describe a place in God’s presence that is beyond time and space?

2. Rempel suggests that we sometimes have difficulty confidently praying, “For thine is the kingdom, the power and the glory, forever and ever.” Do you agree? What are some of the present realities that make us wonder whether God’s purposes are working out here on earth?

3. Where do you see glimpses of hope that God is in the process of establishing the kingdom? Is the idea that those living in heaven are praying with us an encouraging one?

4. “Our hope is in God’s promise; it does not depend on our ability to correctly interpret the details of the vision,” says Rempel. Do you find that comforting?