There is no peace without Christ 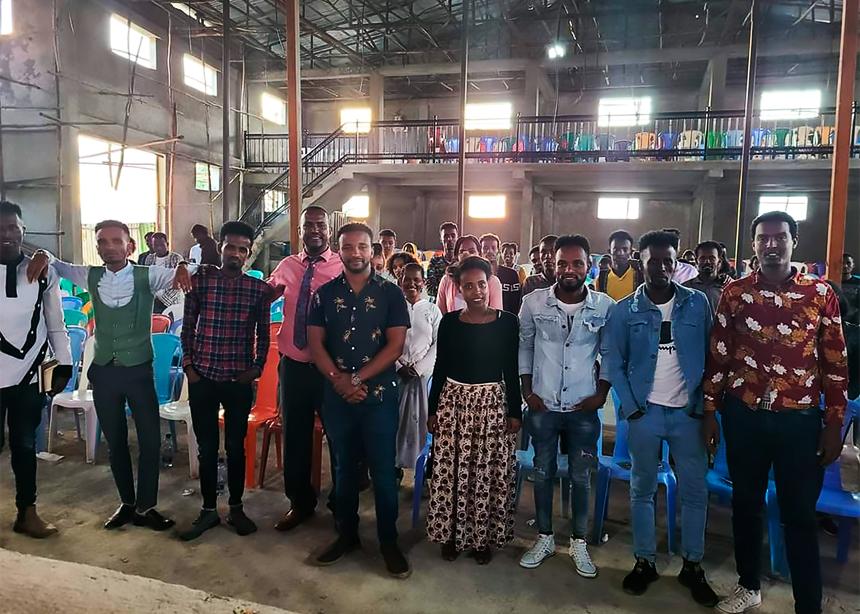 What was so important that an Ethiopian Mennonite pastor would go back to Ethiopia with his family during COVID-19 and a war?

After much preparation and prayer, Pastor Mezgebu A. Tucho of Bethel International Church-Edmonton Oromo Congregation, together with seven coordinators from across Ethiopia, decided to proceed with their plan to equip Ethiopian leaders, youth and families with anger-management skills.

According to Tucho, this was the perfect time to return to Ethiopia, as there was a lot of anger and violence, with the message of peace being critical. “If we do not address the root causes of anger, it will lead to more and more violence,” he said.

Tucho and his family remained in Ethiopia for a month, returning safely home to Edmonton on Dec. 8, after teaching in a variety of places chosen by the coordinators, who come from different parts of the country and from different denominations.

Part of the reason the Tuchos chose to go ahead with their plans was that they were reassured by the coordinators that the violence and pandemic were not as bad as portrayed in the media. There were police and soldiers in each region, but they felt safe and found that the only inconvenience was a lack of transportation in certain areas due to pockets of violence.

The coordinators chose to hold some of their workshops in Nekemte, which is six hours west of the capital, Addis Ababa, towards the Sudanese border. Thousands of people from more than 300 churches attended a three-day workshop, which included teaching on anger management, depression, stress, spiritual formation and discipleship. Part of Tucho’s teaching was that Jesus was the way to a transformed life.

Before 2018, Tucho was limited in his ability to fulfil his dream to preach the gospel of peace, since the government arrested many of his tribe who were not part of the state religion. He saw so many politicians hungry for money and power, and has seen first-hand that politics and religion don’t mix: “In the past, politicians have said they wanted unity, but what they meant was they wanted everyone to be part of one religion. There was no diversity in their vision of unity.”

Tucho wishes that leaders would sit down and talk with one another—whether religious leaders or politicians. “But even if we come together, that’s not enough,” he said. “Without Jesus there is no peace.”

Multiple times he mentioned that peace is not just the absence of violence and that people need Jesus to help them with self-control: “He gives us the Holy Spirit, and the Holy Spirit gives us power and that’s how people’s hearts are changed.”

Peace can be a challenge when even faith communities differ, with some churches siding with the people and some siding with the government. His message to Mennonites, or any denomination, is that change cannot happen alone. “We cannot only focus on the Mennonite churches; we need the whole body of Christ,” he said. “It is important to support one another.”

At one of the meetings, a Full Gospel pastor encouraged people to take the peace and justice course at the Mennonite Bible school, Meserete Kristos College, in Bishoftu. (In Ethiopia, Mennonites are considered part of the evangelical church.) “The whole church has the power to bring people together,” he said. “We need to discuss together, pray together and come up with solutions together.”

Tucho has been trying to go back to Ethiopia once or twice a year since 2018. He hopes to join Mennonite Church Alberta leaders in 2021, who are praying about providing discipleship and peace training for South Sudanese refugees who are in camps in Ethiopia on the Sudanese border. 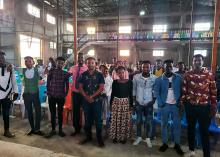 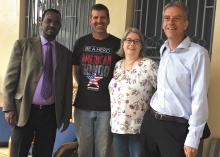