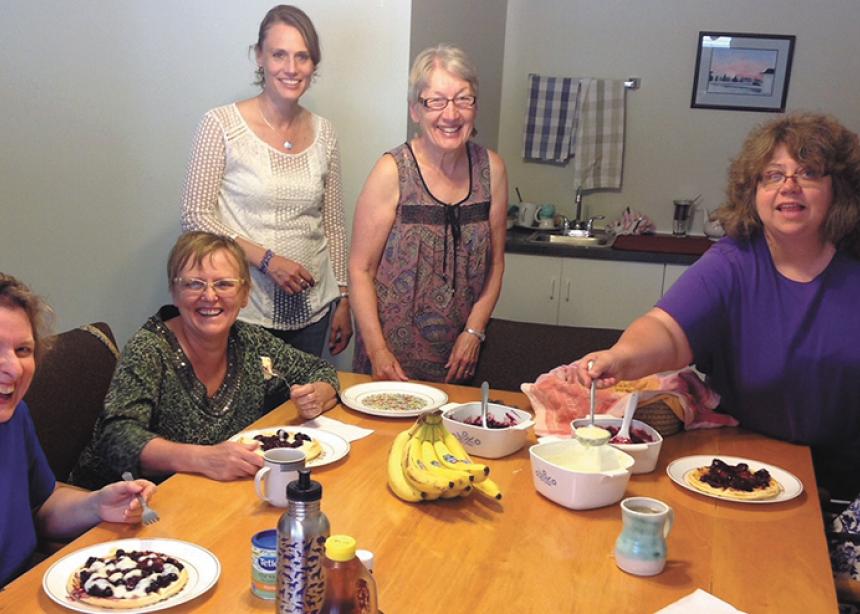 From time immemorial—as the biblical story of Ruth and Naomi illustrates—developing friendships and tending relationships have often been a woman’s “go-to, our have-to, our live for,” especially during times of stress. In the current season of stressful change within Mennonite Church Canada, tending relationships may be especially important to the health of the church. Drawing on women’s gifts for making connections can help us thrive rather than divide or shrivel.

That’s the opinion of Marlene Harder Bogard, a long-time friend and ministry colleague from MC U.S.A. Throughout her life, she has helped empower Mennonite women. One way she did that was to immerse herself in a landmark study on friendship among women by a group of psychologists: “Biobehavioural responses to stress in females: Tend-and-befriend, not fight-or-flight” (University of California, Los Angeles, 2000). Following are some of Harder Bogard’s personal highlights from the study:

For me, these are exciting findings, which mean that, like Ruth and Naomi, women today can bless our faith communities with the calming effect of this God-given gift involving our hormonal stress response of tending and befriending.

As our regional churches take on increased responsibility and ownership of church life, we have new opportunities to use, recognize, celebrate and reap the benefits of this newly named gift.

Mennonite Women Canada and its regional groups want this “tending and befriending” to happen, and we do this by having day-or weekend-long inspirational retreats. For example, MW Manitoba’s annual spring retreat takes place on April 28, 2018, at Charleswood Mennonite Church in Winnipeg, with guest speaker Moira Somers addressing the theme of “resilience.” Tend and befriend.