Tears shed over the closing of Riverdale Mennonite 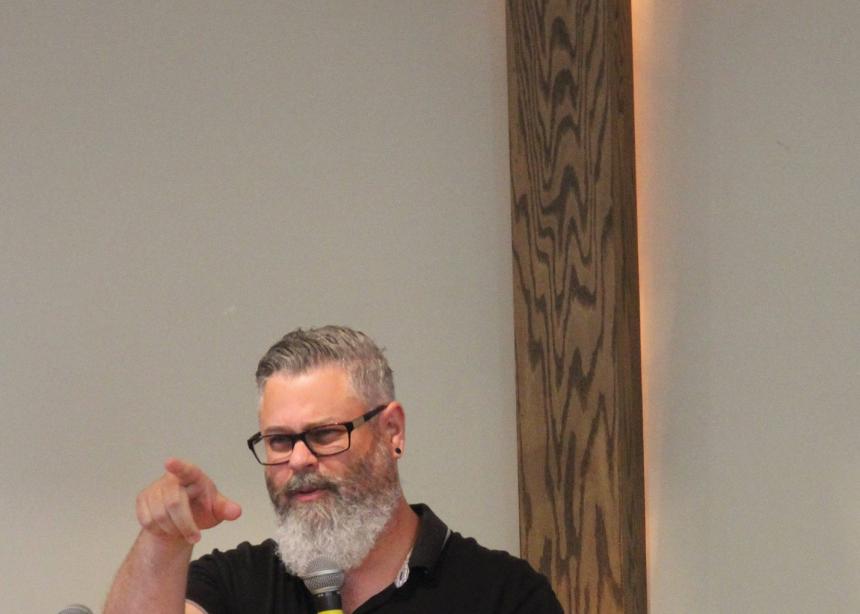 After 71 years of faithful service, Riverdale Mennonite Church closed its doors on Aug. 31, 2017. The building is being taken over by the Berean Community Church, which assumed ownership and took over the charter of the congregation on Sept. 1.

The church was birthed in 1946, planted there by members of the Poole and Maple View congregations. At that time, they were all called Amish Mennonite, showing their roots in the Amish who settled Perth County in the 1830s from Alsace-Lorraine and Bavaria, but also showing that they were from the progressive wing that began building places of worship in the 1880s. These buildings precipitated a split among the Amish, with some continuing to worship in houses and barns, rather than moving into purpose built churches.

A Presbyterian church building built in 1891, but which had not been used since the early 1940s, was repurposed for the congregation, and 60 members signed the charter. After two years, the congregation called its own pastor, Menno Zehr.

The congregation’s purpose from the beginning was to serve as an outreach into the Millbank community. In many ways through the years it did so, but it also became the first home for many of those who left the Old Order Amish, as it was seen by some as more “conservative” than neighbouring congregations.

According to Doug Amstutz, Riverdale’s intentional interim pastor at the time of the closing, over the past 10 years there were a number of “body blows to the congregation.” Pastor Clive Ollies died, and Mel Herrfort, a key leader, died in the building at the end of a service. Then the tenures of a youth worker and pastor both ended abruptly, arising out of—and creating—further divisions in the congregation.

Like many rural churches, Riverdale was already feeling the pressure of bigger farms and smaller families, and of young adults leaving for the city. The loss of a number of subsequent families following the conflict seemed to demoralize the congregation. After gentle work by Amstutz and consultant Keith Regehr, the congregation decided on Feb. 26 of this year to close.

The congregation decided to hold two closing services, with the one on Aug. 20 advertised far and wide as the closing service, while reserving Aug. 27 for a more intimate gathering for members to say goodbye. 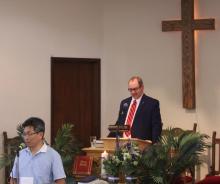