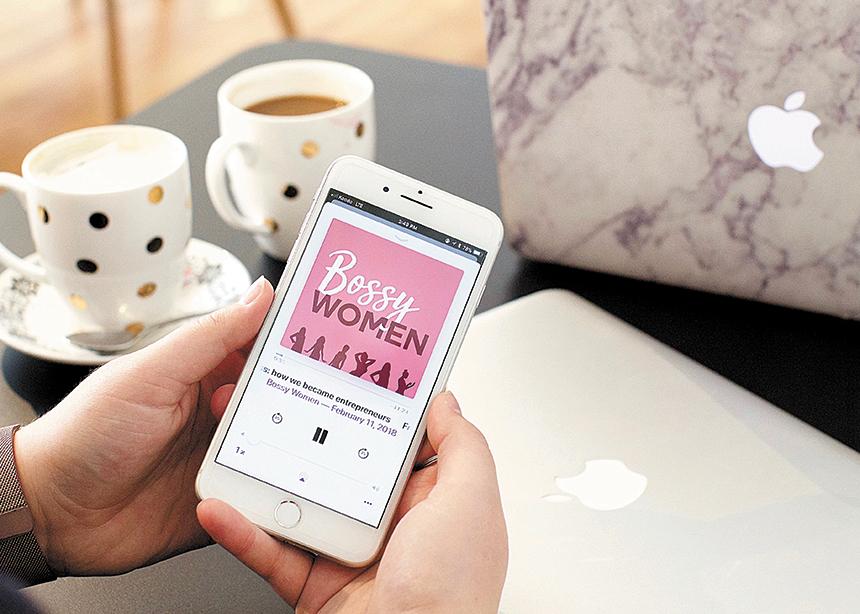 ‘There’s been a lot of experience and wisdom we’ve been able to tap into,’ Katie Steckly says of the podcast. (Photo by Michelle Reiner)

Two young women from Mennonite Church Canada congregations are the creators of a new podcast about entrepreneurship.

“As we’ve become more involved in the entrepreneurial community in Kitchener-Waterloo, we realized how many amazing women business owners there are,” says Steckly, 21, a recent University of Waterloo graduate who operates a freelance videography company. “We thought it was important to support them but also to show other aspiring women entrepreneurs that they could follow the same path.”

“We just really hope that we can learn from the women we interview, and that our listeners can, too,” adds Bentz, 20, who studies at the University of Waterloo and runs a health and wellness business.

Steckly and Bentz met while living in residence at Conrad Grebel University College. They launched the podcast this past March.

In one episode, Steckly shared how she started her business, and in another, she and Bentz discussed whether or not it’s valuable for entrepreneurs to go to university.

They chose the name Bossy Women because both were labelled bossy when they were growing up.

“We wanted to reclaim this term that’s often seen as negative when it’s applied to women,” Steckly says. “By being what was considered bossy when we were younger, we’ve become driven, independent women who want to take charge in our own lives.”

“It’s important to stick up for yourself and do what’s best for you,” Bentz adds. “I think a lot of the women we’ve interviewed have had similar experiences, where, if they wanted something, they went after it.”

Steckly and Bentz are enjoying the work that goes into producing the podcast.

“It’s been really fun,” Steckly says. “There’s been a lot of experience and wisdom we’ve been able to tap into.”

One of the things that Bentz has learned is the importance of taking action. “Something that stuck out in a lot of the interviews is to not let yourself overthink things and wait for the right time, because there’s never going to be a right time,” she says. “If you’re interested in pursuing something, just go for it and work hard, and don’t let yourself get in the way of that.”

Steckly has been struck by how important it is to look to other people for support. “The overall takeaway has just been the huge benefits and positive impacts of being in a community with other business owners,” she says. “Again and again what the women we’ve interviewed have expressed is how much they’ve gained from working with their peers and taking a mindset of being in community rather than competing with other entrepreneurs.” 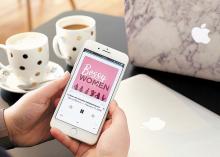 ‘There’s been a lot of experience and wisdom we’ve been able to tap into,’ Katie Steckly says of the podcast. (Photo by Michelle Reiner)