‘Superb helped me continue to have faith’ 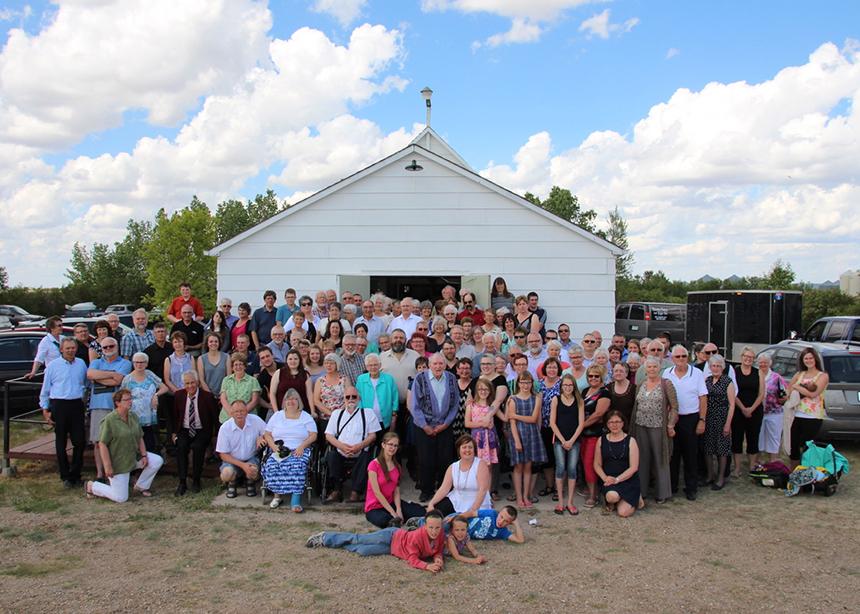 “I think they’re going to grieve for a while,” says Lois Siemens of Superb Mennonite Church, which held its final worship service on May 31.

The church building, located 212 kilometres west of Saskatoon near Kerrobert, was home to a small but thriving congregation for more than 75 years. It took its name from the hamlet of Superb, where 10 Mennonite families settled in 1927.

“These families had little else but the clothes on their backs and a strong Christian faith,” write Elsbeth Bergen and Helen Olfert in their history of the congregation.

Soon after arriving, the families began meeting for Sunday worship in each other’s homes. They were fortunate to have a leader in Peter J. Klassen, an ordained minister and published writer who preached, taught Sunday school and catechism classes, and started a church choir.

“In those years, only a bishop could perform baptism and serve communion,” write Bergen and Olfert. The congregation had a minister but no bishop, so it joined with Mennonites from Herschel, Fiske and Glidden to form a cluster of congregations known as the Ebenfeld Gemeinde. Bishop Jacob Wiens served these four congregations.

In addition to sharing the services of a bishop, the Ebenfeld Gemeinde held a joint annual meeting, an annual picnic and, eventually, joint youth activities.

When the Ebenfeld Gemeinde dissolved in 1972, Superb Mennonite became an independent congregation.

By 1944, the church had 50 members. Meeting in homes was no longer possible, so they purchased a former printing office in nearby Luseland. They dismantled the building, moved it to their chosen site and reassembled it.

They dedicated it in 1945. They also dedicated an adjacent cemetery plot, but no burials ever took place there.

Superb Mennonite moved away from the German language in the 1960s. English was first used in Sunday school classes, then during membership meetings, and finally during worship.

In 2001, the church hired Grant Martens. Under his leadership, Superb Mennonite gained visibility in the broader church when their choir, Simply Superb, performed several full-length musicals.

The musicals were a big deal, as Lois found out when the congregation hired her to replace Martens in 2006. “When I came [to Superb] that’s what people kept talking to me about,” she says.

After Lois resigned, the congregation carried on with members taking turns planning and leading worship as they felt able. But as their numbers continued to dwindle, the inevitable decision to close the doors was made.

“It wasn’t sustainable,” Siemens says. “Too many people leave and nobody comes to replace them.” She says the church was already talking of closing when she arrived, and adds that, during her time there, six families left.

Plans for the closing service were complicated by COVID-19. Saskatchewan law under the state of emergency prohibited gatherings of more than 10 people. So only 10 people were physically present, but Leighton Krahn, who planned the service, says, “No one was excluded [who] would have been a regular attender.” Former attenders and former pastors participated via Zoom.

“We’re 20 miles from nowhere,” says Krahn. “The church building has no internet access, so we ran the meeting using my phone as a hotspot.” Both Lois and Mennonite Church Saskatchewan’s executive minister, Ryan Siemens, had pre-recorded their sermons at the church the previous Friday.

Wiebe led the service remotely. Feick read Scripture and offered a pastoral prayer. Martens led communion, and Lois led the congregation through a closing ritual in which they stacked hymnbooks, pulled window blinds and readied the building for closure.

“Superb is unique church,” says Lois. “It has a different vibe to it than I’ve ever experienced.” She recalls how another pastor, whom she’d invited as a guest speaker, had walked into the foyer and exclaimed, “I feel at home now.”

Krahn, who came to the community with his wife Tammy 15 years ago, agrees. “It’s the most inclusive, inviting and accepting church,” he says. “People are really willing to express alternative points of view.” He adds, “Superb helped me continue to have faith.”

The congregation hopes to sell the building and have it moved off-site. It also hopes to designate the remaining funds toward a legacy project of some kind. 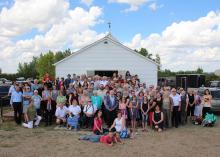 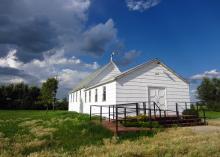 Thank you, Donna, for this wonderful tribute to our church.