A summer of page-turners 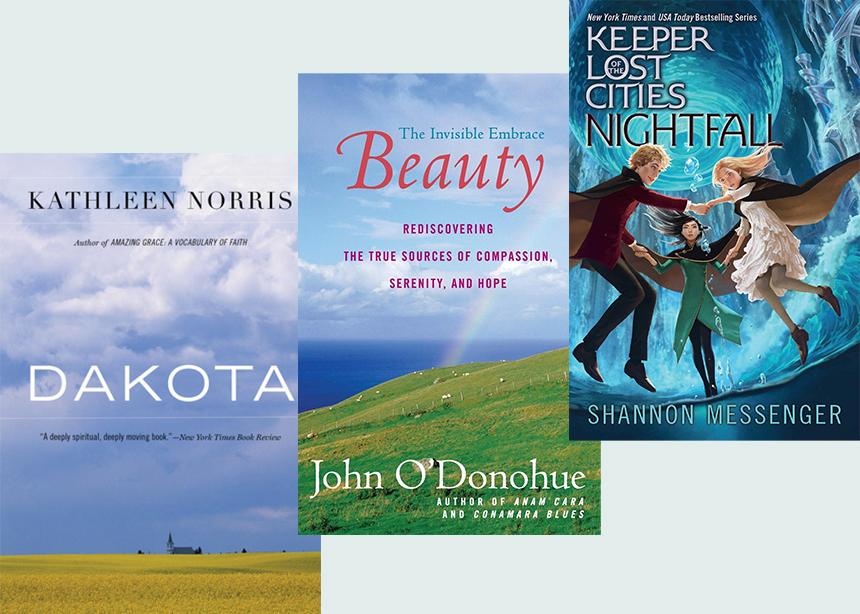 Are you browsing the library shelves aimlessly, uncertain as to which book to take home? Did you spend the entire summer gardening or at the lake, unable to find time to read? Or are you looking for a wonderful story to carry you through the gloomy winter? Look no further! Avid readers from across Mennonite Church Saskatchewan have plenty of recommendations to share.

For Nettie Miller, a resident of Bethany Manor seniors residence in Saskatoon, a trip downstairs to the library always yields some interesting finds.

“I’ve always been a reader," she says. "I like mysteries, and love stories, of course. I used to read lots of historical fiction, old-time stories about the winning of the west. Dee Henderson’s books are good. She has an easy way of writing; more down to earth. I also really enjoy J.A. Jance’s mysteries.”

Many readers find inspiration through their book clubs. Harry and Kathe Harder of Pleasant Point Mennonite Church, near Clavet, say the members of their church book club met over Zoom during the pandemic, and it was a good way to stay connected and engaged during a season of isolation.

The books that generated the most robust discussion by club members were: Reading Lolita in Tehran by Azar Nafisi, Outliers by Malcolm Gladwell, Five Little Indians by Michelle Good, Educated by Tara Westover, Twelve Steps to a Compassionate Life by Karen Armstrong, Crossroads by Kaleb Dahlgren, The Book of Negroes by Lawrence Hill, Saving Us: A Climate Scientist's Case for Hope and Healing in a Divided World by Katherine Hayhoe, and Caste by Isabel Wilkerson.

For our younger Canadian Mennonite readers, eight-year-old Miriam Wallace of The Backyard Church in Saskatoon shares her favourite book of the summer: Nightfall: Keeper of the Lost Cities, Book 4 by Shannon Messenger. “It's a good book," she says. "It is giant and very adventury. If you like books about adventure, you will love it (except the cliff hangers maybe).”

Monica Dalke takes a very ordered approach to the many books she reads. She keeps a list of every book she reads, a brief description and review of the book, and then rates the book out of five stars.

“I don’t keep any book in my shelves that was less than four stars; it keeps me from accumulating too many,” she says with a laugh. Dalke, who attends Mount Royal Mennonite Church in Saskatoon, says, “I read both fiction and non-fiction, and I especially like to read books that pack a punch and make me think.”

Her top recommendations from the summer are the novel Saint Maybe by Anne Tyler and Dakota: A Spiritual Geography by Kathleen Norris. She suggests that Dakota would be especially appreciated by prairie readers. “[Norris] gets the essence of the prairie and how it impacts the spirit. The book is set in South Dakota, but it could take place in Saskatchewan,” she says.

She also suggests any book penned by Richard Wagamese.

Eileen Klassen of Aberdeen Mennonite Church narrowed down the many books she read this year to her three favourites. “I read Becoming by Michelle Obama," she says, "which, in some ways, was predictable, but what struck me was how she was able to maintain her own identity even while being married to one of the most powerful men in the world. I think that the ability to be your own person, in spite of the roles one plays in life, is very inspirational, for women especially."

She also recommends Heart Berries, a memoir by Indigenous author Terese Marie Mailhot. The book, comprising 11 essays, had a profound effect on Klassen.

“Her story is hard to read, based on the things that she went through, yet the way she wrote it was absolutely amazing," says Klassen. "It was chaotic, but she wasn’t trying to sensationalize. She was not trying to entertain readers, and something about that was therapeutic.”

Klassen’s No. 1 recommendation is an old favourite that she returns to from time to time: Beauty: The Invisible Embrace by John O’Donahue.

“It’s just such a wonderful book,” Klassen says. “At the time I first read it, I was starting to work in hospice care, and it struck a chord with me. I found it does take you to a deeper level of your own consciousness. It’s a small book, easy to read, yet it packs a wallop.” 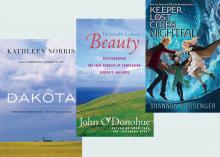 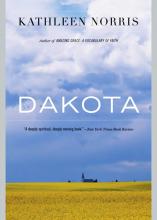 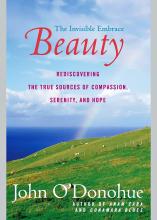 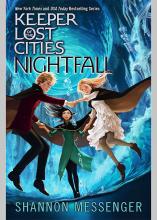