Summer memories go up in smoke 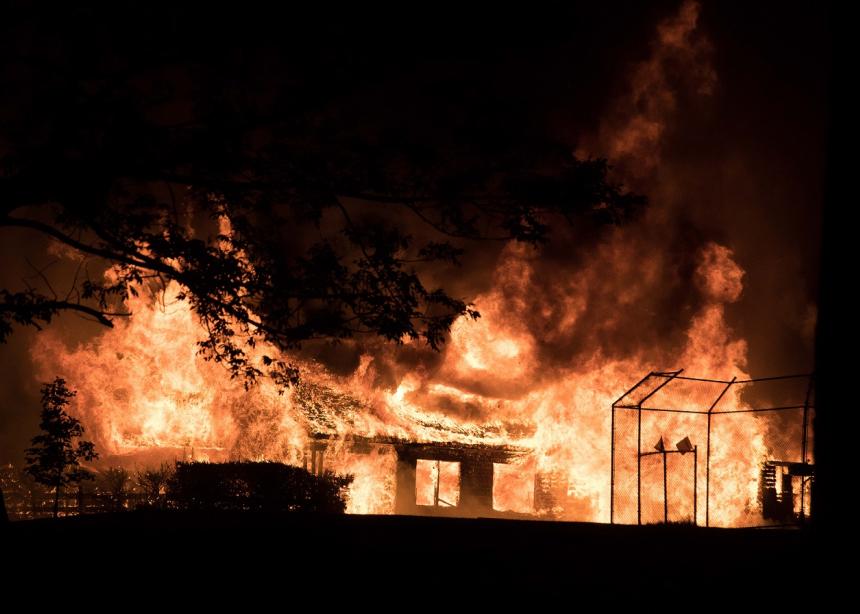 The fire has been classified as accidental and no further investigation is being carried out. Fireworks had been displayed near the building on the evening of July 1, 2017, and the fire began several hours later.

While waiting for firefighters to come, campers carried water from the nearby lake to the building in an attempt to control the fire but were soon called off as a large propane tank was in danger of becoming engulfed. Hot spots continued to smoulder for several days, and the building has been declared a total loss.

The camp opened in 1948. Owned by an association of Mennonites, it served Mennonites from the three founding churches now in Mennonite Church Eastern Canada from the beginning. While the camp originally ran programs for children and youth, these ended as church-run camps at Hidden Acres, Silver Lake and Fraser Lake opened. The camp has cabins, a trailer park, two golf courses and other amenities, including the Hallman Chapel, where Vacation Bible School (VBS) is held every summer.

Sheryl Plouffe, a friend of the camp and a designated spokesperson, said that plans are to rebuild, but that for this summer the tuck shop is being moved and trailers are being moved in to replace the offices and restaurant.

Neil Snyder, a regular at the camp, said that, in order for VBS to run, all the materials that had been stored in the building needed to be recreated by the camp staff. A large tent has been set up to run the VBS this year.

If anyone has photos of the building, or of camp staff and activities in years past, the camp staff would much appreciate it if these could be digitized and sent by email to clc@gbtel.ca, as the building contained many photos that were not stored elsewhere. 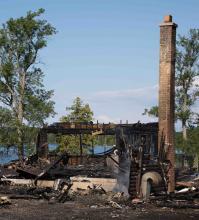