How the family of Nick Brandt is dealing with his death 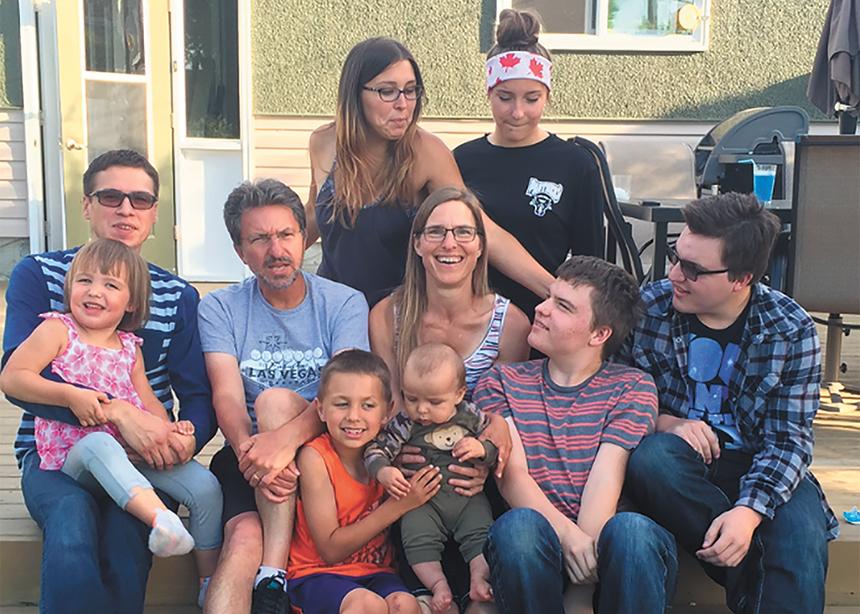 In one horrible instant, the entire Brandt family was thrown into a chaos of wrenching grief and unanswerable questions. Nick’s father Randy expresses how incomprehensible his son’s suicide was: “If the evidence wasn’t there, and if he hadn’t left a note, I would have looked for a different explanation.”

There were no obvious indicators that Nick was in trouble. No one could have seen it coming, and the questions, “what-ifs” and the resulting unwanted life changes have no visible end.

To all outward appearances, Nick’s life was normal, perhaps even charmed. Good looking, intelligent, gentle, funny and uncomplaining, he had many friends and strong family relationships.

In the fall of 2017, he began a computer science program at MacEwan University in Edmonton. His activities included reading, skiing, and playing board and video games. He enjoyed family vacations.

Like many introverted personalities, he was often quiet. There were no changes in behaviour that might have indicated depression or mental illness. The note he left for his family let them know that he loved them but that his experience of life was too hard to continue. He related not having felt emotions for four years, and that ending his life was not a rash decision but a carefully planned choice. This was no mistake or cry for help. It was a firm and well-researched decision that he did not share with anyone else.

A funeral was held at First Mennonite Church in Edmonton on March 31. In planning for the service, the Brandts were united in their desire to be open about what had happened, for their own coping and to possibly be of help to others. In the days and weeks after the service, many have thanked them for this. It has encouraged conversations and challenged the stigmas and silence that can surround suicide.

“Why? Why didn’t he say something?” Randy and his wife Susan have asked this question over and over, knowing there is no answer for them. Their story, however, might give someone else the courage to say something, it may provide the nudge to prevent the tragedy of suicide in another family.

In the recent past, suicide was regarded as both a crime and a sin, but Randy and Susan never considered trying to hide what had happened. “We didn’t know that it was supposed to be secret. . . . I can’t imagine the horror of trying to hide something like that,” Randy says.

Their experience indicates that perhaps past stigmas attached to suicide are changing. “No one has said anything even mildly judgmental,” he says.

“The church was so incredible. We really felt held and loved by them; they embodied love in action. They took such a load off our shoulders. That was huge,” Susan adds.

Even though the stigma may be less powerful than it used to be, there are still negative legacies associated with suicide. While intellectually it is possible to know there is no blame to be had, the heart is not easily convinced.

Susan expresses the struggle, saying: “The feelings of shame do come. It feels like we have been handed the ultimate Worst Parent of the Year Award. . . . Maybe a part of me is embarrassed that we have this in our family. Weirdly, it is a real blow to your ego on top of the tragedy.”

The Brandts don’t feel they have gained any special wisdom from their loss. However, they have noticed that many people are awkward around them, and in not knowing what to say, they avoid acknowledging the family’s ongoing loss, or they attempt to cheer the family up. When, for them, every waking moment is a reminder that Nick is gone, avoidance and cheeriness are not helpful.

“In talking to people who deal with tragedy, I have learned not to practise avoidance,” Randy says. “It feels good when people acknowledge the pain.”

Since each family member might need space, togetherness, tears or laughter at different times, these needs inevitably cause friction when no one has any emotional reserve. Being at a child’s birthday party, as an example, is necessary and joyful, while at the same time it is a painful trigger for fresh bouts of grief. “Grief is so fragmented,” Susan observes.

In the midst of the pain, some things are sustaining and helpful. Counselling services and a suicide survivors group provide important support, and Susan finds that reading about the aftermath of suicide is helpful in dealing with thoughts and feelings that seem dark and overwhelming. “There is no new thought under the sun. [Knowing this] is very validating,” she says.

Practical help in the form of the old-fashioned bringing of casseroles and numerous small kindnesses have helped to sustain the Brandts.

“Never minimize what you have to offer,” Susan says. “We have felt support from places we never expected. I hope I never feel that I am not close enough to matter.”

The Brandts’ struggle with the questions and repercussions of Nick’s choice will continue. The same questions will need to be asked over and over in the process of learning to cope with the reality of loss. While no one saw this tragedy coming, perhaps the sharing of their story can bring other silent struggles into the light of hope and help. 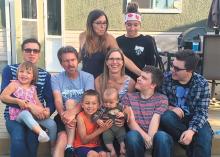 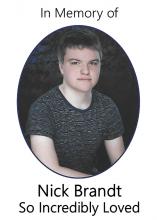 Thank you, Randy and Susan, for sharing with us. We love and care for you even though you have moved from our community and we do not see you. I am sorry that your son had this chemical imbalance in his body and that he did not share with you any symptoms. I am thankful that you are able to use resources to help you. Love, Lorraine

I just read this after a friend shared the link on Facebook. Although we live in the same town, I only know Susan and a few of her children to say hello, share a smile and a few words. However as a mom, I can’t imagine the heartbreak of losing a child to this illness and shared tears and sadness to hear of Nick’s loss. I am learning there is nothing worse than silence from others when you lose a loved one, and I am determined to be that person to show caring even when it’s awkward. I didn’t even realize there was still judgement by some Christians on suicide until a wonderful friend committed suicide when I was a teenager, after a sudden year long battle with mental illness. He was my best friend’s dad, a loving father and husband, successful farmer, and a strong Christian. He had nothing but support and love from his family and friends. That was when it hit me: if it could happen to him, it could happen to anyone, and there was no doubt in my mind it was an illness like cancer or any other life-threatening disease. However, the pastor at his memorial service said “We will leave it to God to judge him.” I was so shocked, as his illness was so debilitating and crushing, and I can remember being angry that someone could say such a terrible thing, even suggesting that there was anything to judge. I hope the Brandts feel only warmth and shared grief on the loss of their beautiful son.