Studying the Bible through a feminist lens 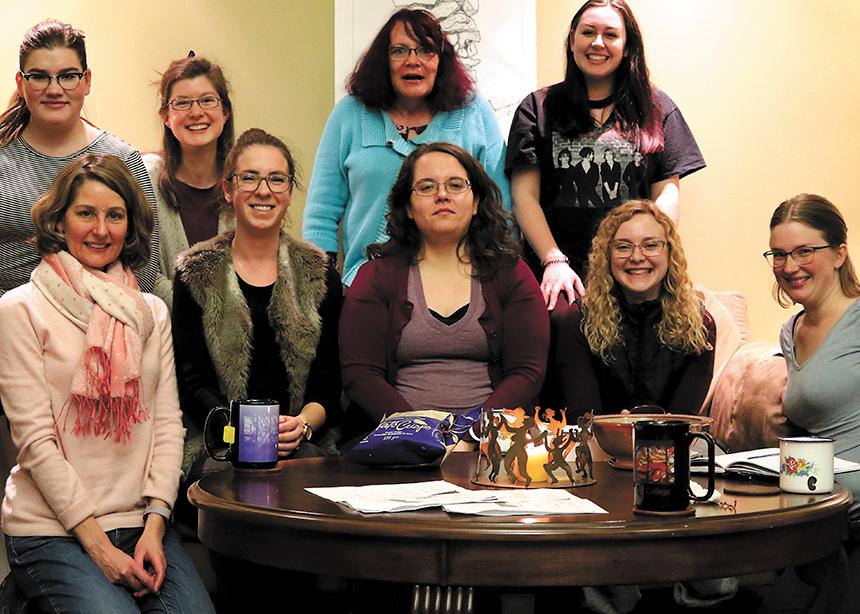 Jessica Reesor Rempel, 29, a member of Stirling Avenue Mennonite Church in Kitchener, started Feminist Bible Study to create a space for women to discuss issues of power, privilege and the role of women in the Bible.

Reesor Rempel is a community pastor for Pastors in Exile (PiE), an Anabaptist-rooted movement seeking to connect young people in Waterloo Region with vibrant faith experiences outside of church walls. PiE started the study in 2015, and Reesor Rempel says this is one such way the movement is helping facilitate these faith experiences.

In their readings of the books of Ruth, Luke, Esther, Song of Solomon and Genesis, and non-canonical books like the “Gospel according to Mary Magdalene,” many participants are seeing their faith and social justice ideologies come closer together.

For some, Christianity and feminism—the belief that women and men of any race, sexual orientation, ability, gender identity and religion should have equal rights and opportunities—previously seemed mutually exclusive.

Caitie Walker, 22, is in her final year at the University of Waterloo. She attends Nexus Church in downtown Kitchener and has been attending the study since it began. She grew up in a traditional Christian home where women in the Bible weren’t discussed very often.

“In the framework of my churches that I was at growing up, women weren’t portrayed as powerful people God worked through, especially because there are so few examples of women,” she says.

At Bible study, though, the group looks at important women in the Bible and explores the historical context relating to why their roles are silenced.

“I’m learning that even though they might not be mentioned in a ton of detail, women were still instrumental, important and hung out with Jesus all the time,” she says.

Walker thinks the Bible study has allowed her to appreciate her conservative upbringing. “I think it’s helped me to kind of create a link between this conservative Christian background that I have and the more liberal beliefs that I’ve grown into,” she says. “My faith is still really important to me, but [the study] helped me change the framework I view it through.”

Reesor Rempel says others have been able to reconcile their faith and feminism. “It’s fun to see people open the Bible who haven’t opened it in 10 years or something because they’ve been turned off by the patriarchy of the Bible,” she says. “We’re not denying there’s patriarchy in the Bible, but what are the lessons there? How can we reclaim it, pick it up again and find it meaningful?”

Many of the Bible study participants are busy students.

Katie Steckly, 21, a fourth-year University of Waterloo student who attends Stirling Avenue, says the study has provided her a time and space to be more intentional about her faith in God: “I found being busy with homework and all the things that go along with school, it’s difficult to find the time to go to church or a space to connect with my faith individually. I think when you’re a student, it’s so easy to see any time you have to yourself to spend it studying. Having that time carved out of my week for Feminist Bible Study has helped me connect with my faith.”

It isn’t necessarily just about discussing the texts, but more importantly about how they’re discussed. Reesor Rempel, who often facilitates the discussion, says the group uses a talking piece—a ball they pass around to make sure everyone has a chance to speak and be heard.

“We’ve been taught, especially in academia, that you have to be loud and assertive, and get your voices in there quickly,” she says. “It’s easy for dominant voices to be heard and for people to jump on top of each other. We’re finding ways for more voices to share and be heard. The way we’re together is just as important as what we’re studying.”

Reading the Bible in a community of other social-minded individuals is something that’s become very important to the participants.

“There’s something very Anabaptist in it,” Reesor Rempel says. “To be reading in community is really essential. I have a sense that, if the Bible is going to continue to be important in my life, I’m going to have to read it in community.”

To join the Bible study, visit facebook.com/pastorsinexile/ for more information. 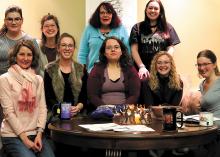 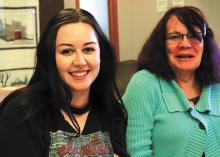 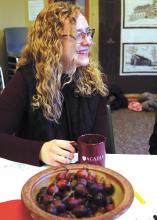 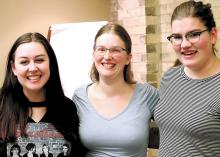