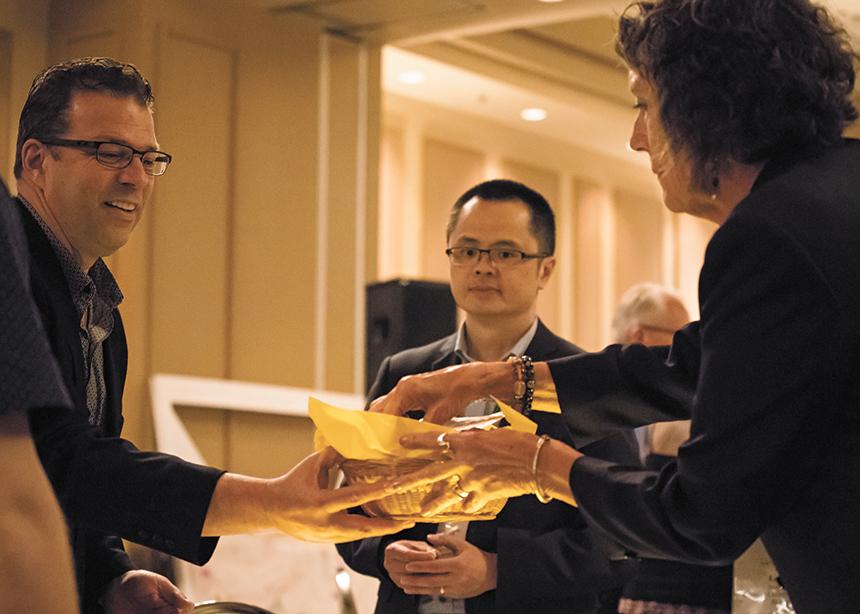 After Gathering 2019 last summer, Doug Klassen, then newly hired as executive minister of Mennonite Church Canada, sat down with me for a chat in the Abbotsford, B.C., airport. Amid the chatter of travellers and loudspeaker announcements, we considered the work ahead for our church. We talked about structure and identity.

Since the denominational restructuring that happened in October 2017, there has been a lot of sorting through priorities, functions and roles. Part of the re-organizing meant a new decision-making body called the Joint Council. Representatives from each of the five regional churches serve on this board, working on behalf of the nationwide body. They have met, both virtually and in person, and made decisions around priorities and policies in the new reality. (You can see the members of that group and get links to the meeting minutes through the MC Canada website at mennonitechurch.ca.)

The Joint Council last met on Jan. 25 and 26 in Waterloo, Ont. Their time together included conversations and decisions on a variety of topics. They appointed representatives to the Mennonite World Conference Global Youth Summit, to be held in Indonesia in 2021, and approved a new human resources policy, “On Speaking Publicly and On Individual Acts of Conscientious Civil Disobedience.”

In terms of finances, the nationwide and regional churches have seen a decline in donations and they are responding with careful spending and thinking around “a more comprehensive engagement approach,” in the words of Calvin Quan, who serves as moderator. Conversations are happening about how to fund the work of International Witness, given that the previously proposed model of “support teams” has not yielded the necessary funds. Also at the meeting, the Executive Staff Group, comprising the regional church executive ministers, brought a proposal for a study on the ongoing sustainability of the denomination.

They discussed a nationwide communication strategy for the larger church, which includes a continuing partnership with Canadian Mennonite and the creation of a new website hub. In mid-February, the hub was launched for the five regional churches and MC Canada, with plans to help congregations create their individual—though connected—websites.

Joint Council is also looking beyond denominational borders and considering how it works with outside partners and ecumenical organizations. How does MC Canada build and maintain relationships with Mennonites in other parts of the world? Presently there is exploration around projects in Burkina Faso and Congo with the Africa Inter-Mennonite Mission.

In the Future Directions process leading up to the new shape of our denomination, nationwide conversations included a lot of talk around form and structure—which feels like a familiar Mennonite go-to. But in last year’s airport conversation, and again recently, Doug honed in on what he calls “the identity piece” for the church. “Our big task now is to talk about substance. What’s filling that form?” he asked. Who are we as a church? What is the church’s vocation and how are we living into that?

That is the topic for a study conference planned for Oct. 22 to 24 in Ontario. Sara Wenger Shenk, who formerly served as president of Anabaptist Mennonite Biblical Seminary in Elkhart, Ind., will help participants reflect on the identity of the church, with the topic “Rethinking dinner: The essence of church.” Put it on your calendar.

As we live in the season of Lent, there is much to ponder and grieve.

The Covid-19 virus continues to spread, causing fear and death in new places around the world. It has brought out stories of both heroism and bigotry. We do not know what is ahead.

Canadians have seen several weeks of protests in connection with the proposed liquid natural gas pipeline on Wet’suwet’en land in British Columbia. The story gets more and more complex as Indigenous and non-Indigenous people take sides amid calls for justice and concern for the environment. What does the way to reconciliation look like for the country and for us as individuals?

Many people were shocked to learn that sexual abuse allegations have been brought against beloved humanitarian Jean Vanier, best known for his founding of the international L’Arche communities. How do we respond when our heroes fail?

You and I are invited to bring these struggles and pains before our Creator, who listens and is present in difficult times. As we walk in this season that leads to the cross, pray with me: “Lord, have mercy. Your kingdom come, your will be done.” 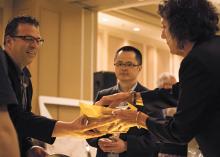