Strengthening faith for the coming year 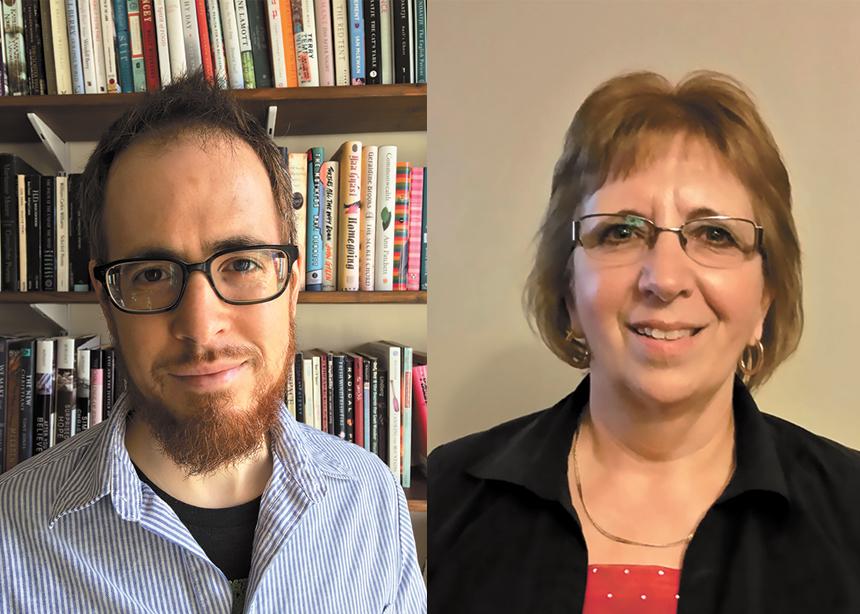 When a new year begins, many people resolve to lose weight or begin exercising. But the dawning of a new year is also a good time to consider improving one’s spiritual fitness.

Josh Wallace, who is Mennonite Church Saskatchewan’s church engagement minister, says spiritual practice is essential to a healthy faith. “Our lives depend on it,” he says. “Without a set of regular spiritual practices, our imaginations and desires are going to be shaped by other things.”

“I think it’s vital, because it’s at those times that we attune ourselves to God, and to the ways of God, as opposed to attuning ourselves to the culture and media around us,” she says. “If we don’t have spiritual practices, we don’t allow ourselves to be formed in the ways of God.” She adds, “I don’t think one hour on Sunday morning is sufficient to do that. We need those daily practices.”

For many Christians, daily practice includes some form of prayer.

About once a week Sharon Schultz spends two to three hours alone at Eyebrow Mennonite Church, where she is the pastor. She plays piano and sings hymns. Then she walks through the church, praying. It’s a practice that feeds her soul.

Schultz will also sing along with recorded music while driving.

“God works in my heart as I do that,” she says.

Prayer books, including Common Prayer: A Liturgy for Ordinary Radicals and Celtic Daily Prayer: Prayers and Readings from the Northumbria Community, have guided Wallace’s faith.

“When you [read] them year after year, bits and pieces of those prayers shape your imagination of the world around you,” he says.

Kevin Koop is pastor of Carrot River Mennonite. He cites author Richard Foster, who identifies two types of prayer for times when one feels stressed or overwhelmed. With simple prayer, one simply cries to God for help. Contemplative prayer is less about articulating one’s distress and more about bringing one’s emotions before God.

Koop is grateful to be able to begin most workdays with 10 minutes of contemplative prayer.

But one doesn’t have to be a pastor to engage in spiritual practice. Before beginning his pastorate in Carrot River, Koop worked for a year and a half in a meat shop.

“I learned that God’s presence was not dependent on what I did for a living,” he says. Sometimes all he could manage was saying the Lord’s Prayer as he went to work, but that experience taught him that God was always with him. “Through spiritual practices we create space for God to have influence in our lives,” he adds.

“It’s difficult because my mind goes in many different directions,” she says. “It’s fruitful because, when I stick with it, I am more attuned to God throughout the day.”

Scripture reading is another spiritual practice many Christians find meaningful. Schultz reads through the entire Bible each year. She says this gives her a sense of the scope of the Biblical narrative. But she cautions would-be readers not to start at the beginning.

“Start in the New Testament and read small portions, even just a few verses,” she says. She also tells people not to be discouraged if their reading doesn’t bring them encouragement right off the bat. Daily Scripture reading is “kind of like taking medicine,” she says. The effects are not always felt immediately.

“Solitary Bible study is a fairly recent luxury,” he says. “Jesus would have learned Scripture in a communal setting.” The early Anabaptists would also have read the Bible and prayed together.

As the experiences of these four individuals show, there’s no one-size-fits-all spiritual practice. What works for one won’t necessarily work for another. Journaling, for instance, is a meaningful practice for Steinmann but not for Schultz, who says she finds it “not at all life-giving.”

“Find what works for you,” says Schultz, who acknowledges this may be a trial-and-error process. “If you find you’re discouraged, don’t just give up. Try something else,” she adds.

“Pick something that appeals to you and just go for it,” he says. “Don’t worry about being good at it.” He adds, “It’s like falling in love—usually it’s this bumbling, awkward mess.” But, he assures, “God is present in the bumbling.” 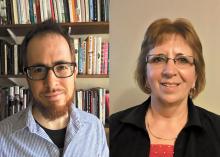 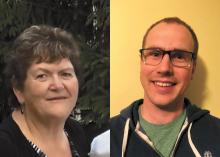