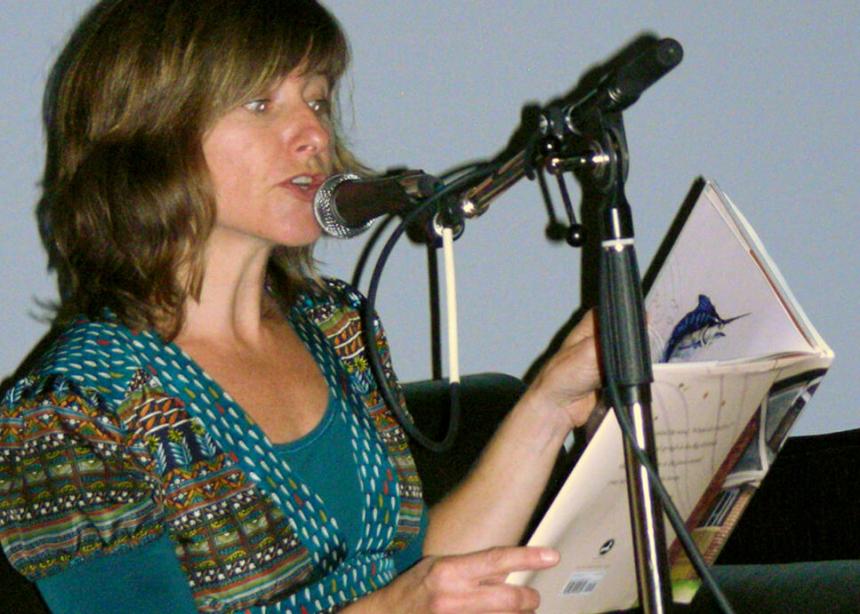 Barbara Nickel of Yarrow is the author of the recently released A Boy Asked the Wind, illustrated by Gillian Newland and published by Red Deer Press. A question her young son asked years ago, “Where does the wind live?” spurred Nickel’s imagination and eventually resulted in this book. The story has the wind answering the boy’s question by taking him on an adventure to experience distinct winds in different parts of the world.

Nickel says she did “lots of research about lots of different winds,” and wanted to emphasize “winds that do positive things.”

But one of the winds described is the shamal of the Middle East, symbolizing the war in the Persian Gulf. “There’s the heart of my story,” says Nickel. “Every story needs a conflict. It’s really a book about peace.”

A critically acclaimed author and poet, Nickel has written several books, including The Secret Wish of Nannerl Mozart and Hannah Waters and the Daughter of Johann Sebastian Bach.

Aften Thiessen of Vancouver has both written and illustrated The Stork and the Sparrow, a retelling of the story of the Prodigal Son using the metaphor of international adoption and birds. The story tells of a white stork named Abigail who finds an egg on her travels through South Africa. The egg hatches to reveal Rosy, a cinnamon sparrow, who searches for her origins and discovers her sense of family.

The original illustrations are collage on canvas board with scrapbook paper, glue, a bone-folder and scissors. Each collage took Thiessen, the communications coordinator and administrative assistant for Mennonite Church B.C., more than two days to complete.

“One of the things that I have learned is, illustrating well takes a long time,” Thiessen writes on her blog (aftenonline.com). “I think especially in the Christian world there is a questioning about the value of art. . . . It’s as if stories and art are not considered ‘real’ needs in the Christian community, but I think they are, because they force us to imagine and empathize, two things we all desperately need more of.”

The Stork and the Sparrow is published by First Choice Books in Victoria and will be officially introduced at a launch party on Nov. 14, 2015, at the Regent College Bookstore in Vancouver. 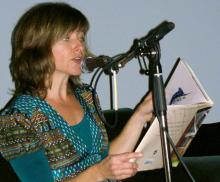 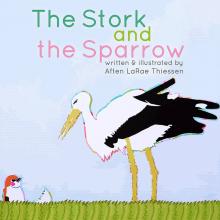