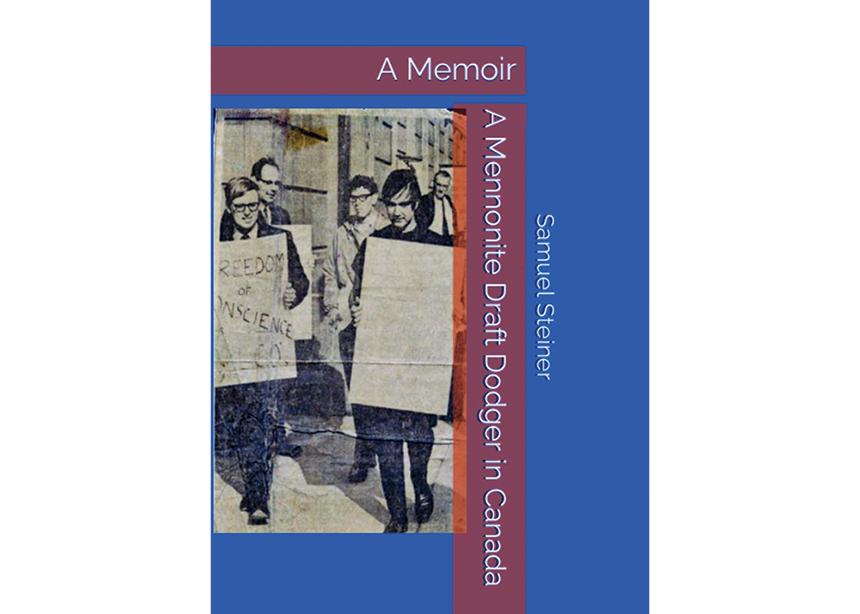 While working on his book In Search of Promised Lands: A Religious History of Mennonites in Ontario, Sam Steiner began writing a weekly online blog about his research, and occasionally he would include personal stories. In this memoir, A Mennonite Draft Dodger in Canada, he has expanded and updated those personal blog stories.

He was born in Ohio, the youngest of six children, to a family with generations of Mennonite church leadership. Instead of following in his forebears’ footsteps, he was something of a rebel. When he turned 18, he registered for the military draft without applying for conscientious objector status, which was the expected route for young Mennonite men.

In March 1965, while a student at Goshen (Ind.) College, he attended a civil-rights protest in Montgomery, Ala., an event that he describes as a “conversion experience.” Recognizing that he could not kill another human, he embraced pacifism along with a strong belief in the importance of social justice.

When he was suspended from Goshen College for participating in a controversial alternative student newspaper, the draft became a major issue. A student of the ’60s, he wanted to live out his convictions. He ripped up his draft card and held a public protest rather than be inducted into the army. As the consequences of this action appeared on the horizon, he finally allowed his friends to assist him in avoiding arrest.

He writes with affection about the Mennonites who helped him find his feet in Canada. He says, “Sue Clemmer became my emotional lifeline as I adjusted to a new world and battled my guilty feelings for not going to prison.” The couple were married in the summer of 1969, less than a year after he came to Waterloo Region, Ont.

Over the next decades, he played an important role in Mennonite circles. Employed at the library and archives at what was then Conrad Grebel College, Steiner also began to sit on church conference boards and committees.

He writes: “I served as secretary on almost every committee I joined. I believed that as the memory of the committee, the secretary’s work was often as significant as that of the chairperson.” His participation on many committees gave him an inside look at Mennonite church politics.

He reflects on the integration of three Mennonite conferences in Ontario into the Mennonite Conference of Eastern Canada. He was very involved in the process, and writes, “I believed I had made a difference in the process and have always felt the creation of [Mennonite Church Eastern Canada] was a good decision.” He is also positive about the creation of MC Canada, but he questions whether the merger that formed MC U.S.A. was a good move in the long run.

His writing projects have also made a contribution to the Mennonite community. As well as a biography of Jacob Y. Shantz, he wrote a history of Rockway Mennonite Collegiate in Kitchener, Ont., and the definitive history of Mennonites in Ontario.

Sue’s work also greatly influenced Sam’s life, especially after she became a pastor. Her ordination was part of what he describes as “the second wave of female ministers among Ontario Mennonites,” and he says St. Jacobs Mennonite Church was a good place for her to begin her ministry.

Sam writes with honesty and keen insight about the major events in his life and his community. He writes candidly about pain and turmoil, including church politics and Sue’s illness and death. He reflects on his own spirituality with integrity, never pretending something he does not feel. Anyone who knows Sam personally or is interested in his perceptions of the Mennonite church will find this book interesting. 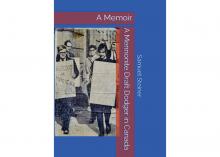