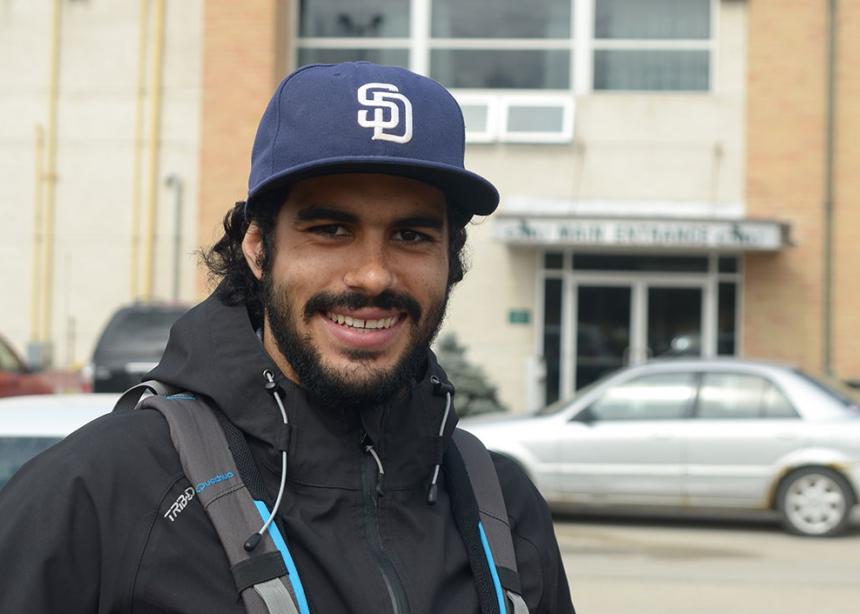 When people complete high school, they are often overwhelmed and stressed because there are so many career options. When Afonso Arrais graduated, his stress came from a lack of options.

Arrais, now a student at Canadian Mennonite University (CMU) in Winnipeg, was born in Portugal and attended high school in the capital city, Lisbon. He was constantly concerned about his future.

“What went through my mind was, ‘Is it worth going through all of this and ending up not having a job?’” he says. Graduating in 2011, Arrais wondered what to do next in a society wracked by an economic recession.

As part of the European Union (EU), Portugal has always been a relatively poor state. After the European debt crisis in 2009, Portugal was hit even harder.

Jeff Huebner, associate professor of international business at CMU, says that prior to 2009 there was a general feeling that jobs were “pretty easy to come by.” When the debt crisis hit, that evaporated.

To Arrais, the mood changed with the money. “You could just feel it everywhere in the country. People were just so depressed. I feel this every time I go back home,” he says. With every walk downtown in Lisbon, Arrais saw more businesses closing. “That was really shocking to slowly see your country degrading and see everything become abandoned.”

His close group of friends began to splinter as high rates of youth unemployment forced them to look abroad.

“There was a really close friend of mine who was the first one to leave. It was really shocking to all of us. He said the best thing he did in his life was to leave Portugal.”

According to Statistics Portugal, the youth unemployment rate in 2012 was more than 40 per cent, and has only improved five per cent since then. Pedro Passos Coelho, the prime minister of Portugal, even encouraged an exodus of young people to help alleviate the problem.

Despite losing some of his friends from Portugal, Arrais says the crisis brought the remaining young people together in some ways.

“You really connect with people because you are all going through this bad stage. It is bad for everyone. You kind of have those ideas in the back of your mind… [which make] you feel kind of compassionate toward other people.”

Instead of leaving for a job, Arrais would instead leave to attend Capernwray Bible Centre in Austria. He didn’t earn a salary like some of his friends but, after years of rebelling against his Christian upbringing, he gained something more important than money. “I feel that this was a really big time for my relationship with God to grow as well.”

Now at CMU, Arrais is pursuing a degree in communications and media. He no longer fears the future. However, this isn’t necessarily due to abundant opportunities in Canada.

“I ended up not fearing my future because I know God has something planned for me, but I also know that I need to do my part,” Arrais says. “It’s been a constant learning process, and each day and each experience I go through helps me realize how dependent I am on God. If I stay close to him, I know that I will have this peace, no matter what happens now.”

Michael Veith, 21, is a history student at CMU.

This article is part of a series called Voice of the Marginalized, written by students in Canadian Mennonite University’s Journalism: Principles and Practice course. Voice of the Marginalized connected writers with people on the margins of the community. Teacher Carl DeGurse is vice-chair of Canadian Mennonite’s board of directors and an assignment editor at the Winnipeg Free Press. 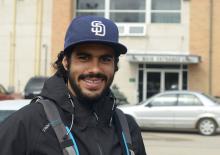