The state of Christian unity on the ground 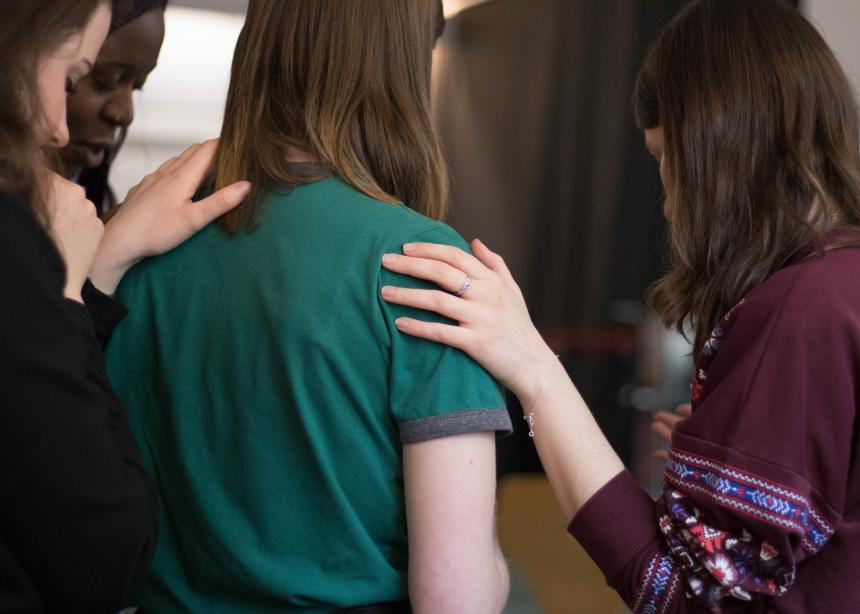 During the pandemic, Christian churches across various faith traditions have disagreed with public health orders restricting in-person gatherings. Some church leaders challenged public health orders in law courts, their stories covered in news headlines across the country. Among Christians, there has been lament about the division and the message it sends.

Doug Klassen, executive minister of Mennonite Church Canada, wishes it were different. But if wishes were horses, beggars would ride. Klassen, an avid horseman, acknowledges the truth in the old Scottish proverb.

But Klassen is a praying man, figuratively seated in the saddle of a horse named Christian Unity. So he’s asking Mennonites to pray during the Week of Prayer for Christian Unity (WPCU) taking place across Canada from Jan. 18 to 23.

Klassen has been personally feeling a deep and recurring call to prayer. He sees Christian unity as not just an expression of desire, but also a call to action. “When we unite in the ancient spiritual discipline of prayer, across national and political lines, our petitions do more than reach a listening God. We send a unifying message that Christians are built to lovingly care for humanity and all of creation,” he said.

Klassen is hoping Mennonites re-engage in the event after a pause due to MC Canada restructuring, followed by pandemic restrictions. “We are living in anxious times. The effects and uncertainties of war, civil unrest, racism, environmental dangers and hate lie not just in other countries, but with us as well,” he said. High on his mind is the influx of Ukrainian war refugees into Canada, the tragedy of missing and murdered Indigenous women, and potential for more COVID-related protests in Ottawa.

Three provinces over from Ottawa, Ryan Dueck bears a candle of hope for Christian unity. The pastor of Lethbridge Mennonite Church, together with his local ministerial, has participated in WPCU on numerous occasions in past years. The group represents Catholics, Anglicans, Baptists, Lutherans, Presbyterians, United Church, Mennonites and the Salvation Army.

“I try to remain open to collaborating with Christians across the spectrum and to encourage our church to do the same… and to remind us that our unity in Christ ought to transcend our political allegiances,” Dueck wrote in an email.

Dueck’s engagement in WPCU strengthened relationships with leaders from other local churches, friendships that were instrumental to resettling a refugee family from Syria in 2016. Welcoming the 16-member extended family to their community was an “all hands to the pump” effort so remarkable it was covered by CNN.

Dueck accepts speaking invitations from a variety of Christian traditions, expressing hope “that the church would be a force bringing people together rather than keeping them apart.” His Alberta congregation also participates in an Epiphany Scripture Reading Exchange with other churches, and Lenten lunches each year, with churches taking turns hosting a simple lunch and devotional.

“People like seeing people they know from the broader community,” said Dueck. He’ll hear people say things like: “Oh, I didn’t know you went to church, too!”

He says the interaction is particularly “significant for many who may have grown up with fairly rigid denominational boundaries.”

If he has a lament about WPCU, it’s that participation trends heavily toward older folks. Dueck says there will be no local WPCU event in 2023. “We looked at the dwindling, aging numbers of participation in this service, and decided that our energies would be better spent elsewhere.”

For Peter Haresnape, one of the pastors at Toronto United Mennonite Church (TUMC), Christian unity extends to interfaith relationships. The congregation is part of an interfaith ministerial in the Beaches neighbourhood. They exchange resources and ideas, and collaborate to collect food bank donations.

When anti-Semitic graffiti appeared on the sidewalk outside TUMC in mid-December, he immediately sent out inquiries to churches in the congregation’s neighbourhood ministerial, looking to organize a call to prayer in support of the Jewish community. Chabad of Danforth-Beaches, a Jewish educational and outreach centre, was already on the same path.

Haresnape was invited to speak at the event, a response that featured the lighting of a newly installed outdoor menorah. “We were so sorry to see this on the sidewalk and our church would like to respond with an outpouring of love and solidarity, and we want you to know we have your back,” Haresnape told the gathering.

The church, together with the area Church Council, “facilitated the reparative gift of donating a piece of property, which had housed a Mennonite Voluntary Service program for decades, to a BIPOC organization that serves a marginalized community,” said Neufeld. That organization would not otherwise have been able to afford the purchase of property in a high-cost urban setting like Seattle.

The value of the eight-bedroom home had increased considerably as the community gentrified.

Neufeld is also co-chair of the Anabaptist Coalition to Dismantle the Doctrine of Discovery, which collaborates with ecumenical groups in ways that support Indigenous sovereignty. One such example of collaboration is congregations supporting the legal defense of the Indian Child Welfare Act which is currently being challenged in U.S. Federal Court. A collaboration of Indigenous groups from across the U.S. are asking for support in defending this essential piece of Civil Rights legislation which protects “Indigenous children from being disappeared into the assimilation-focused system of child welfare,” said Neufeld.

“Broad-based interfaith organizing demonstrates that faith communities are watching and concerned about sovereignty,” said Neufeld. The work dovetails with his other job as Indigenous relations coordinator with MC Canada.

Unifying in prayer across the lines of personal or denominational preferences expresses a “holy indifference” and an intention to discover “the mind of Jesus” together, said Neufeld. “That collective discernment is our invitation and call to move and act in the world.”

Mennonite participation in WPCU has been sporadic. From 2020-22, Amelia Pahl, a Canadian Mennonite University graduate was program assistant for the event. She wrote in an email that organizers are “… very aware of the need for more input from smaller churches such as MC Canada,” and the “need to increase young adult involvement.”

Klassen is confident Mennonites will be invigorated by participating. “It’s a chance to kneel with our Christian cousins from other backgrounds, to show the watching world that Christian compassion is a light that shines through the dark shadows of hate and division.”

The Minnesota team that created the WPCU resources were influenced by the killing of George Floyd in 2020 and is represented by Black, Indigenous and Latin Christian leaders.

The event takes place across Canada from Jan. 18 to 23. Resources are plentiful at weekofprayer.ca, where a list of locations for scheduled events can also be found.

—With files from CM