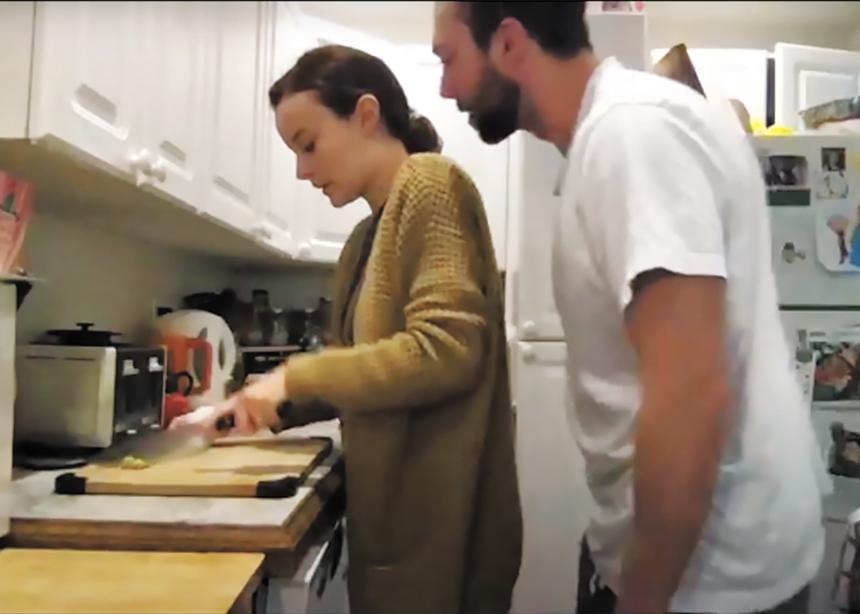 Calvin Peterson as Jay, right, and Lindsey Middleton as Addi, perform a scene from Unmute.

Twenty-six times since November, audiences have had the opportunity to participate in changing the story of gender-based violence. That is how many times Theatre of the Beat, a Canadian touring theatre company, has staged Unmute: The Impact of a Pandemic on Gender Based Violence, a forum theatre piece performed entirely through the video-conferencing platform, Zoom.

“Forum theatre” means that audience members can participate if they want to. First the cast performs the entire play. Then they perform parts of the play again and invite audience members to stop a scene and intervene where they feel a character should behave differently. They can suggest changes, or even take over a role briefly, and improvise alternative scenes alongside the company actors. A facilitator guides a follow-up discussion between audience members about the changes. No two performances are the same.

Unmute tells the story of three families, connected through work and friendship, as they come to terms with gender-based violence in one of the families, and realize that intervention is needed. In most scenes, characters are video-chatting with each other, setting the play squarely in the current reality of the pandemic.

On its website, Theatre of the Beat is described as a company that has been “staging change” by creating “original social-justice theatre and workshops for underrepresented populations” since its beginnings in 2011. It creates art that wrestles with difficult topics, always “working to catalyze conversations on social justice.”

In the case of Unmute, the cast tackles domestic violence and some of the common problems or mistakes that occur when people become aware of it in other families. In the play, friends miss several clues about the violence. Once they are aware of it, though, they don’t know how to help or they choose to stay out of it, deciding a domestic situation is none of their business. The play also touches on the topic of secondary victims of abuse because there is a teenage daughter in the home where the abuse occurs.

The company describes its work as art that “empowers its audience to work towards a just future.” The interactive nature of this play allows audience members the chance to rehearse how to intervene in realistic scenarios they might witness, and invites them to rewrite the story. Through improvising alternative scenes, they learn skills and resources for how to move from passive to active bystanders.

In quotes from audience surveys, the interactive nature of the piece is described as a rich experience that shifts an otherwise heavy subject towards something healthy and helpful.

The play was commissioned by the Domestic Assault Review Team (DART), Women’s Crisis Services, the Crime Prevention Council and Keeping Families Safe, all of Waterloo Region, in order to raise awareness about the increased risk of domestic violence during the pandemic, because of stress and isolation. It premiered in November 2020 in recognition of Domestic Violence Awareness Month.

During the run of the play, Theatre of the Beat has partnered with 12 agencies across Canada that help families experiencing violence at home. A crisis worker is present at each show to demonstrate what calling a crisis line would be like and to offer other tips for those who suspect or witness violence.

Like so many in the performing arts community, Theatre of the Beat had to adapt quickly to pandemic restrictions. This play was co-written by Cedric Martin, Lindsey Middleton and Kimberlee Walker, so that cast members could record their parts from home and perform the show online. The cast of five also had to respond in character to the improvised scene suggestions from audience members, and had to set up and clean up the parts of the set in their own homes for each show.

It is a flexibility that seems well suited to this small company, whose people often fill multiple roles. Martin is also the production manager, Middleton acts in the play as two different characters, and Walker facilitates the audience participation part of the show. The team is rounded out by Erin Brandenburg, director; Michal Heusten, audio editor; and Sukhpreet Sangha, dramaturge. Other members of the cast are Duncan Gibson-Lockhart, Frances Loiselle, Calvin Petersen and Yusuf Zine.

The company is releasing a podcast version of the show in May, as well as an educational workshop to teach students about the issue of gender-based violence.

Theatre of the Beat has many connections to the Mennonite community. Martin also serves on the ministry team for youth and children at Toronto United Mennonite Church. Several founding members have roots in Community Mennonite Church in Stouffville, Ont., and Conrad Grebel University College in Waterloo, Ont. Mennonite agencies have partnered with Theatre of the Beat to spark conversations about sexual misconduct in the church, conscientious objection, marriage and restorative justice. 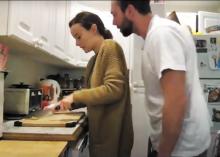 Calvin Peterson as Jay, right, and Lindsey Middleton as Addi, perform a scene from Unmute. 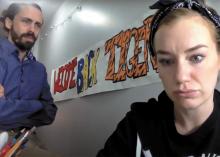 Calvin Peterson as Jay, left, and Lindsey Middleton as Addi, perform a scene from the play Unmute. 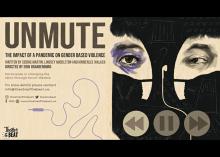