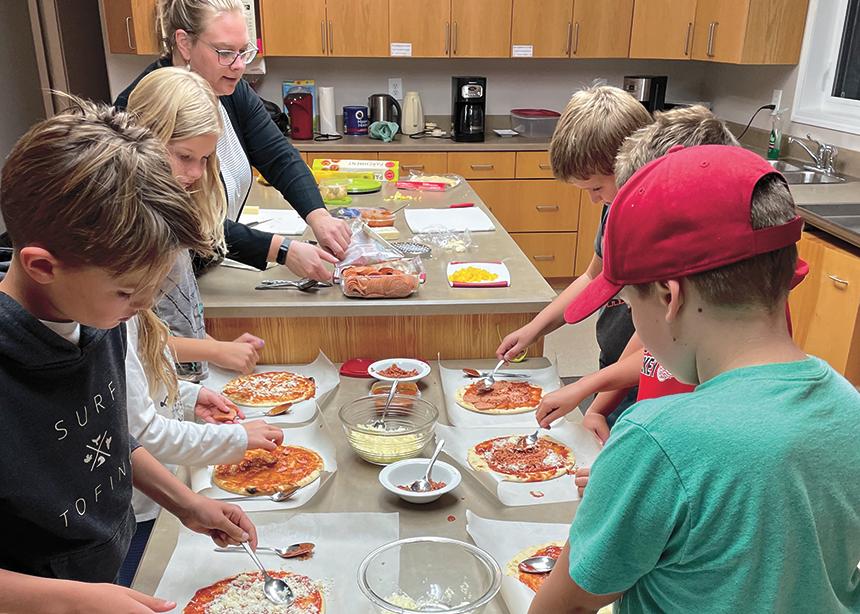 Children make their own pizzas, one of many activities offered in Nutana Park Mennonite Church’s Adventure Club. (Photo courtesy of Marie Guenther)

“How can we bring people back to church?”

It’s a familiar question for churches across the country and across the denominational spectrum. The arrival of COVID-19 in March 2020, and the ensuing public health restrictions kept many people home on Sunday mornings for months.

Now, as the pandemic moves into endemic status, churches are wondering how to jumpstart in-person church life once again. This was the big question that Nutana Park Mennonite Church in Saskatoon was wrestling with.

Denelda Fast, the Nutana Park community life deacon, and Anita Ratzlaff, a member of the congregation, connected over the summer. They quickly realized that the problem wasn’t going to resolve itself; something had to happen.

An ad-hoc creating community committee was formed, and included members of the church who were passionate about church vibrancy.

“The first question we asked as a committee was, ‘Does Nutana Park have a future?” Fast said. “The answer all around the table was a resounding yes! From there, we jumped into talking about ideas. We had wonderful discussions about our vision of what the church looks like going forward. We asked philosophical and pragmatic questions. Really, what do we want?”

One idea rose to the surface of the discussion: a party.

“We hosted a Parking Lot Party; that’s the name we settled on,” said Fast. “It really rolls off the tongue.”

The committee sent out postcard invitations to everyone in the church directory. The party, which was held immediately following the Sunday morning worship service on Aug. 28, had a barbecue lunch, musical performers, a bouncy castle and other activities for children. In true Mennonite fashion, watermelon and roll kuchen was served.

Edith Krahn was one of the members involved in the roll kuchen and watermelon operation. “We had four volunteers in the kitchen doing the rolling and cutting, two men doing the frying, one man carrying the trays in and out” said Krahn. “Nothing better than eating them right out of the fryer! Absolutely the best way!”

The event was a rousing success. Attendance that Sunday morning was the highest it had been since before the start of the pandemic.

“We heard nothing but such positive feedback from people saying things like, “Oh my goodness, such a good day!” said Fast. “Many people stayed the whole afternoon. There was lots of connecting and visiting between people of all generations. Even though the event was just for our church family, it was also about the community. I really feel you have to have a strong base in a church to help others join in and to make it good.”

Nutana Park took advantage of the renewed sense of community as an opportunity to relaunch its children’s programming. Marie Guenther, along with her husband Brent, have led an effort to start up an Adventure Club kids program as well as a children’s choir at the church.

“Nutana Park’s young families, which includes our own, have hopes of how we want them to grow up in the church,” said Guenther. “Brent and his siblings have all these heartwarming stories of growing up in the church, and we wanted the same for our own kids. Nutana Park has all these kiddos getting into school, and we knew it would be a missed opportunity not to start something up again.”

The church now has 16 children from three Mennonite churches in Saskatoon participating in crafting, baking and Christian education, as well as the choir program.

“Music is such an important part of the Mennonite tradition, so there was a desire for our own kids to experience that as well,” Guenther said.

Other churches facing similar circumstances should “just start the conversation,” said Fast. “Do you want to go to a church that’s going through the motions? We all want a liveliness, and vibrancy. We asked, ‘Who were we?’ ‘Who are we now?’ ‘Who do we want to be going forward?’ I’d encourage other churches to start with those three questions. It sparked an amazing conversation for us.” 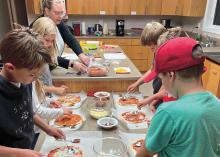 Children make their own pizzas, one of many activities offered in Nutana Park Mennonite Church’s Adventure Club. (Photo courtesy of Marie Guenther) 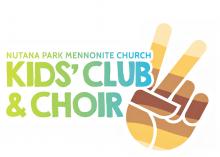