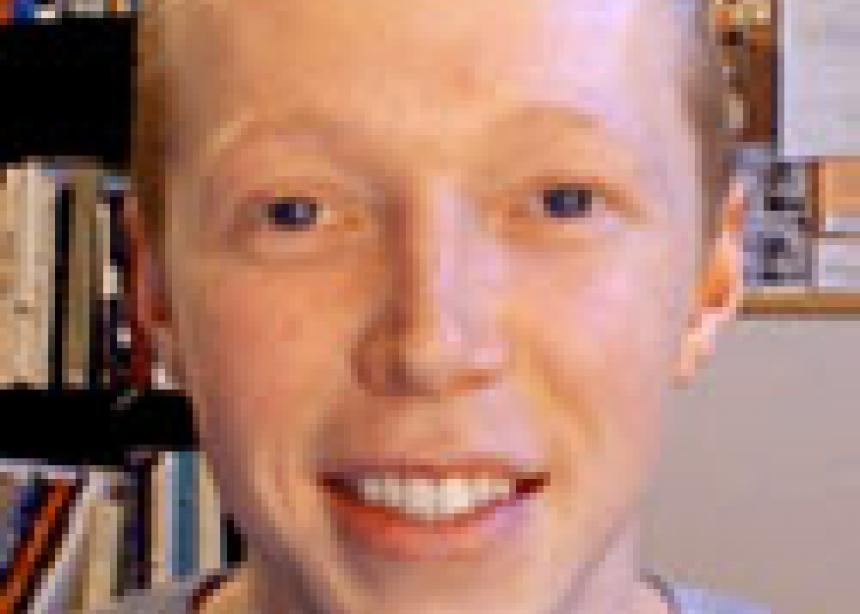 <p>Jeremy Enns is asking more than 50 of his friends, relatives, colleagues and acquaintances to participate in his SOS for Syria campaign.</p>

In the early 1900s, SOS became the worldwide distress signal, but typically in maritime situations. These days it’s used as a sense of urgent message or appeal for help from anybody in any situation.

That’s what Mennonite Central Committee (MCC) Ontario is doing. It’s sending out an urgent appeal for help on behalf of the estimated 12.2 million Syrians in need of humanitarian assistance, the
1 million injured in the fighting, and the 7.6 million internally displaced people.

It’s newest effort—SOS for Syria (https:sosforsyria.mcco.ca/)—is a peer-to-peer fundraising campaign that starts with one person recording a video message and then sending it to his or her friends’ e-mail addresses. If the person can get 33 people to donate $3.33 a day—the cost of a cappuccino—for three months, that can raise up to $10,000.

That sum is enough to provide relief, including important hygiene, for a thousand people or 200 families.

Jeremy Enns, 23, who grew up attending Niagara United Mennonite Church in Niagara-on-the-Lake, Ont., is one of the campaigners. He’s asking more than 50 of his friends to get involved.

After watching the daily news and being overwhelmed by the tragedies occurring in Syria, he says, “It’s really easy to shut your mind off to the atrocities that are happening and forget there are real people like you and me who are being displaced by the  violence. It’s easy for me to go on about my daily life and do nothing about it.”

But when he heard about SOS for Syria, he felt relieved there was something he could do. “It wasn’t a question of why I would do this, but why wouldn’t I do this?” Enns says.

Allan Reesor-McDowell is the community engagement coordinator for MCC Ontario who helped create the SOS for Syria campaign that provides people a new platform for giving, including young people like Enns.

“My hope is that SOS for Syria taps into some pent-up energy within a younger demographic, perhaps some of whom have not yet found a way to get involved in MCC,” he says.

The simple, technology-driven, peer-to-peer nature of the campaign is more effective than cold calling for donations, Reesor-McDowell says. “Getting people like Jeremy on board and willing to invite friends and family to get involved in SOS for Syria is the basis of the whole campaign. It allows us to spread the word much beyond what I or MCC could do on our own,” he says.

Enns says he grew up in a family where giving was a priority. If he was out shopping with his mother and there was a sale on something like pencil crayons, she would fill her cart with them to make school kits for MCC.

“I remember sitting in our living room and it was stacked wall to wall with notebooks, pencils and erasers,” he says. “My mom would pray over these kits that some of them would help kids become doctors, teachers or change agents in their countries. She hoped the kits would be one small step in their journey.”

Still, Enns says it’s tough for him to give when he doesn’t see the results—and he believes many of his peers feel the same.

That’s why he likes SOS for Syria. After the participants raise $10,000, they are invited to MCC’s Kitchener warehouse to pack relief kits. They also get an e-mail with pictures when the kits are ready to leave, and a link to track the ship’s progress across the Atlantic Ocean to Syria.

Once the ship arrives and clears customs, participants will be notified. Finally, they’ll receive a report including photos of people who receive the kits.

“It’s good to reach out in a campaign like this where you can see the results,” Enns says.

According to Reesor-McDowell, 12 campaigns were launched in the first week. MCC Ontario hopes to raise $100,000 and provide relief for 10,000 Syrians. 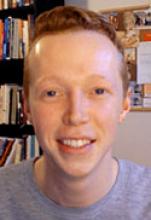 Jeremy Enns is asking more than 50 of his friends, relatives, colleagues and acquaintances to participate in his SOS for Syria campaign.

Thanks for writing this. Jeremy is my nephew and though I live in the US I am still strongly connected with Canada and the Niagara United Mennonite Church. I will give to the campaign and I will also invite all our members at North Suburban Mennonite Church to help. This use of social media is great and makes me want to embrace digital technology to a greater degree.