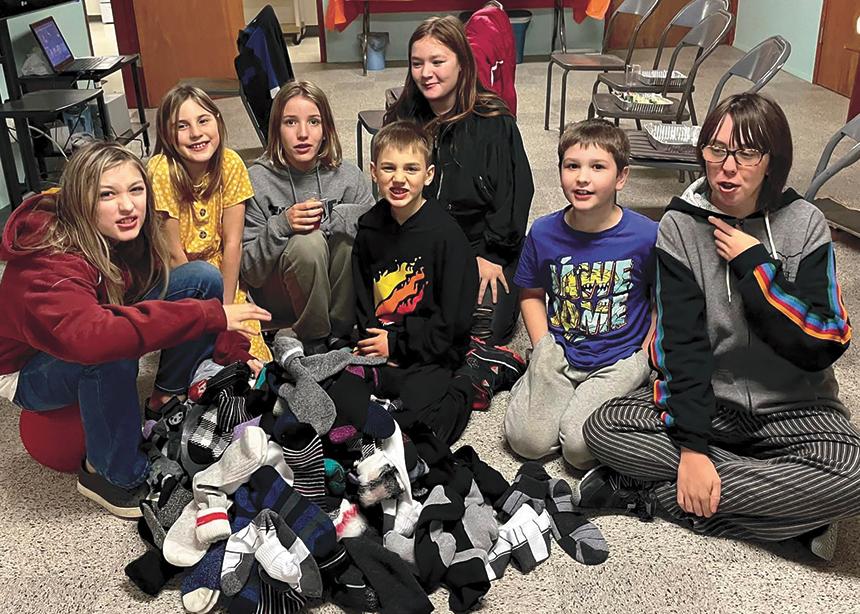 The youth group at United Mennonite Church of Black Creek were thinking about Christmas stockings in December, but not what they would find in their own. They were all about supplying them to the less fortunate.

The group, consisting of youth aged eight and up, have been collecting socks for the past seven years for warming shelters in nearby Courtenay. Usually they get about 50 pairs for donation, but last month the youth parents and church members gathered a record 92 pairs.

The socks are tied with ribbons and bows and delivered just before Christmas. In the past, they have been filled with treats such as candy canes, oranges and a small keepsake gift, but this year the shelters notified the Black Creek group that the extra goodies were not needed as they had plenty already.

Coordinator Marian Peckford dropped off the socks at three shelters in Courtenay that each have 25 beds to shelter homeless persons. “The shelters are always so thankful to receive these socks!” Peckford said. 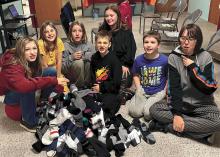