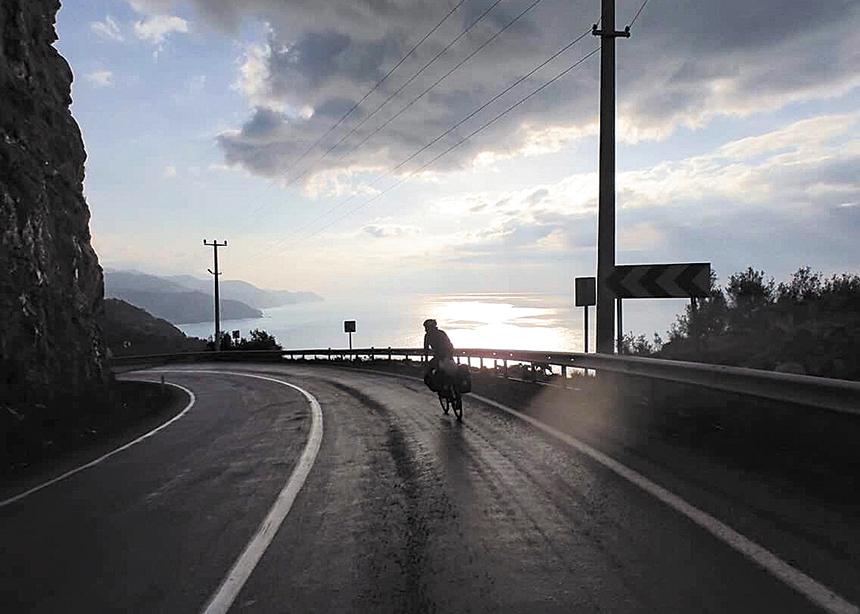 When Gavyn Stroh decided to spend a year exploring Europe, he wanted to do it in a way that aligned with his values.

“I chose a bicycle . . . to minimize the [environmental] impact, the carbon emissions of travelling,” the 26-year-old says.

Over the course of a 370-day adventure that ended in September, Stroh visited more than 30 countries. He spent 191 days on his bike, cycling a total of 20,323 kilometres—more than halfway around the Earth’s equator.

No stranger to exploring other parts of the world, he previously travelled to South Africa, Southeast Asia and Latin America. He began planning his European cycling trip while finishing his undergraduate degree in international development at Canadian Mennonite University (CMU) in Winnipeg.

While procrastinating one day, he discovered a series of videos on YouTube by a Bulgarian-Canadian traveller named Iohan Gueorguiev (bikewanderer.com), which chronicled his journey from the Arctic Ocean to Ushuaia at the southern tip of South America. Gueorguiev’s dedication to travelling by bike inspired Stroh to do the same.

Stroh spent the 16 months after graduation planning and saving for his trip while working at a coffee shop in downtown Winnipeg. He planned to move back to his native Squamish, B.C., and figured a year-long bike trip would be good way to transition from Winnipeg to life back home.

Highlights of his trip included pedalling through the mountains in Switzerland, exploring the archaeological sites throughout the western coast of Turkey and cycling through the hinterland of Scandinavia.

Attending a FIFA World Cup match in Kaliningrad, Russia, was also a special experience for him.

As a former barista, coffee played a role in his travels.

“After being in the industry for several years, I wasn’t ready to quit cold turkey and go cycling, so I brought [coffee-making] equipment with me and used the trip as an excuse to see how people around the world consume coffee,” he says. “It was nice to keep that little bit of semblance of routine from my regular Canadian life.”

The weather proved to be one of the biggest challenges that he faced. “I had my fair share of miserable days cycling in the rain,” he says. Still, he tried to keep those experiences in perspective, reminding himself that he was in a unique position.

He even called the blog he maintained during his trip “Tour de Privilège,” as a nod to the privilege he enjoys, finishing university debt free and then taking a year to travel.

In his first blog entry, Stroh listed six goals for his trip. These included experiencing new places, experiencing what lies in between major cities, deciding where to live after returning to Canada, deciding on a career path, being aware of his privilege and connecting with others.

“They weren’t at the forefront of my mind day-to-day, but I think I largely accomplished them,” he says. “Except for deciding on a career path. I’m as lost and confused about that as when I left, but that’s okay.”

Stroh adds that studying international development in university impacted the way he travelled. Not only did it influence his decision to travel by bike, but it sparked his interest in exploring life between cities.

“In many parts of the world, agriculture makes up people’s livelihoods,” he says. “I wanted to actually see how people live rather than taking a flight overtop to the next urban centre.”

He hopes to travel to South America next, although he isn’t actively planning a trip. For now, after spending most of the past seven years living away from where he grew up, he’s enjoying reacquainting himself with life in Squamish.

His advice for young people who are planning to travel is straightforward: “Soak it in.”

“Be fully present in the place that you are,” he says. “I find it very tempting, especially in the connected society we’re in, to live vicariously through people back home [via social media] . . . but to disconnect is okay, and to connect more intimately with the place where you are is a good thing.” 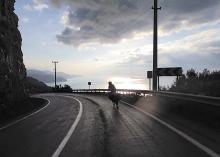 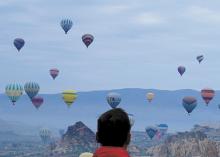 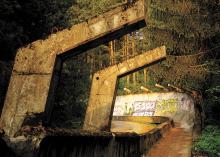 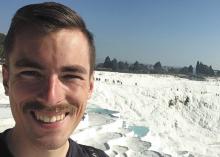 ‘To connect more intimately with the place where you are is a good thing,’ Gavyn Stroh says. (Photo courtesy of Gavyn Stroh) 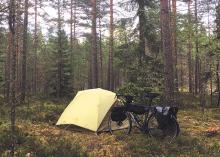