A small town that cares 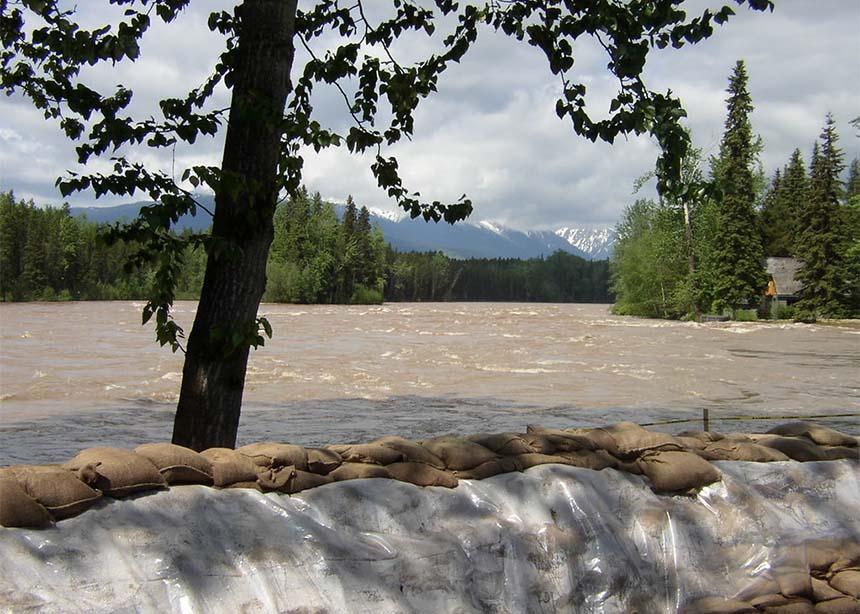 The recent floods in southern British Columbia have wreaked havoc in many ways, devastating towns and roads, and deeply impacting communities.

In the face of this disaster, our small town of Yarrow, in Chilliwack, B.C., has been a source of safety and support for many. Our community has worked together to help each other, and it has been beautiful and inspiring to watch and participate in.

On the morning of Nov. 16, our whole community of more than 3,000 people was told to immediately evacuate. I remember waking up that morning thinking the worst of the rain was over and was hopeful to see that the nine inches of water in our crawl space had receded.

But we soon learned that the record-breaking rainfall had caused the Nooksack River in Washington State to flood into Canada, and a breach in the dike in Abbotsford meant the nearby Sumas Prairie—which had been a lake prior to its draining from 1920 to ’24—was flooded, and the water was heading towards Yarrow.

We immediately packed our bags and frantically carried valuable items and keepsakes upstairs. Driving away, with our four young children, I felt the same fear and anxiety that so many in B.C. felt that day: Would we come back to devastation or a dry house?

With imminent danger of more flooding, hundreds of volunteers sandbagged the Barrowtown pumping station throughout the night, and saved Yarrow and the surrounding area from further catastrophic flooding and Sumas Lake from returning.

We were incredibly grateful to return home the next day to a dry house, unlike so many in B.C. who lost their homes and livelihood.

With Yarrow residents home, we were now capable of helping those at the outskirts of our town who were still struggling with rising water levels at the edge of the Sumas Prairie flood.

My husband quickly sprang into action, ready to help sandbag at a nearby farm. While helpful neighbours and my oldest son drove 25 minutes into downtown Chilliwack to pick up sandbags that the City of Chilliwack was providing, my husband decided to stay in Yarrow and work on a more efficient plan. He called a friend who had a dump truck, asked another friend to pick up a pallet of empty sandbags, and invited volunteers via Facebook to sandbag.

Within an hour we had three loads of sand and hundreds of volunteers in our church parking lot. The church basement was full of baking and coffee for the volunteers, and a command centre evolved in the church kitchen, dispatching the volunteers to the next home or farm that needed sandbagging. The City of Chilliwack responded to our efforts by bringing in more loads of sand, and that evening volunteers sandbagged more than 10 homes and farms. The town was mobilized and it kept growing from there.

One family that was helped that day wrote a thank-you post on Facebook to the 200 people who showed up at their farm to sandbag: “Your help has saved our livelihood and our sanity. What you have done for our family is literally unbelievable and we will never be able to thank you enough.”

After that initial effort, our local churches and community members continued to work together to establish a flood-relief centre, two food banks with groceries and prepared meals, a database of volunteers that can be dispatched when a need is called in, financial assistance to evacuated families, a childcare program, free clothes and cleaning supplies, bins in the community to dispose of flood-damaged drywall for free, and continued help with sandbagging and now cleaning and rebuilding.

My husband, who is the pastor of Yarrow United Mennonite Church, has a master’s degree in peacebuilding and collaborative development, and we have seven years of experience doing relief and development work in the Philippines with Mennonite Church Canada, but never did we expect this education and experience to be so valuable in leading in our local Canadian context.

The value of community that leaders have built in Yarrow for generations is bearing fruit. Because the churches and community members have worked together for years in many ways, we were prepared to cohesively and effectively care for each other in a time of unexpected crisis.

John M. Perkins, a leading evangelical voice to come out of the American civil rights movement, says, “The church lives out its call most fully when it is a community of faith with arms wrapped about a community of pain.”

The churches of Yarrow, together, are wrapping arms around our community and allowing those in pain to breathe a little lighter. This is a beautiful way of being the church, of being a community that cares.

B.C. flood recovery donations can be sent to Mennonite Central Committee at donate.mcccanada.ca/cause/bc-flood-response-2021. 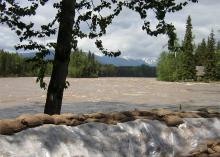