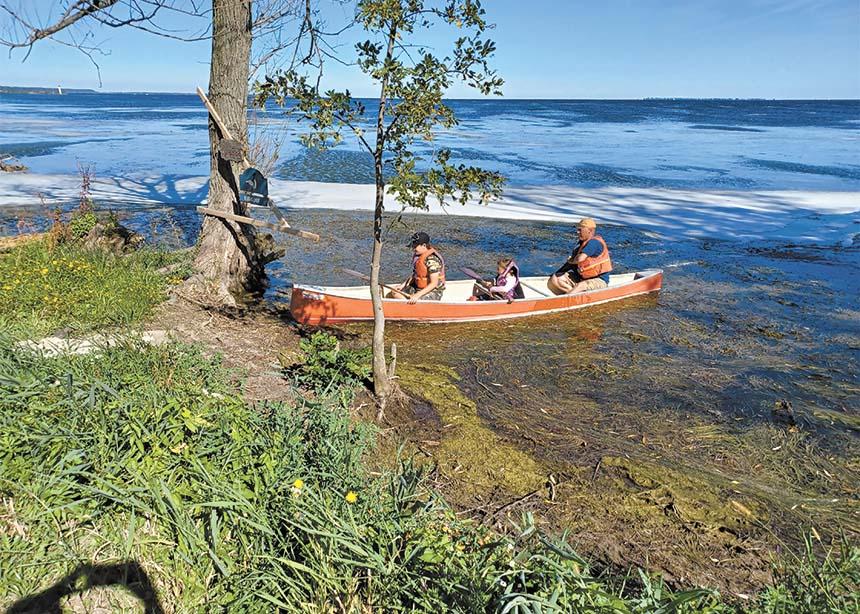 Erie View United Mennonite Church, not far from the shores of Lake Erie, held its annual canoe paddle in September.

In 1926 a small group of immigrant Russian Mennonite families settled near Port Rowan, a small town in rural southern Ontario, half an hour’s drive from the bigger towns of Simcoe and Tillsonburg. Worship services were started, with families initially meeting in their homes, then renting space, and finally owning their own building in 1940. The church received official recognition by the government in 1947 as Erie View United Mennonite Church. Until then it had functioned under the charter of the Vineland United Mennonite Church.

John Wiebe, a long-time active member of Erie View says, “Missions has always been, and continues to be, a strong focus.” About five years ago the membership wanted to support a specific family in the mission field. Through wider church channels, they were connected with International Witness workers Tom and Christine Poovong and their two children, working in Thailand. The congregation met the couple in 2017 when the Poovongs were in Canada and they have continued the sponsorship. Every few months the church communicates with the family via a Zoom meeting organized and chaired by Jeanette Hanson, director of MC Canada International Witness.

About seven years ago, the congregation decided to sponsor a refugee family. This was important to many members as most of the church families had a history of Mennonite migration from the Ukraine to Canada. They supported a Syrian family, parents and five children, for the customary sponsorship of one year. The family has done well and are still in touch with some church members.

Over the decades, members have participated in mission trips. These have included cleaning up in Honduras in 2001 after Hurricane Mitch, working with MCC in Colombia in 2005, building an orphanage in Mozambique in 2007, and building a school in Guatemala in 2010.

Doug Amstutz is the part-time pastor at Erie View; his wife Wanda pastors Cassel Mennonite Church near Tavistock. At the beginning of the pandemic in March 2020, Doug and Wanda talked to their congregations about recording worship services together for both congregations. And that is what they did—until the congregations could meet in person in their own churches in the fall of 2020. During pandemic lockdowns, worship services were recorded for both churches; when restrictions eased, congregants met in their own buildings, following COVID-19 protocols.

Some church activities such as biweekly in-home Bible studies and prayer times stopped when the pandemic started. Other activities such as the annual September kayak/canoe paddle down Big Creek and a wiener roast, took place again in September. This year 12 people rode canoes, and another 12 people joined the wiener roast, enjoying beautiful weather and great fellowship. 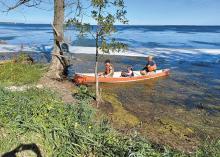 Erie View United Mennonite Church, not far from the shores of Lake Erie, held its annual canoe paddle in September. 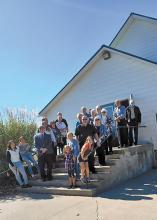