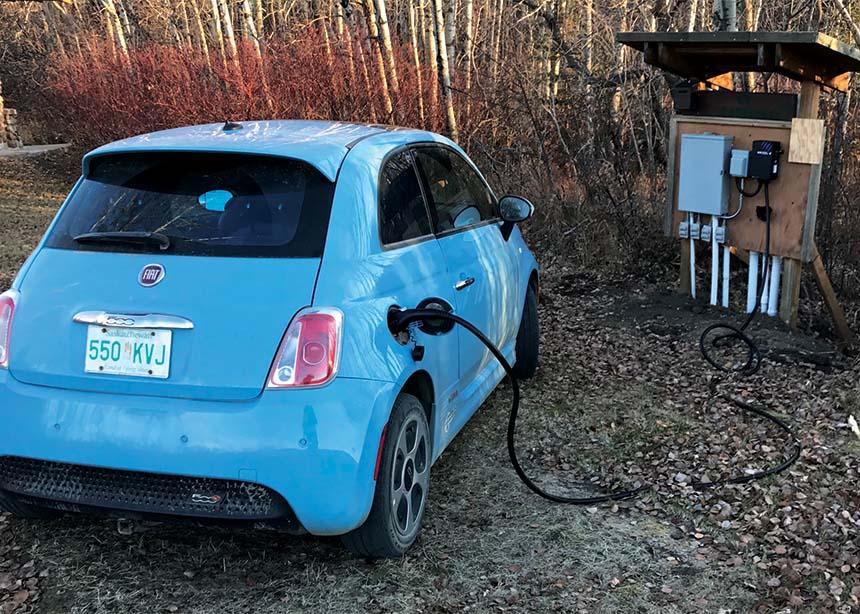 An electric vehicle ‘fills up’ at the charging station at the Shekinah Retreat Centre near Waldheim, Sask. (Photo by Jared Regier)

Shekinah, which is one of Mennonite Church Saskatchewan’s camps, had the station added to the grounds this fall.

Ron Schellenberg, one of the executive directors of the camp, says it was approached by one of the camp’s supporters who said he would like to install the station. “It was an easy decision to say yes,” Schellenberg says.

Jared Regier, who installed the station, is an EV owner himself. “Our family has owned an electric vehicle for the last four years and enjoyed the use of many public charging stations across the province,” he says. “Installing a charging station at Shekinah was a practical way that we could contribute to that network of charging stations and help make it easier for others to transition to cleaner transportation choices.”

The station has been added to the PlugShare App, allowing other EV drivers to locate the station and “fill up.” 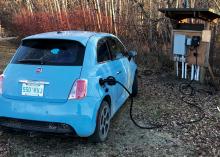 An electric vehicle ‘fills up’ at the charging station at the Shekinah Retreat Centre near Waldheim, Sask. (Photo by Jared Regier)