Shekinah cabin built off the grid 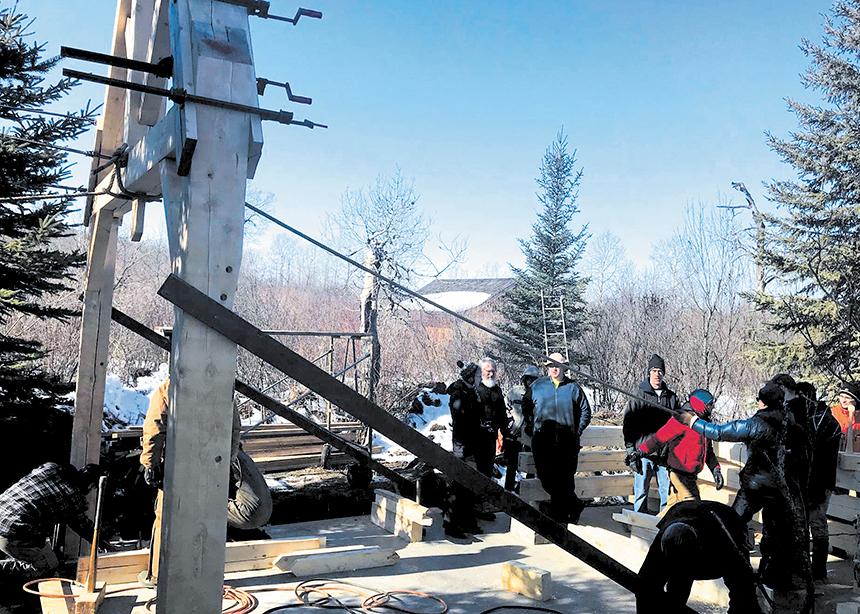 Shekinah board member Michael Neufeld, who attends Zoar Mennonite in Langham, designed the cabins together with Charles Olfert of Aodbt architecture + interior design.

“The board wanted these cabins to be off the power grid,” says Neufeld. To that end, cabins will be fitted with solar panels to charge batteries that will run a 12-volt lighting system and a blower fan on the fireplace. In addition, each concrete slab will contain hydronic lines for possible future heating.

Neufeld, who has experience in timber framing, also says the cabins are designed to withstand flooding. Much of the Shekinah property is situated on a flood plain along the North Saskatchewan River. In July 1986, during the summer camp season, the camp flooded due to mountain run-off. The area flooded again in May 2013, this time due to ice damming up the river. These experiences convinced Shekinah’s board of directors that any new structures would have to be flood-resistant.

At one point, says Neufeld, the board considered erecting cabins on stilts. While this would have kept them away from flood waters, it would have made them inaccessible to people with mobility challenges, and would have elevated them above the trees and bushes that are so much a part of the camping experience.

In the end, the board chose a traditional but flexible design. Each cabin will be built on a concrete pad and will have four timber “bents” (made of structural beams that form a cross section through the building). Structured insulated panels or SIPs will form the walls between the bents. The SIPs will be made of dimensional lumber and plywood, rather than drywall or oriented strand board, which would disintegrate in a flood. Polystyrene sheets will insulate but won’t take on water. The panels will be attached with large lag bolts. In case of a flood, the panels will be removed and allowed to dry or, if necessary, repaired or replaced.

Each cabin will comfortably accommodate eight to 10 people in twin and queen-sized bunks, or up to 14 people if the loft is utilized. Each cabin will also have a fireplace for heating in cooler months. They will replace the camp’s eight aging shanty tents, which are currently used during the summer camp season but are inadequate for year-round programming.

Each cabin will cost about $30,000, and Shekinah will rely entirely on volunteer labour to construct them.

The first cabin will be completed by early June. Two more will be erected as part of a Mennonite Disaster Service family project between July 29 and Aug. 25. Shekinah is planning to have all six cabins in place by the fall of 2019.

Kirsten Hamm-Epp, Shekinah’s outgoing interim executive director, says the camp is inviting families, groups and congregations to come together to sponsor the building of a cabin. Sponsors will be given the privilege of naming their cabin, but names must be consistent with Shekinah’s use of nature-themed place names, such as Deer Meadow or Rabbit Road.

Referring to the first cabin, she says, “That moment when the first bent went up was pretty exciting. We’re inviting people to be part of [the excitement].” 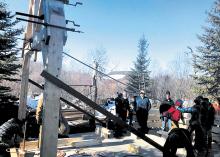 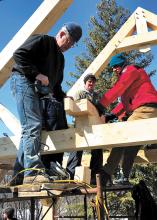