Sharing food with my two families 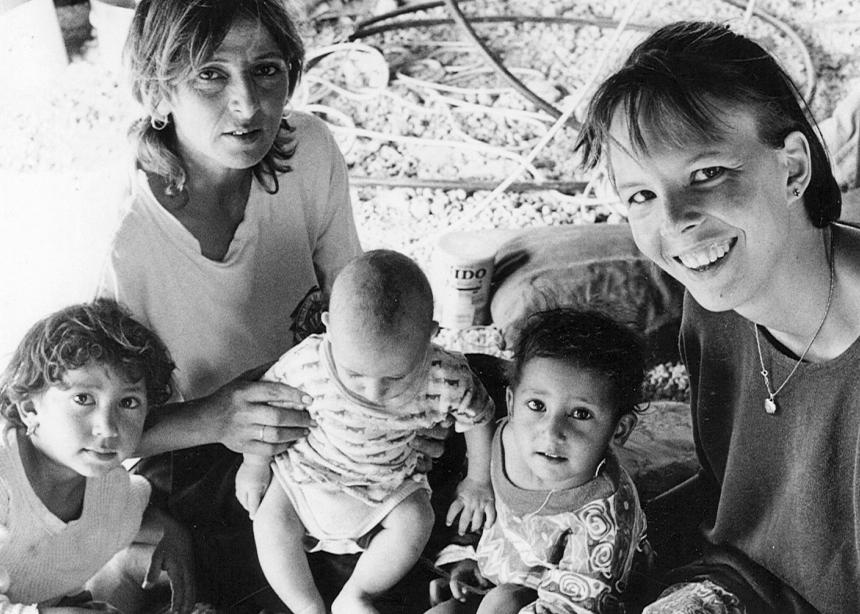 I first met the Jabers when I participated in a Christian Peacemaker Teams (CPT) short-term delegation to Hebron in 1998. As part of the experience, Atta and Rodina Jaber hosted all of us for a special dinner known as maqlubeh (upside-down company platter). It’s really unique, we were told.

We arrived at the Jaber house, where there was a plastic tablecloth spread on the floor with lots of comfortable pillows to sit on. We gathered around, and the food was poured out in abundance onto a huge platter. As we enjoyed the dish of chicken, vegetables and rice, eating from the communal platter with pieces of pita bread, we agreed that it was indeed a special and unique experience. We sat in Atta and Rodina’s house with their three small children, shared food and laughter, and really enjoyed their hospitality. Six days later, that house was demolished.

After the demolition, another CPTer and I spent three days with Atta and Rodina as their community grieved with them and helped them begin the process of building a new house. I spent most of the time rocking their four-month-old son, playing with their young daughters and feeling helpless, remembering the enjoyable afternoon we had spent at their house just a week earlier.

The next year, I returned to Hebron as a full-time CPTer. I spent many hours with Atta, Rodina and the extended Jaber family, and we enjoyed many more meals together, including on occasion maqlubeh. Eventually, they honoured me with an Arabic name.

So when my parents came to visit from Saskatchewan in 2000, one of the most important things I wanted to do with them was introduce my two families to each other. Mom, Dad and I walked up the path to Atta and Rodina’s new house, and I was so excited to finally have my two families meet. When Atta invited us to stay for a meal, I just knew it was going to be maqlubeh.

Since maqlubeh is a meal that takes a while to prepare, especially if your first task is to kill the chicken, as it is in Hebron, we had a lot of time to visit with each other. And once the pot of delicious food was dumped upside down on the huge platter, we gathered around the tablecloth spread out on the floor, pieces of pita in hand, and enjoyed this festive meal once again. Only this time I shared it with both of my families, an honour and a privilege I will never forget.

Natasha Krahn is the former administrative assistant of Canadian Mennonite and currently holds that position with L3 Consulting Group. She enjoys finding new meals to dump upside down and share communally with others. The recipe is available online at canadianmennonite.org/maqlubeh. 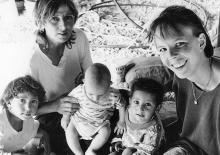