Serving students and learning from mistakes 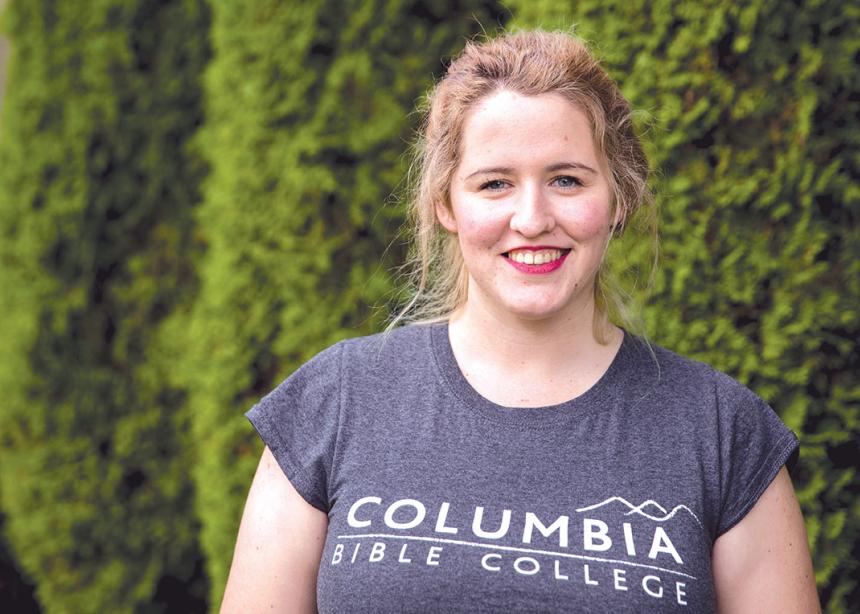 In addition to faculty and staff, student council members can play a key role in shaping campus life at colleges and universities. By advocating for their peers, planning social events and organizing service projects, these young leaders have a big impact on what goes on between and after classes.

Canadian Mennonite spoke with the student council presidents from the three Canadian post-secondary institutions affiliated with Mennonite Church Canada about their hopes and dreams for the 2017-18 school year.

Niamh (pronounced Neeve) Reynolds views being student council president as a way to contribute at Columbia Bible College. “I’ve seen how impactful my time has been here,” says the 21-year-old, who is originally from Dublin, Ireland. “I wanted to be a part of creating that for other students.”

“I want to see students going on a journey with God, where he teaches them and disciples them,” she says, hoping that student leaders will actively listen to God and that they will be willing to put their plans aside and pursue God’s.

Reynolds, who is in her fourth year of a degree program in counselling and human services, has previous student leadership experience. During her second year she served on student council as the vice-president of communications, and last year she was a residence assistant.

One of the biggest challenges of student leadership, she says, is feeling ill-equipped for the task. “Leadership is constant learning and failing and learning from mistakes,” she says. “I’m constantly having to [remember that] I’ll never reach that place of, okay, I know everything I need to know for leadership now. It’s humbling to have to learn that the first time.”

She adds that the start of the 2017-18 school year has been great: “I think it’s going to be an exciting year of God taking people where he needs them to go.”

Sarah Janzen’s No. 1 goal for the student council at Canadian Mennonite University (CMU) is to serve students. “We’re supposed to be the voice of all the student body, so we really want to keep our ears open to their hopes and their dreams, as well as make sure people are able to connect in places they’re passionate about,” says Janzen, who turns 22 next month.

Born and raised in Winnipeg, she is completing a degree in psychology this year. Last year, she served on student council as a commuter assistant, a role designed to help students who commute to CMU feel more connected to campus life. “I was really pushed out of my comfort zone and I was able to meet people I hadn’t really talked to before, and it just kind of made me feel connected to CMU at a whole new level,” she says of the experience. “I really appreciated that.”

So far, the subcommittees that make up CMU’s student council have planned a few events, including a folk festival as well as an event raising awareness about Bill C-262, an act to ensure the laws of Canada are in harmony with the United Nations Declaration on the Rights of Indigenous Peoples.

“We make a really good team,” Janzen says of the 20-plus students on student council. “They have exciting ideas that I hope will come through this year.”

Mark Whyte isn’t new to student leadership. Two years ago, he served as co-editor of Grebel Speaks, the student newspaper at Conrad Grebel University College, and last year he served as a residence assistant. “I’m a big believer that you need to grow wherever you’re planted,” says the 21-year-old, who is from Sauble Beach, Ont. “Wherever you are, it’s important to help those around you, and I think student leadership is a great way to do that.”

As student council president, Whyte wants to encourage Grebel’s students to use the resources available to them through the University of Waterloo, from academic papers to funding for entrepreneurs. “I want to make sure students know about the ways they can get involved,” says the fourth-year science student.

Promoting mental health issues and working to ensure that students are maintaining a healthy life balance is important to Whyte and his 10-member student council.

Being transparent to the student body is also key. “We really want to explain what we’re doing and why we’re doing it . . . so that students can offer advice and feedback.”

So far, the school year is going well, he says. It’s interesting welcoming returning students back to campus while also encouraging them to be hosts to new students. “It’s always fun to see that play out,” he says. “Everyone can feel this energy in the air. It’s a palpable feeling.” 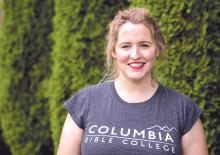 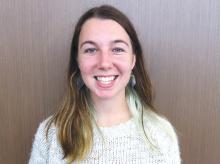 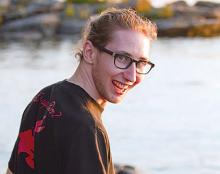