More than just food will be on the menu when the Abby Eats Café opens here next year. The non-profit eatery, according to founder and proprietor Kyle Dyck, will focus on social justice and food insecurities and offer a culture of welcome for customers of all socioeconomic groups. The unique twist is that this restaurant will be “pay what you can.”

Dyck, who until recently served on the pastoral staff of Immanuel Baptist Church in Abbotsford, was inspired with the idea while watching a TV program featuring a pay-what-you-can restaurant in the U.S. He researched the concept and realized there was no restaurant of this type in western Canada. He and his wife had been wondering where God was leading them next to minister in Abbotsford, and this unique type of café seemed to be the answer. The Abby Eats enterprise has been in the works since the start of 2017.

This venture sounds like “a crazy idea,” Dyck admits. He has no experience in business and has never worked in the food industry, but in this endeavour he is aligning himself on the core start-up team with people who have those skills. “I do have a heart to help people,” he says. “Hope and faith are shown through actions.”

Dyck notes that this type of restaurant is not a food-bank giveaway or soup kitchen, however. The core team envisions a place where patrons of any economic level may find a warm, welcoming atmosphere and a tasty, affordable meal. The difference will be in how they pay for that meal, with several options offered:

For this model to be sustainable, Dyck estimates that 60 percent of customers will need to pay full menu prices and 20 percent will need to pay extra, with an estimated 20 percent paying less. As a ministry, the café will be run mainly with volunteers, with only a few paid staff in kitchen and management. An estimated $50,000 in donations will be needed annually to keep the business running.

No venue has been secured yet, but Dyck and his team are hoping for a central location near the downtown Abbotsford core. Furthering the community flavour, they hope to utilize locally grown food as much as possible.

Dyck and his team are counting on the support of churches in the area to get on board with their project. He plans to contact churches in Abbotsford, Chilliwack and Mission to encourage them to support Abby Eats as a “practical way to show the love of Jesus.”

Plans are to open the café early next year, so the remainder of 2017 will be spent on raising the necessary start-up capital of $75,000. First of these will be a 60-day crowdfunding campaign beginning April 25, with a goal of raising $25,000.

The donation link—chuffed.org/project/abbyeatscafe—will be live as of April 25. More information can be found online at abbyeatscafe.com. 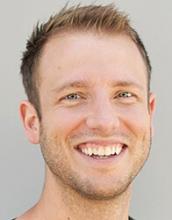 There was such a restaurant on Vancouver's East Side. The United Church people couldn't keep it going after the founders left....something to do with the cost of building repairs, I think.