Serving at the centre 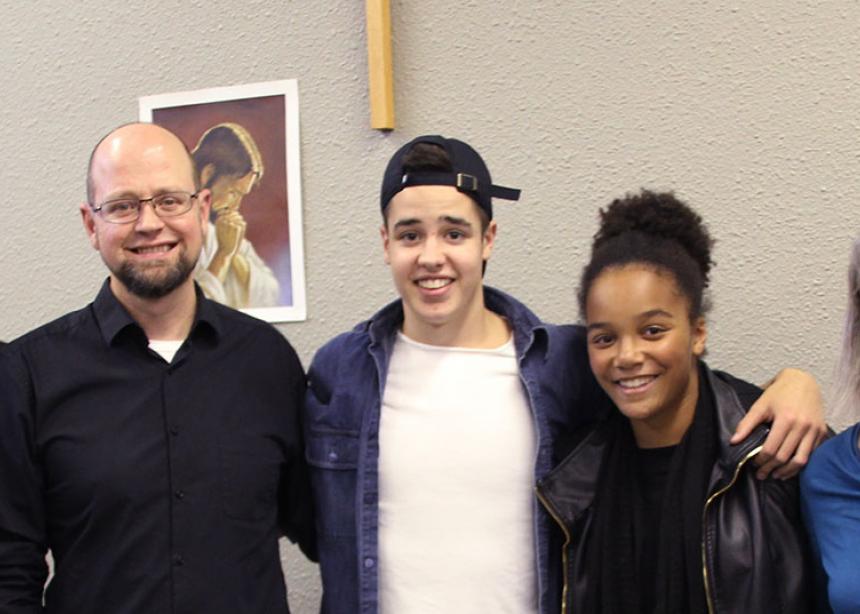 Church planter Mario Marchand responded to being licensed toward ordination on Oct. 16 by reciting his vision for the church in Québec: “Jesus, the centre of faith; the community of faith, the centre of life; and reconciliation, the centre of our mission.”

Église Mennonite Ichtus, the church plant of Marchand and his wife, Line Lemieux, meets in St-Ambroise de Loretteville Roman Catholic Church in the northern suburb of Québec City, where upwards of 20 gather each Sunday to worship and study together. The licensing service was the beginning of a two-year process of testing and reflection involving the pastor, the congregation and Mennonite Church Eastern Canada.

Bernard Sejour, MC Eastern Canada’s mission catalyst in Ottawa and Québec, is impressed by the growth in maturity of the congregation over the past year.

In his sermon, Henry Paetkau, MC Eastern Canada’s area church minister, focussed on God building and equipping the church to grow in maturity through the outpouring of the Holy Spirit. “Ichtus is God’s building project,” he said. Begun in 2012, the congregation took a step of growth and maturity in licensing Marchand, according to Paetkau, “not elevating him, but ‘officializing’ what they are doing as a community.”

Ichtus has yet to apply for “emerging” status in MC Eastern Canada.

Marchand came to a personal faith through the ministry of Joliette Evangelical Mennonite Church that was planted by Harold and Pauline Reesor in the late 1950s as part of the then Mennonite Conference of Ontario’s outreach into French Canada. But unlike many of the evangelical groups in Québec at the time, this work included what some called the social gospel, caring not only for souls saved but also for lives cared for.

Marchand and Lemieux are full of hopes for their congregation, as God has been bringing people to Ichtus. Close to the Huron community of Wendake—the current name for the Huron-Wendat reserve—the congregation has been contacted by several indigenous Christians, and is actively ministering to them.

“The Mennonite church can be a different ‘colour’ ” within the Christian community in Québec, says Marchand, working for peace, justice and reconciliation.

Lemieux hopes that Ichtus can bring people to freedom in Christ, both to come to know Christ, and to know him at work in their lives.

But there are challenges as well. “Just to be a Mennonite in Québec is difficult,” says Marchand, noting their proximity to a military base. And to plant a church in Québec, which is still throwing off the “social contract” of the past, which saw the government and Roman Catholic Church working hand in glove on healthcare and education, is difficult. The province experienced one of the fastest processes of secularization in the 1960s and ’70s, with church attendance slumping to very low levels very quickly.

The “quiet revolution” pushed religion out of the public sphere, and people moved out of the churches. “The church had put too much pressure on people,” says Marchand, noting that to name oneself a Christian and a pastor invites comparison with the Roman Catholic Church of the past, of which many do not have good memories.

“How to reach the Québecois?” Marchand wonders. “How to bring the message? How to not be seen as weird?”

And so Ichtus does things like singing and playing Québecois songs in the local park on St. Jean Baptiste Day, the Québec national holiday, handing out the words of the songs so others can join in, with a note about the congregation attached. It is planning to sponsor a “blanket exercise” that shows the effects of colonization on the Indigenous Peoples in Canada, in an effort to reach out to its indigenous neighbours.

Ichtus is happy to be meeting in a Roman Catholic building, and leaves the door open to its services and meetings, so people can look in and discover they are not weird.

Still, their experience is that, while many come occasionally, not many become engaged in the mission of the church. But “Ichtus is their church,” say Marchand and Lemieux, who hope to disciple all who come. 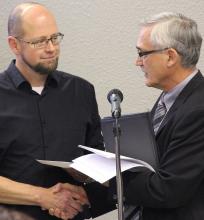