Peace conference challenges participants to care for those who are displaced 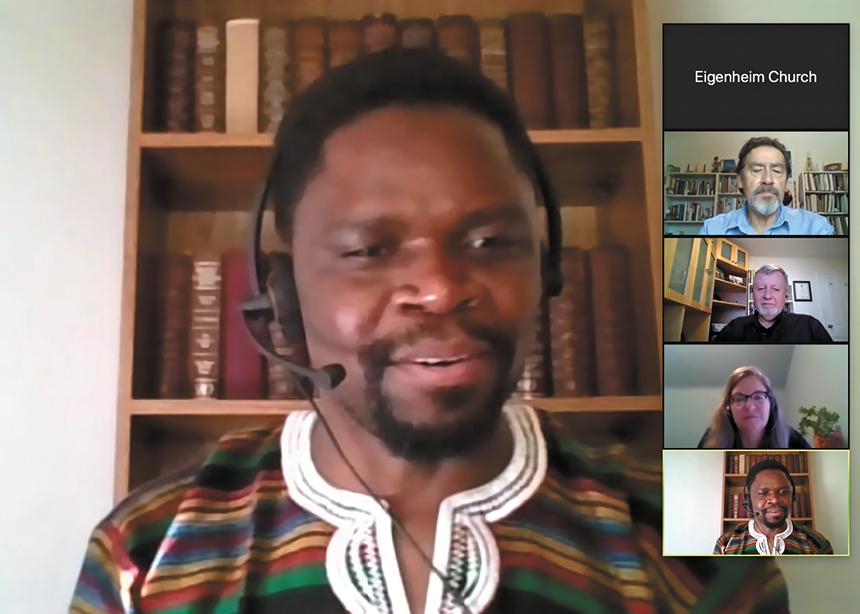 Home is where one is from, where one lives, where one belongs. But for those displaced from their homes, the concept of home may be more of an illusive dream than reality.

Amanda Dodge, who is MCC Saskatchewan’s program director, noted in her opening remarks that Mennonites founded MCC a hundred years ago as a response to the displacement of their Mennonite brothers and sisters.

In his keynote address, Doug Heidebrecht, who is director of global training with Mennonite Brethren Biblical Seminary, surveyed biblical texts through the lens of displacement.

“God loves the stranger just as he loves Israel,” he said. “God’s love overflows specifically to those who are oppressed or suffering. God’s heart is for the widow, the homeless, the family-less.”

Jesus, in Luke 10:25-37, redefines “neighbour,” turning the perceptions of his audience on their heads, said Heidebrecht. Jesus continually crossed boundaries to heal and show compassion toward outsiders. And in Matthew 25:35-40, Jesus teaches that love is helping those who are helpless and that serving “the least of these” is an encounter with Jesus.

Harry Lafond, a scholar in Indigenous education at St. Thomas More College in Saskatoon, talked about the teaching of wahkohtowin in Cree culture. Translated as “kinship,” the word refers to the interconnectedness of all created things. “In wahkohtowin,” said Lafond, “we are striving to find common ground rather than divisions.”

Vurayayi Pugeni, who is MCC area director for Southern, Central Africa and Nigeria, stressed the importance of hospitality. “Why, when we from North America travel to other countries, are we received with respect, but when these people come to North America they are questioned and ridiculed?” he asked.

Anna Vogt, who is the MCC Ottawa Office director, shared about her two years in Colombia. “I was struck by the determination of community leaders,” said Vogt. “Through telling their story to those in power, they could create change.”

The conference’s second keynote address, entitled “Addressing the global displacement crisis through development, advocacy and refugee sponsorship,” featured a panel discussion with three MCC personnel who work in the area of migration and resettlement.

Brian Dyck, MCC Canada’s national migration and resettlement coordinator, said that more than half of the 80 million people who are displaced globally are internally displaced within their own countries. The rest are refugees or asylum seekers.

“Almost all refugees go next door to places that often cannot support them,” he said, explaining that durable solutions include returning voluntarily to their home country, being assimilated into the country to which they fled or being resettled in another country.

“Almost no one gets a durable solution,” he said, adding that private refugee sponsorship in relation to the global displacement problem is like “picking at a landslide with tweezers.”

Vogt spoke of the advocacy work she does with MCC in Ottawa. “Private sponsorship is a good example of why we engage in advocacy work,” she said. “We’re trying to use a bigger instrument than tweezers.”

Vogt’s office advocates in the areas of peacebuilding, climate change, accountability for Canadian companies operating abroad, and the United Nations Declaration on the Rights of Indigenous Peoples.

Pugeni talked about the development work MCC is helping to facilitate in the Democratic Republic of the Congo, where one in 10 people are internally displaced. The Congo is rich in resources. Eighty percent of the world’s coltan, a mineral used in cell phones and computers, is found in the Congo.

“The scramble for this mineral creates a war economy,” he said. “The world is benefiting from the Congolese people.. . . What is happening in the [Congo] can be equated to a silent holocaust.”

But Pugeni sees hope in the development work MCC and its partners are doing in the Congo. One area in which they are involved is in the creation of women’s situation rooms—safe spaces where women can talk about the trauma they have faced. Another cause for hope is in the way churches in the Congo are advocating to prevent election fraud and violence.

In addition to the two keynote addresses, participants chose from an array of workshops, including:

The conference closed with a call to engage in the work of caring for displaced people and a time of prayer, led in English and Arabic by Maysoun Darweesh, MCC Manitoba’s migration and resettlement coordinator. 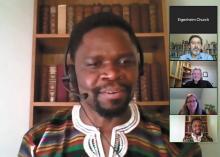 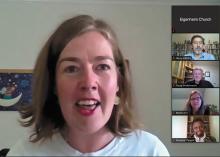 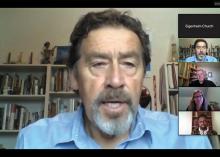 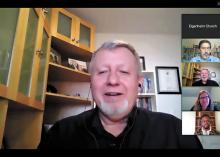