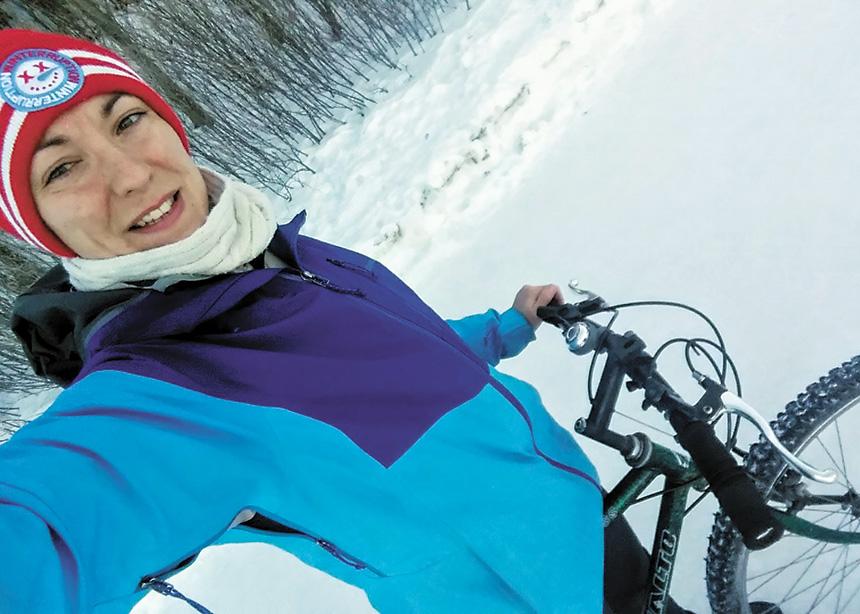 Winter BYXE Week, an event designed to promote winter cycling in Saskatoon, was held from Feb. 14 to 21. Saskatoon residents were encouraged to try cycling for winter transportation, exercise and leisure.

For Stephanie Siemens, two-wheeled transit in the city is a year-round passion.

“I participated in BYXE Week but, for me, it was about adding some fun to what I already do every day,” says Siemens, who attends Osler Mennonite Church.

“Cycling is my main mode of transportation. I do own a car, but I haven’t plated it in years.”

She first became interested in cycling when she lived in the Netherlands as part of the InterMenno program.

“In the Netherlands, cycling is seen as such a valid, viable option for getting around, and when I moved back to Saskatchewan, I wanted to try doing it more.”

Currently, Siemens cycles her way around Saskatoon to get to her two jobs and her university classes. Her longest one-way commute takes 15 to 18 minutes in the summer, and a bit longer in the winter.

“I would encourage people to give it a try,” she says. “Start small, set some easy goals, or go out with an experienced cyclist at first. Try starting in the summer, not winter. My hope would be that we can see year-round cycling as an accessible thing to do. It’s not some big feat.” 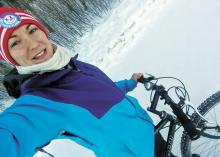 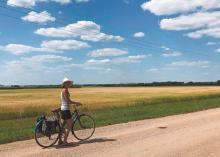